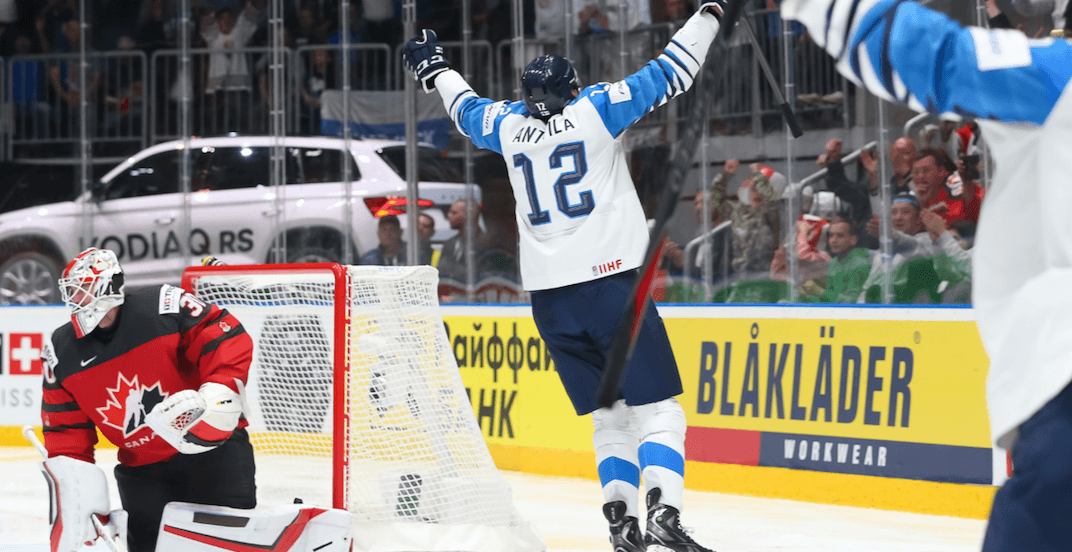 Without a single NHL player on their team, Finland has upset Canada 3-1 in the gold medal game at the 2019 IIHF World Championship.

It was the underdog Finns’ second win over Team Canada in the tournament, also defeating the Canadians 3-1 in the opening game.

The gold medal is Finland’s first at this tournament since 2011. Canada wins silver, just as they did in 2017. Canada hasn’t won gold since back-to-back world championships in 2015 and 2016.

Goaltender Kevin Lankinen was outstanding for Finland, stopping 43 of 44 shots he faced.

Finnish captain Marko Anttila scored the winning goal early in the second period, banging in a shot from the slot.

Marko Anttila scores his 2nd of the game to give @leijonat their first lead of the game! The captain has four of the last five Finnish goals.

🇫🇮 captain Marko Anttila slides one through the legs of Matt Murray to even it up. @leijonat

Harri Pesonen added an insurance marker late in the third period, securing the win for Finland. It was Finland’s second goal on just three shots in the final 20 minutes.

Canada opened the scoring in the first period, not long after Murray stopped defenceman Oliwer Kaski on a penalty shot.

Vegas Golden Knights defenceman Shea Theodore picked up the puck and danced into the slot before ripping home a wicked wrist shot midway through the first period.

Shea Theodore (@GoldenKnights) winds his way in and roofs a beauty to open up the scoring for @HC_Men!

To say the championship win by Finland is surprising would be an understatement. While Team Canada certainly didn’t send its best possible group to the tournament, they were loaded with talent compared to the Finns.

These are the superstars that just brought home the 3rd World Championship in Finland's history. This group had 0 goals in the NHL this season.

Jukka Jalonen – what a coach!

Finland didn’t have an easy road to the gold medal game, either. They defeated arguably the three best teams in the tournament, knocking off Sweden and Russia before taking down Canada.