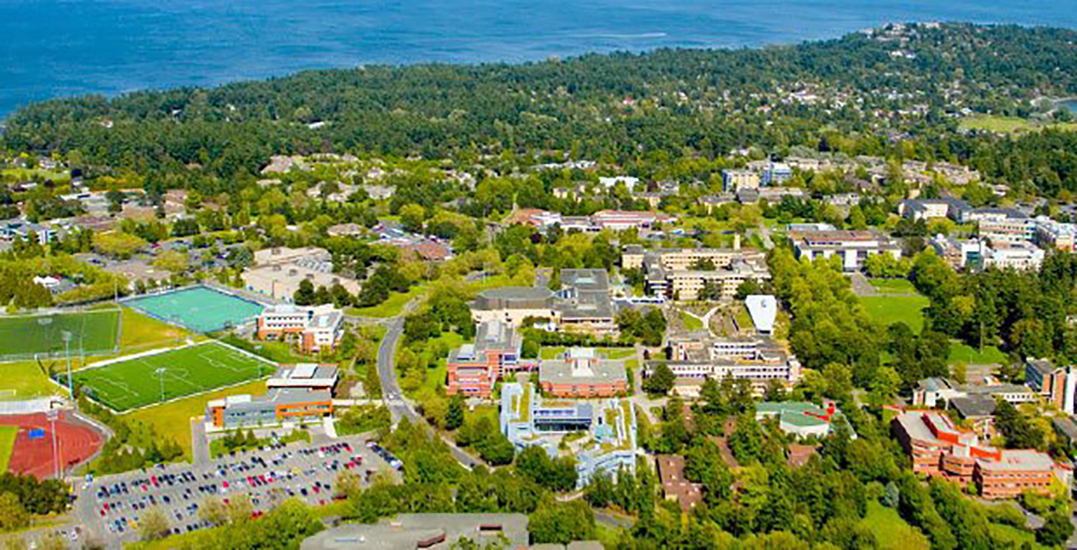 An aerial view of the University of Victoria. (UVic/Facebook)

More than 20 tickets were handed out after police responded to a large gathering at the University of Victoria (UVic).

Saanich Police say that officers attended the university last Friday, alongside campus security officers, at around 10 pm. While there they “came across a group of approximately 100 young adults gathering near the fountain outside the main library.”

Saanich Police released in a statement that there was “a complete lack of any physical distancing as well as many openly consuming liquor.”

Fortunately, when police returned the next night, they say they “witnessed a much different scene.”

“Small groups of 6-8 were gathered and adhering to distancing protocols and the majority were polite, respectful and even thanked police for being there,” says Saanich Police.

“It appears that enforcement measures had the desired effect, setting the tone for Saturday’s overall compliance at the campus. We hope others share this message with their peers because at the end of the day it’s doing everything we can to keep everyone safe in our community and beyond.”

Police also say that of the tickets issued almost all were registered students at UVic.

Daily Hive has reached out to the university for further comment.