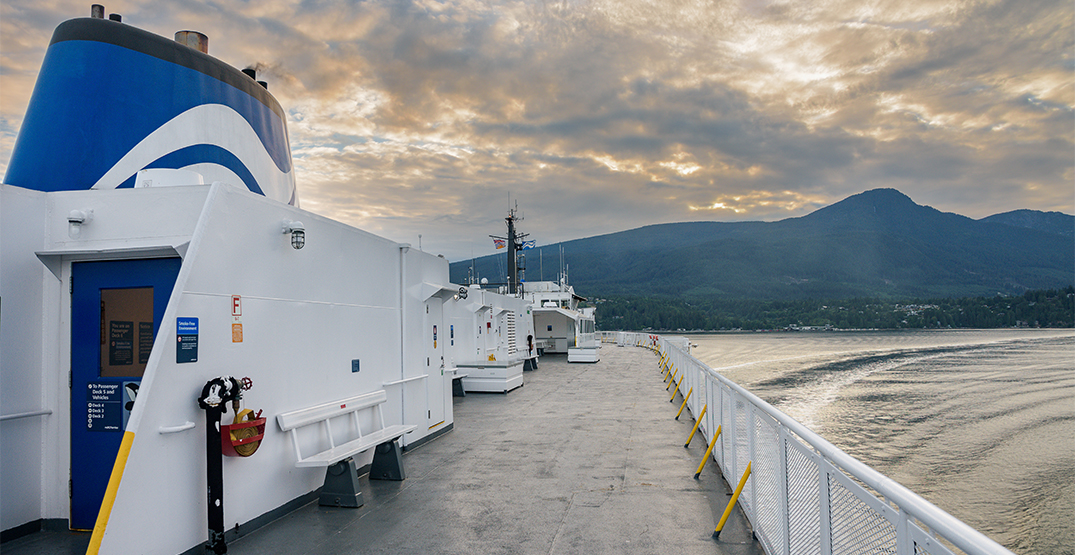 A group of passengers who refused to put on face masks caused a 50-minute delay on a BC Ferries sailing over the weekend.

The boat had to stay at the Langdale terminal on the Sunshine Coast on Sunday while police dealt with the issue, BC Ferries spokesperson Deborah Marshall said.

She said the customers were “belligerent,” and argued they were exempt from the mandatory mask policy. But when asked for proof, they failed to show it, and said they didn’t have to.

“Police spoke with the passengers and they agreed to comply by remaining in their vehicle for the duration of the voyage,” Marshall said.

The boat was the Queen of Surrey, and it was supposed to depart Langdale at 4:20 pm for Horseshoe Bay.

Masks are currently mandatory in all indoor areas of BC Ferries vessels for passengers five and up.

“We ask customers to continue to heed Dr. Bonnie Henry’s advice to be kind, be calm, and be safe. BC Ferries does not tolerate any abuse, including verbal abuse, towards its employees. Any customer who abuses an employee can be denied service.”