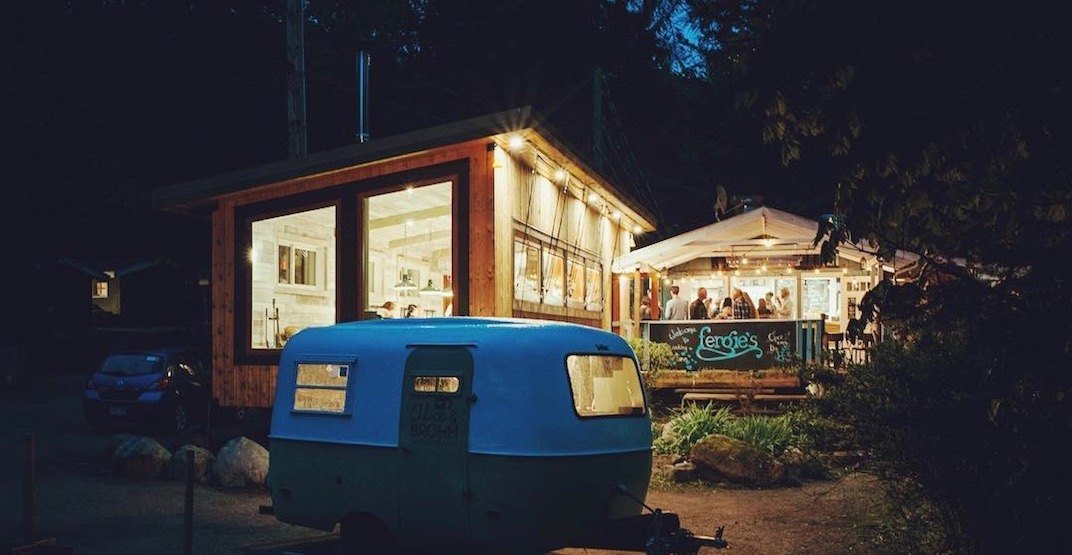 In the early hours of April 3, beloved Squamish eatery Fergie’s Café caught fire, and while no one was injured, the building itself has suffered massive damage after the unfortunate event.

Squamish Fire Rescue rushed to the scene and fought the blaze, where they managed to save the trailer from the small cafe located on the Cheakamus River.

The damage is severe, and rebuilding this spot known for its killer Caesars, filling brunch eats, and its infectious sense of community will be a feat.

The cafe’s owners stated that they were overwhelmed with the amount of support and messages of love from those who live in Squamish or frequent the eatery.

The cause of the fire has not yet been determined, but Fergie’s owners told patrons and friends via Facebook that the investigation is ongoing.

To our wonderful community,

In the early hours of Tuesday, April 3, a fire started at Fergie’s Café at Sunwolf. Squamish Fire Rescue attended to the fire immediately and no one was hurt or injured. The cause of the fire is currently unknown, however, fire crews are on the scene investigating.

“While we are devastated, we are so grateful that no one was hurt. Squamish Fire Rescue did an amazing job fighting the blaze and through their efforts may have saved our beloved trailer,” says Jessamy Freese, owner of Fergie’s Café & Sunwolf.

“We have an amazing team of people who work for us here at Fergie’s and Sunwolf. We will do everything we can to be back up and running as soon as possible. Right now, we want to thank all of the Emergency Services who raced out here to help, and our wonderful community who have reached out to us in huge numbers with messages of love and support. We are feeling very sad, but have never been more proud to call Squamish our home.”