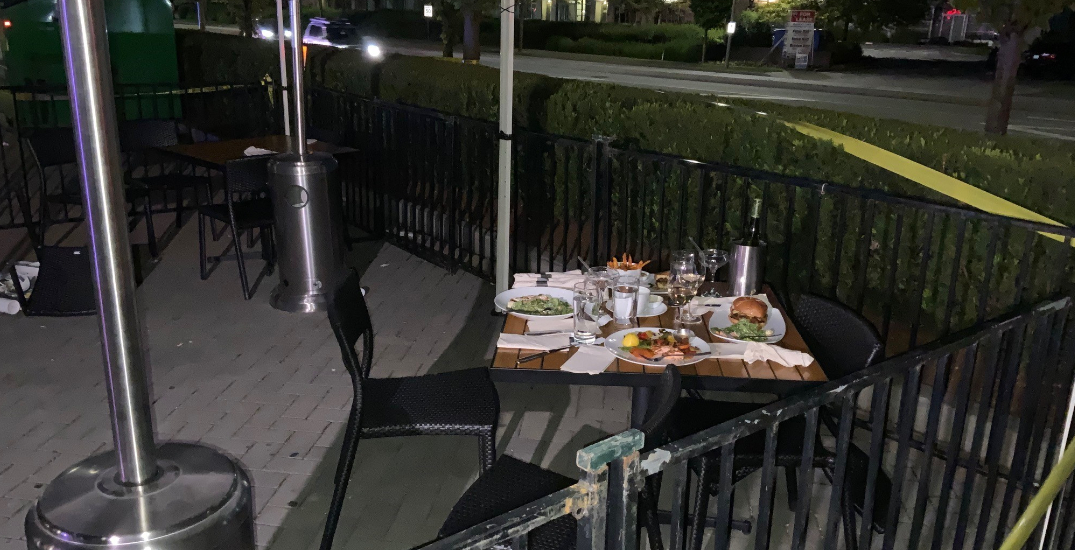 A second fatal shooting has rocked Burnaby in less than a week.

Burnaby RCMP and Gang Team officers were called to Market Crossing just after 8:30 pm on May 13 for reports of gunshots.

Upon arrival, officers located one man suffering from gunshot wounds. Despite attempts to resuscitate him, he succumbed to his injuries.

Police confirmed that two other people had been shot. They are both recovering in hospital in unknown condition.

One man is dead as a result of tonight’s shooting. Two others are suffering from gunshot wounds. An update on their condition will be delivered tomorrow. @HomicideTeam has been called to investigate. We are still gathering information. https://t.co/15wTQ2n5m3

“Based on the investigative theory in this initial phase, this does not appear to be a random act,” the RCMP said.

The Integrated Homicide Investigation Team (IHIT) has been called in to assist with the investigation.

A photo sent to Daily Hive shows what appears to be a body under a white tarp in the mall’s parking lot. Another image shows a restaurant patio cordoned off by crime scene tape.

Police say the area will be closed off for a “significant” amount of time.

One person dead and two injured in parking lot. Shooting did not happen at Patio of Cactus Club. Vehicle was parked near restaurant.
Approx. Age of Victim 24yr Indo-Canadian. Name of victim withheld. pic.twitter.com/QCvmG91KjX 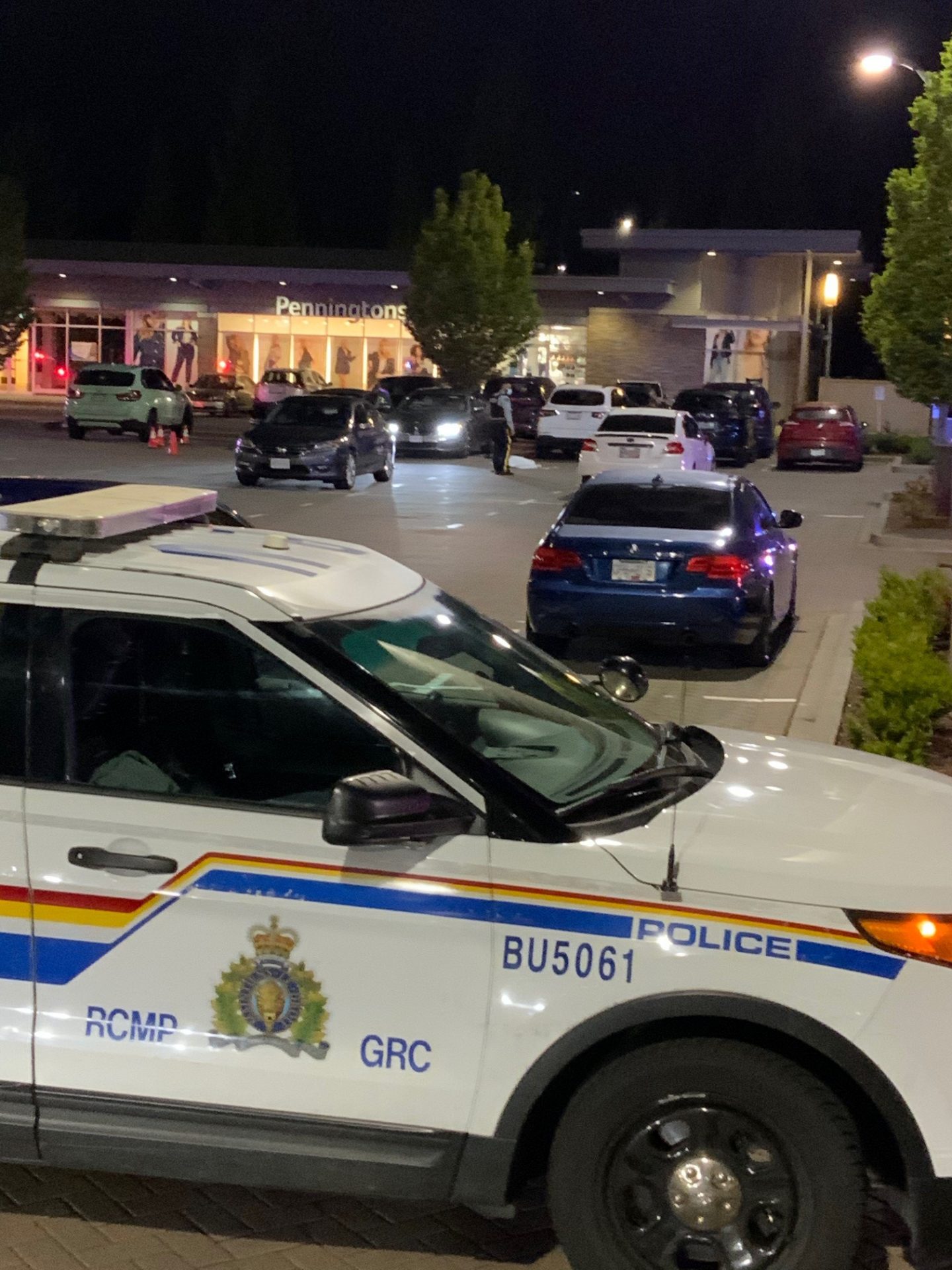 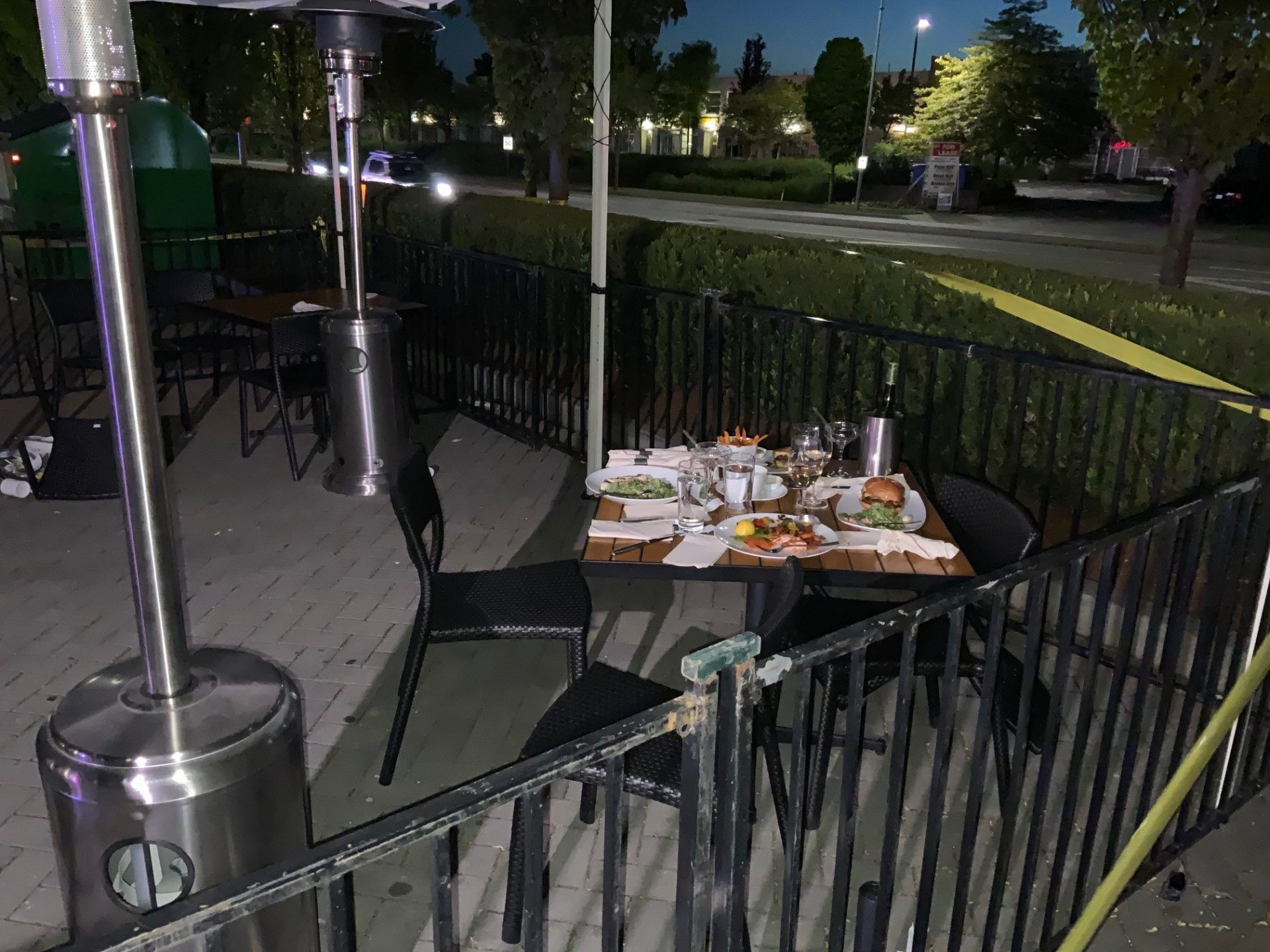