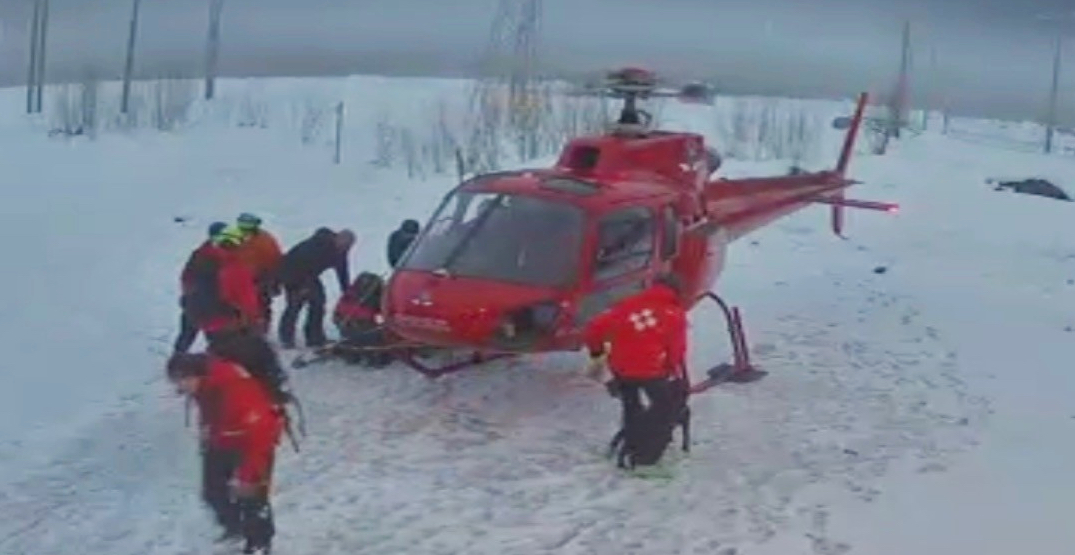 After receiving reports of multiple avalanches, Pemberton RCMP and Pemberton Search and Rescue were busy on Saturday, February 5 responding to the emergencies.

At around 1:20 pm Pemberton RCMP said that they received “multiple emergency rescue calls in a 10 minute period from the International Emergency Response Coordination Centre.”

The calls were coming from witnesses in the areas of Cassiope Peak and Mount Cayley, about two and a half hours north of Vancouver.

According to a release from Pemberton RCMP, witnesses reported three separate avalanches.

There were two on Cassiope Peak and one on Mount Cayley that reportedly buried multiple skiers and snowmobile operators.

Pemberton SAR responded today to 3 backcountry calls, 2 that were avalanche related. Assistance was requested from Whistler SAR due to the complexity and number of calls. Use good judgement and plan ahead if your heading out for winter activities. https://t.co/JYze0fIf0Y pic.twitter.com/aJDZyIUO86

Pemberton SAR attended the Cassiope area. There, they discovered a large avalanche on the north face of Cassiope Peak where four skiers were caught.

Sadly, one was found deceased. Another had serious injuries and two more were not injured.

There was a second avalanche on the Cassiope Trail Head that at least two people were caught in, but they were not injured and made their own way to safety.

According to Pemberton RCMP, a third backcountry incident was reported on Mount Cayley.

A snowmobile operator suffered serious injuries and both Whistler SAR and North Shore Rescue attended the call and got the sledder out for medical treatment.

Staff Sergeant Sascha Banks said in a release that “there is no doubt that the snowpack remains unstable, and information from Avalanche Canada and in consultation with Avalanche experts in our area shows there is an immense risk in the Sea to Sky backcountry at this stage,” they said.

“We are concerned for additional large avalanches in the coming weeks with the increase in temperatures and sunny conditions. Pemberton RCMP and Pemberton SAR are asking you to check avalanche ratings and plan your trips prior to heading out in our backcountry.”

“We also want to thank all the bystanders and those involved who assisted today and to the Search and Rescue teams from Pemberton and Whistler who continue to rescue those in dangerous situations.”

“Our thoughts are with the family and friends of all who were involved today,” they said.

Pemberton SAR Manager David MacKenzie said that they responded with the help of Whistler SAR.

“It is always difficult for our team when it is not always a positive outcome and our thoughts are with all the friends, families, and those involved today.”

Now, Pemberton RCMP will work alongside the BC Coroners Service on this investigation. Anyone with information can contact Pemberton RCMP at 604-894-6634.