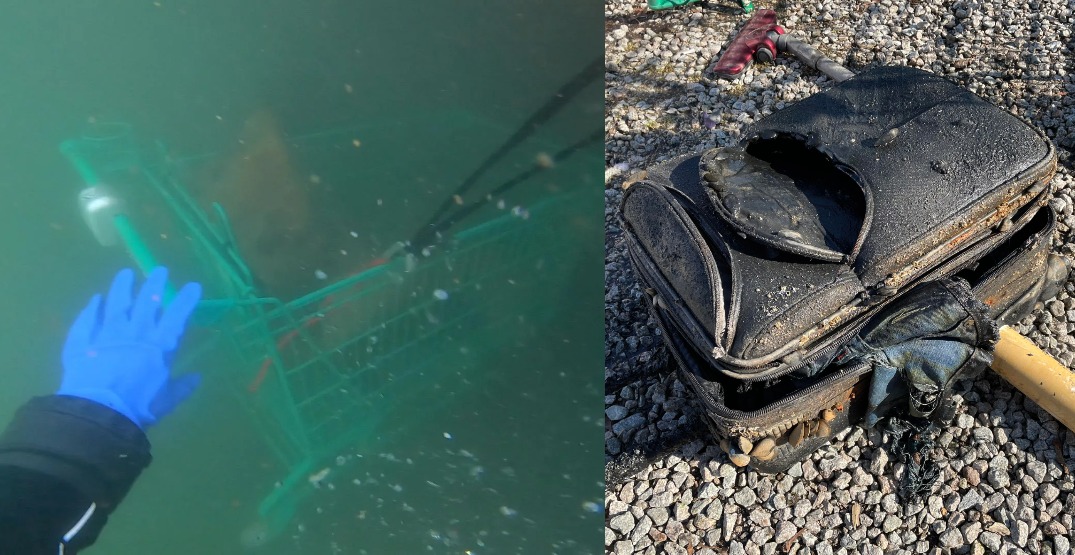 A diver from Vancouver says False Creek has the “nastiest water” in the city.

Henry Wang works with Divers for Cleaner Lakes and Oceans to clean up marine debris and help local ecosystems thrive.

He went diving in False Creek on February 26 as part of a project with the City of Vancouver and retrieved over 500 pounds of trash from the water.

“Ew, gross,” he said in the video after emerging from the water. “I can taste False Creek in my mouth.”

They wore drysuits the whole time, but the water quality at False Creek was so bad, Wang could still smell and taste it well after he left.

He posted screenshots on Reddit, inviting locals to add their two cents on what’s making the water so disgusting.

Some people say it’s because boaters are flushing their blackwater tanks into the creek.

Others say it’s because the main sewage lines for the area flow into False Creek whenever it rains.

We’ve never seen so many derelict/abandoned boats on False Creek in downtown Vancouver as we saw today — our water taxi captain thinks there are as many as 2 dozen currently! It was actually shocking. One was actually giving off smoke. Not sure who’s jurisdiction @cityofVancouver

With False Creek at the bottom of the hill, rainwater and sewage flows get mixed up and end up there.

“During periods of high rain, stormwater runoff raises the levels of flow in the combined sewage system above the capacity of the pipes designed to carry flow to the treatment plant. This excess flow during storm events (a mixture of untreated sewage and stormwater) is then released directly into False Creek,” says a report from BC’s Ministry of Environment.

Even if the few dozen boat-dwellers poured raw sewage into False Creek, it’d be a drop in the bucket compared to what @CityofVancouver discharges.

The area doesn’t have great drainage either, so a lot of junk gets stuck.

“And then you get gross ass water,” said a Reddit commenter.

Yes people living in boats dumping their raw sewage into the water has contaminated False Creek.

One person suggests that digging up all the sewer lines in the region and replacing and rerouting them could help — but that could take decades.

Not until the city of Vancouver stops pouring raw sewage into False Creek and marinas are removed. Have to get rid of those large clusters of rarely attended boats. All leaking diesel and using foreshore.

And waste treatment could clean the water, but that would also take time and cost billions of dollars.

So for now, don’t swim in False Creek, and if you do, keep your head above water.

Wang often posts videos of his dives on Tiktok, so stay tuned for his next favourite find.