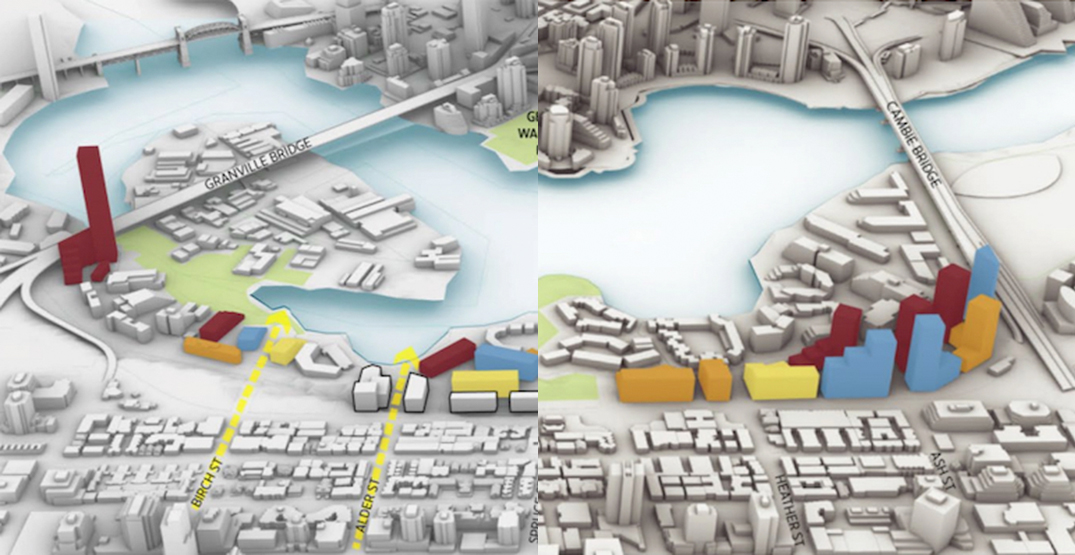 Densification in False Creek South is being contemplated to potentially add thousands of new additional homes to the highly central waterfront neighbourhood just south of the downtown Vancouver peninsula.

The City of Vancouver’s real estate division is pitching a plan to renew and redevelop a significant portion of the neighbourhood that sits on 80 acres owned by the city. The existing buildings, largely low-rise structures, were constructed on former industrial lands in the 1970s and 1980s, but all of the properties are on 60-year leases, which are now set to expire between 2036 and 2046.

It should be emphasized that the municipal government’s planning process to date is being conducted from the city’s landowner perspective. False Creek South is one of the city’s most valuable assets under the Property Endowment Fund (PEF), which is managed separately from other city properties for investment purposes.

But this will be far from being a mirror image of Concord Pacific’s North False Creek with a new skyline of towers, as the identified preferred concept by the real estate division is the mid-range density option amongst several concepts considered.

As part of the new False Creek South plan, the city block-sized parking lot at Olympic Village Station could be developed into towers. (Google Maps Streetview)

As conceptualized, it would still be a significant project, increasing the number of homes from the existing 1,849 units to 6,645 units upon full completion. The final housing tenure mix being 2,350 units of market strata leasehold, 2,020 units of market rental, and 2,275 units of non-market and co-op — roughly one-third share for each housing type, which strategically aligns with the community’s original mixed income vision.

The neighbourhood’s total floor area on the city-owned land would grow from 1.862 million sq ft today to 6.643 million sq ft in the future — from a floor area ratio (FAR) density of a floor area that is 1.3 times larger than the size of the land area to 2.6 FAR upon the completion of the first phase and 3.4 FAR upon full buildout.

Currently, the city’s land in False Creek South is home to 5,500 residents. In contrast, the 13-acre Senakw project by the Squamish First Nation at the south end of the Burrard Street Bridge is expected to accommodate up to 9,000 residents within about 6,000 homes in nearly four million sq ft of floor area.

The first phase of False Creek South would target the development of vacant and under-utilized sites, including the city block-sized surface parking lot that surrounds SkyTrain’s Olympic Village Station entrance, and creating new development sites on part of the existing berm and the decommissioned railway parallel to West 6th Avenue. By the early 2040s, False Creek South would see a net gain of about 2,000 homes upon the completion of the first phase, increasing its total to 3,770 homes.

Parcels of existing buildings in False Creek South that could be demolished for new uses, with the density relocated elsewhere in new development. (City of Vancouver)

New building heights are generally lower close to the water and in the middle of the neighbourhood, but higher at the easternmost and westernmost edges.

The plan proposes new building heights between six storeys and 28 storeys, including a new cluster of towers around Olympic Village Station and the redevelopment of the adjacent False Creek Public Tennis Club.

A 500-ft-tall residential tower is envisioned for the south end of the Granville Street Bridge, right at the entrance to Granville Island. The rationale for this taller tower is to provide a “counterpoint” to the two gateway towers at the north end of the bridge — the 493-ft-tall Vancouver House and the future 521-ft-tall tower at 601 Beach Crescent.

To support the reimagined neighbourhood, additional green space would be provided, such as an expansion of Charleson Park, and the relocation and expansion of False Creek Elementary School.

Development on the decommissioned railway could also lead to a redesign of West 6th Avenue in the area, which is a major east-west arterial roadway. The plan suggests “taming” West 6th Avenue between Alder Street and Ash Street, which currently has limited traffic signals. Traffic calming would be accomplished by adding new signals at each intersection.

West 6th Avenue would become a “complete street” with tree-lined boulevards and bike lanes on both sides, and the traffic signal-controlled intersections would lead to northward extensions of north-south streets into False Creek South.

The former railway corridor is an integral segment of the municipal government’s potential future plans to build a streetcar network serving False Creek and downtown Vancouver. The concept retains the streetcar routes in the area by placing the alignment along the north side of West 6th Avenue. 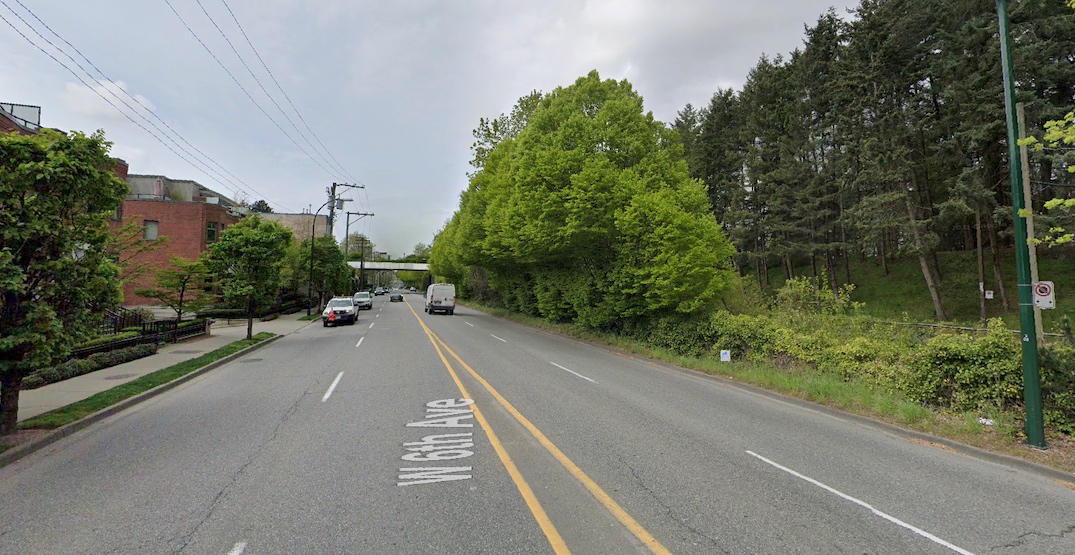 Other considerations for the neighbourhood include new flood protection measures to mitigate sea level rise, and soil remediation and utilities costs.

Under the PEP, the development of these lands is to be self-funded, without any reliance on the municipal government’s property taxes and debt financing.

But some of the parcels for non-market housing could be transferred to the city’s Vancouver Affordable Housing Endowment Fund. The non-market housing component would be funded by housing operators through a mortgage on the new building, as well as supplemental funding by the provincial and federal governments, with the city providing the land at below-market costs. The rents for co-op and non-market housing projects will be self-sustaining, with rents covering both construction and ongoing operating and maintenance costs, without any financial assistance from the municipal government.

The community plan for False Creek South has not seen any major changes since 1974, when the neighbourhood was conceptualized.