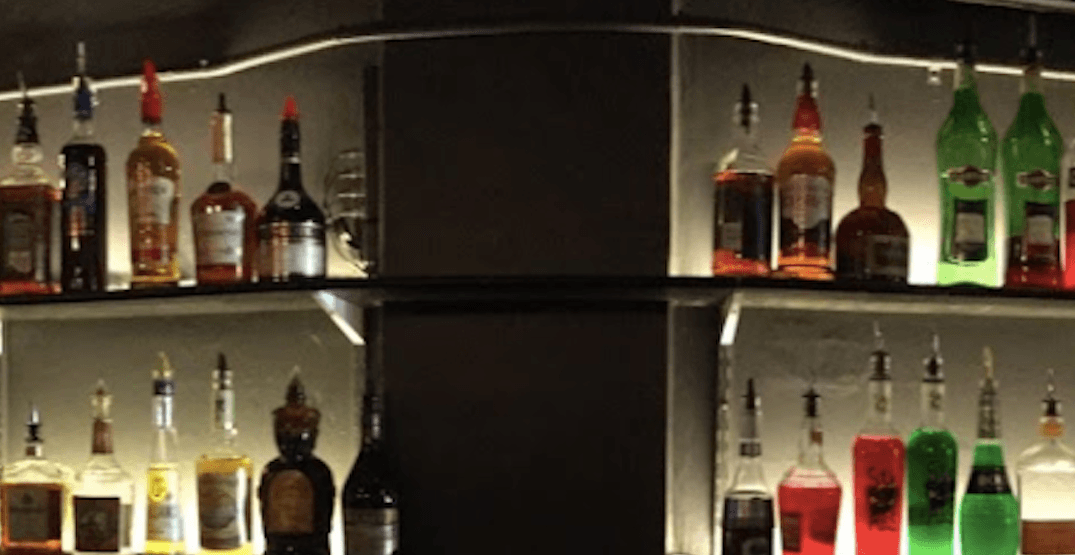 While a break-in might not be an uncommon occurrence in Metro Vancouver, one particular incident this week had a somewhat different element to it.

On Tuesday night, a thief – or thieves – broke into the business and stole a number of items, including a “computer, iPad, and some tools,” he said.

But something else was stolen in this case, as well: “A bunch of bottles of coloured water.”

Stoner told Daily Hive that these bottles are used for training purposes during the school’s bartending classes. They’re coloured to simulate different liquors, such as scotch, Jack Daniels, or even Sourpuss raspberry.

Of course, one might chalk this up to an honest mistake if it weren’t for the fact that the school features the words No Alcohol “stencilled on the big window out front,” said Stoner. In total, the thieves made off with 22 bottles.

“One can only imagine their surprise when they tried mixing up a cocktail,” he added.

Despite the setback, however, Stoner said the school still powered through with a full day of class.

“The instructor was a little rattled and almost sent them home because the place was in shambles,” said Stoner. “We got it put together and finished up a solid class.”

Now, he said, “we just need to track down a few more empties to make up for the missing bottles.”

Stoner said he called the VPD on Wednesday morning and at this point is still waiting for an officer to be assigned. “They haven’t given me a case number yet,” he said.

Unfortunately, he added, there is no surveillance footage, as this sort of thing hasn’t been an issue for the last 10 years that the school has been in its location. “It’s something we’ll need to look into next, though.”