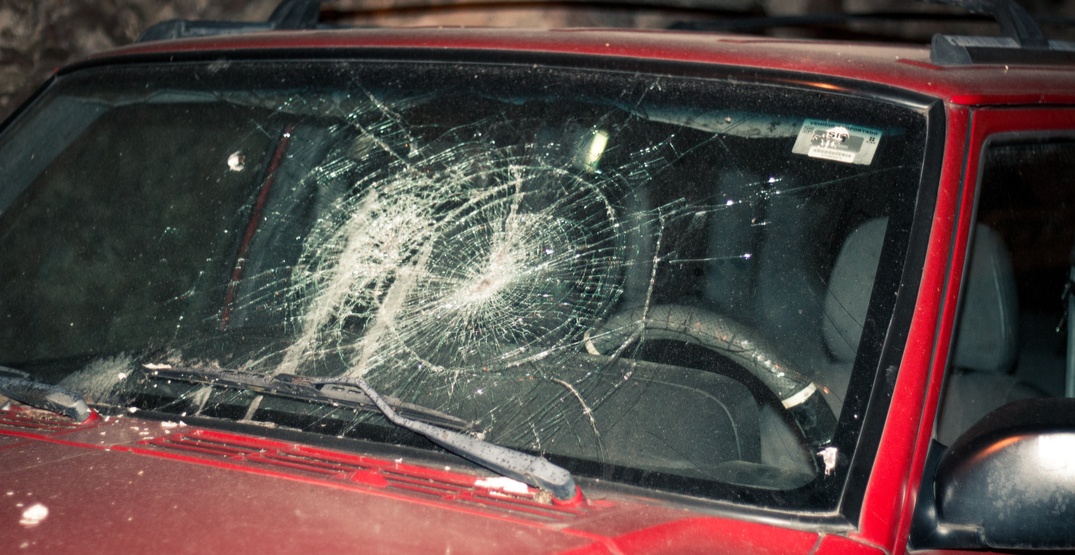 A man has been arrested after an alleged spree of window smashing in East Vancouver.

On Wednesday night, at approximately 10:30 pm, police say they received multiple reports of a man smashing car windows in the area of East 12th Avenue and Fraser Street.

Upon arriving at the scene, officers report locating the suspect. He attempted to flee police on foot. Officers responded by using beanbag shotgun rounds and arrested him after a brief chase.

The suspect, a Burnaby man in his 50s, was considered violent and armed, according to police. He had also allegedly ignored all instructions and commands from officers.

He was briefly taken to the hospital as a result of being struck with beanbag rounds, as well as for several cuts from broken glass.

“After hospital, the suspect was taken to Vancouver jail,” says Constable Steve Addison of the VPD. “He faces multiple charges, including mischief, weapons offences, and threats.”