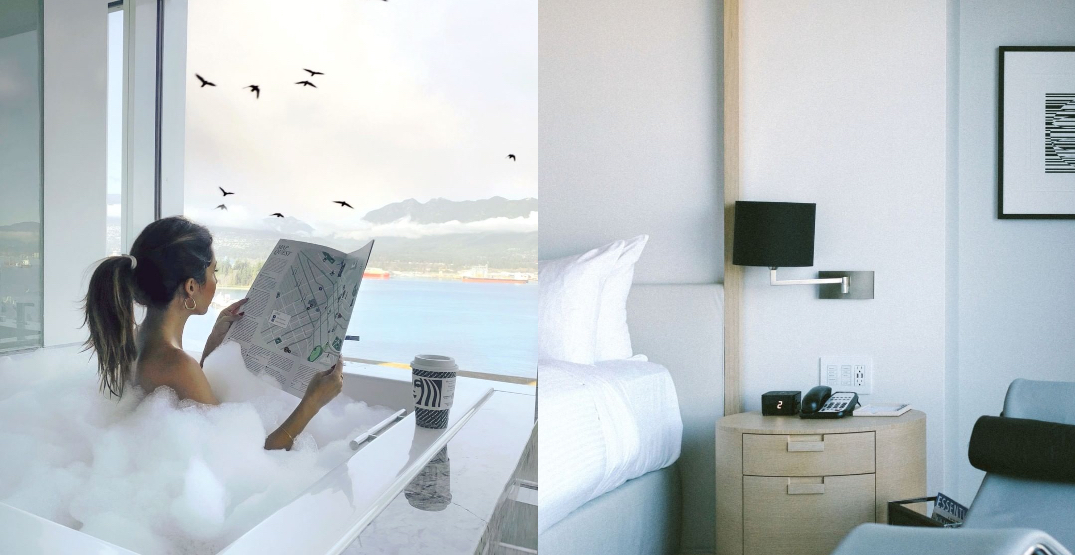 What do you look for in a hotel? Other than good room service, that is.

One of the most important things to travellers is aesthetics.

You want to stay somewhere that’s so visually appealing that it’s worth the price tag to jump under the covers of a comfy hotel bed, even if it’s just for one night. And, it has to look good for the ‘gram.

So when a report from Money.co.uk named a Vancouver icon, locals took notice.

To make their report, they combed through a ton of Instagram data to find the most beautiful five-star hotels from around the world, using how many times the hotel was hashtagged as an indicator.

While the list was topped by Dubai’s billion-dollar Burj Al Arab Jumeirah, Vancouver made an appearance on their ranking of North and Central America’s most beautiful five-star hotels.

The Fairmont Pacific Rim came in at number 16 on their list and had been tagged more than 15,000 times on Instagram. It’s the only Canadian hotel to be ranked on the list, proving that Vancouver is home to the most beautiful hotel in the country.

If you’ve ever visited, dined, or stayed at the Fairmont Pacific Rim, you might have been wowed by the architecture. Obsessed with art and design, the hotel has a number of high-profile art pieces and an eye for aesthetics.

Just think of the plant-laden botanist restaurant and its Instagram-worthy dining room. Plus, the hotel’s pool is the definition of an urban oasis.

The hotel rooms themselves, especially the suites, are stunning. This is by far one of the most breathtaking hotels in the city.

But you don’t have to take our word for it.

It’s where celebrity chef David Chang and Riverdale star Cole Sprouse both stayed when they were in the city.

If you want to book a stay at the most beautiful hotel in the country, rates start at $424 per night.