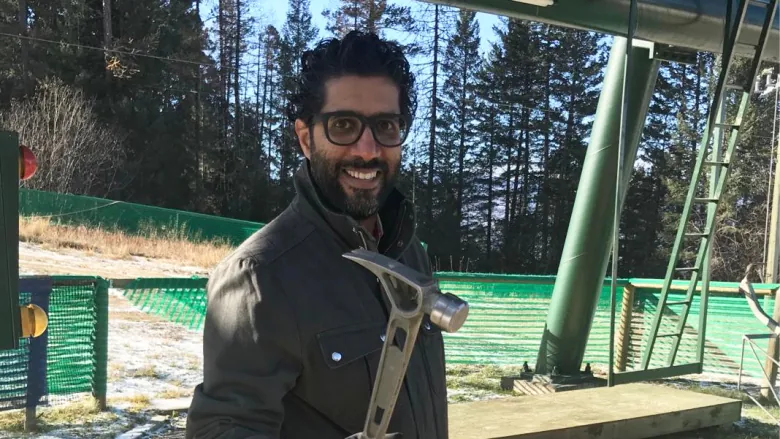 The CEO of a popular resort in BC is on leave while an investigation is underway following inappropriate comments he made at a conference.

Vivek Sharma, the CEO of Fairmont Hot Springs Resort, was speaking at the British Columbia Tourism and Hospitality Conference on March 9.

Attendees at the conference say Sharma made sexist remarks.

Since March 8 was International Women’s Day, Sharma reportedly asked the women in the audience to stand up to celebrate themselves. Then, when they got up from their seats, he reportedly said “go clean some rooms and do some dishes.”

Sharma has since apologized for the comments and resigned from several boards following the remarks.

“The Board of Directors is taking this matter seriously and has hired a third-party consulting firm to conduct an independent review into the matter,” they wrote in an update on social media.

“Any discrimination is not acceptable and Fairmont Hot Springs Resort is dedicated to creating an inclusive and diverse atmosphere, where people feel safe to work, visit or conduct business with,” they said.

The BC Hospitality Conference started with the man at the podium telling all the businesswomen in the room to go clean rooms and do dishes. #Notokay #Kickstartingthecomeback

Trina Mousseau, VP of Sales and Marketing at Accent Inns, is one of the people who first called out Sharma for his comments.

I think he just tried to apologize by insulting us further. We are the butt of his joke again. He says he did it to show politians in the room about the staffing crisis. He disrespected all women here so he can get better policy, I guess. #stillnotokay#kickstartingthecomeback

According to his open letter, Sharma is “using this opportunity” to “learn and to contribute to making the tourism and hospitality sector a safer place and one that advances the values of equality and opportunity for women, youth, Indigenous peoples, immigrants, people with disabilities and other underrepresented groups in our society.”
Daily Hive reached out to Fairmont Hot Springs Resort and Vivek Sharma for more information on what the investigation will entail and will update this story.
With files from Imaan Sheikh.
SUBSCRIBE TO DAILY HIVE'S NEWSLETTER FOR THE LATEST NEWS
Buzz Connected Media Inc. #400 – 1008 Homer Street, Vancouver, B.C. V6B 2X1 [email protected] View Rules