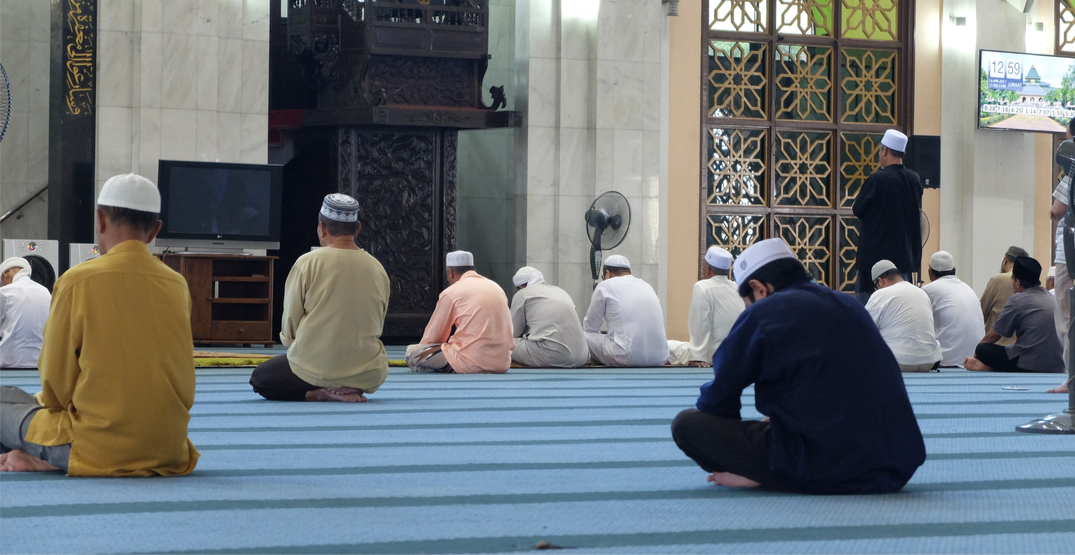 The whole country is standing with the Muslim community in Mississauga, Ontario after a would-be attacker wielding an axe was stopped by congregants and later arrested.

Ibrahim Hindy, an Imam at the Dar Al-Tawheed Islamic Centre in Mississauga, shared details of the incident on Twitter.

According to Hindy, “an individual came wielding an ax (sic) and carrying numerous other sharp-edged weapons, as well as pepper spray, to the Centre at the Fajr, the dawn prayer, on Saturday, March 19.

Today at the Fajr (dawn prayer) at the Dar Al-Tawheed Islamic Centre in Mississauga, our congregants were subject to a violent attack.

An individual came wielding an ax and carrying numerous other sharp edged weapons, as well as pepper spray. (1/3

“Before he could inflict harm on any worshippers, several congregants bravely were able to stop him in his tracks,” said Hindy.

According to Peel Police, this appears to be an isolated incident at this stage.

Officers attended the Mosque regarding an assault at around 7 am on Saturday.

“A man walked into the Mosque and discharged bear spray towards the members of the Mosque while brandishing a hatchet,” wrote Peel Police in a release.

While the members of the mosque were able to quickly subdue the man, some did receive minor injuries from the bear spray.

The suspect is 24-year-old Mohammad Moiz Omar from Mississauga, and the 12 Division Criminal Investigation Bureau is “considering all possible motivations, including hate-motivation for the incident as charges are pending,” said Police.

If you have information on the investigation, you’re asked to reach Peel Police.

The investigation is ongoing and the police say they will remain in the area to “offer reassurance to the community and the Mosque and provide additional support to those affected by the incident.”

After the attack, the Mosque’s Iman says that their “community will never be broken, and we refuse to be intimidated.”

I am incredibly grateful for their heroism, and my heart goes out to the Dar Al-Tawheed Islamic Centre community who were attacked this morning.

There is NO place in our province for such evil and hateful acts. We must ensure those responsible are brought to justice.

The attack on congregants at the Dar Al-Tawheed Islamic Centre is incredibly disturbing. I strongly condemn this violence – which has no place in Canada – and I’m keeping the community in my thoughts today. I also want to applaud the courage of those who were there this morning.

Both leaders applauded the courage and heroism of the community and reiterated that violence and hate have no place in Canada.