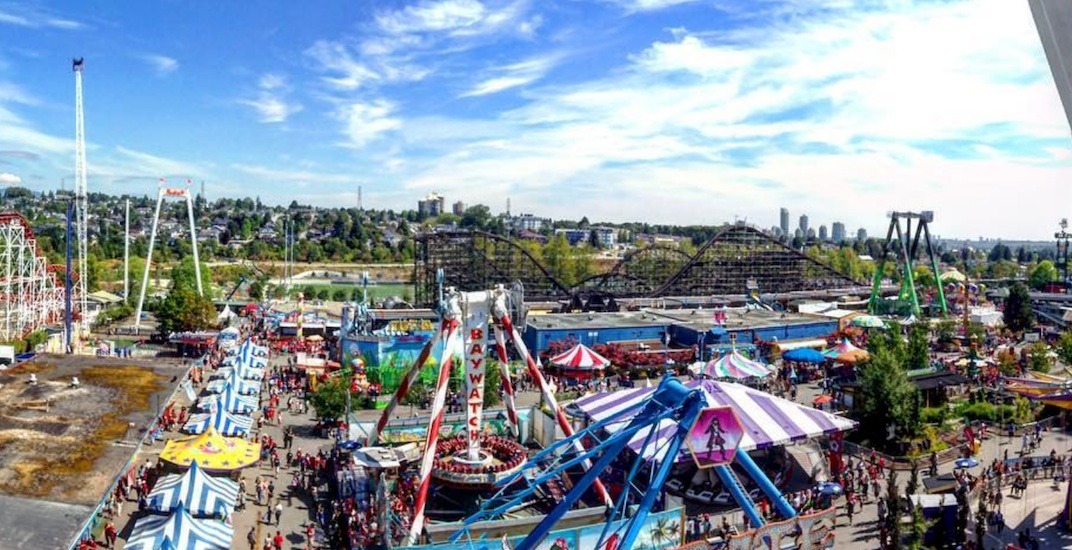 Aerial of The Fair at the PNE during the 2017 opening weekend. (aye.1ne / Instagram)

New programming, discounts, and optimal weather conditions throughout this year’s 15-day Fair at the PNE provided a boost for event’s attendance during its 107th year.

According to PNE officials, a total of 722,466 attendees passed through the gates of the 2017 Fair, marking a slight increase of just over 10,000 attendees over the previous year. This is equal to an average daily attendance of about 48,200 people.

“Ensuring we have the right mix of shows, exhibits and attractions to appeal to British Columbians of every age is a significant undertaking,” said PNE President and CEO Mike McDaniel in a statement.

“The entertainment mix at this year’s event, which combined its strongest Summer Night Concerts lineup ever, historical favourites such as Superdogs, along with some strong new programming like the Northern Light Sky drone show and the Hockey Hall of Fame exhibit amounted to the most positive early guest survey results in recent memory. We are very proud of the Fair we put on, and are thrilled so many British Columbians agreed it was one of our best.”

This year’s Fair was not impacted by weather, as sunshine prevailed for almost the entire duration of the Fair period. Just 6.6 mm of rain fell over the span of two days during late night and early morning periods.

A number of discounts such as free admission on Tuesdays and $1.50 admission during the opening weekend, celebrating Canada 150, were also reasons for the uptick in attendance.

The 2017 attendance was the second highest attendance since 2013, which was the first year the Fair was scaled back from 17 days to 15 days, with the fairgrounds closed on both Mondays.

Annual attendance at the Fair at the PNE