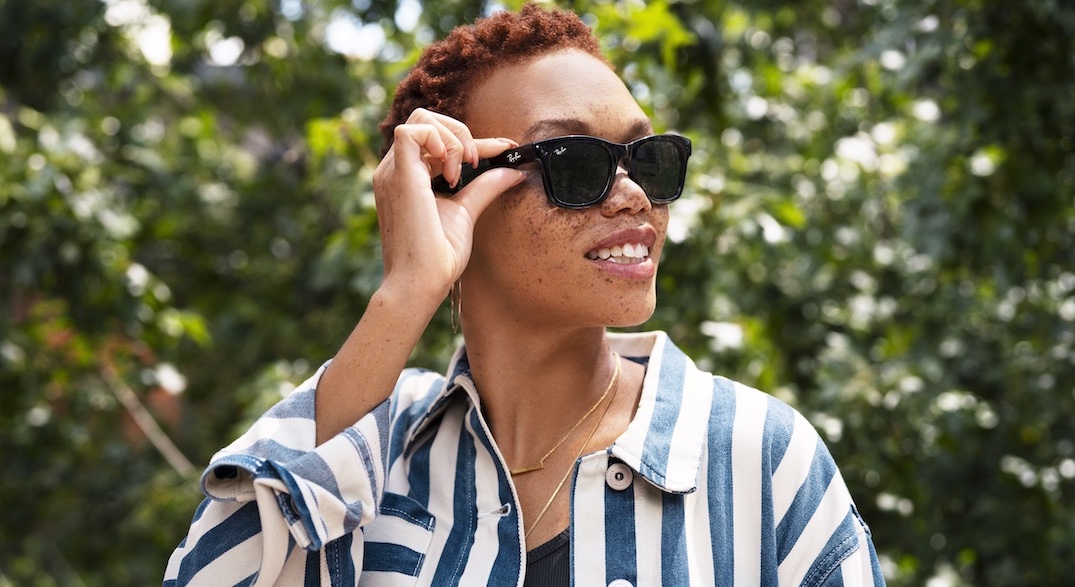 Facebook and Ray-Ban have released what they are calling the “next generation of smart glasses” in the new Ray-Ban Stories.

Yes, Facebook has come up with its own AR glasses in collaboration with one of the largest companies in the world known for the product.

The new product provides a way to capture, share and listen to moments, all through the touch of your fashionable sunnies.

The lightweight device looks like standard Ray-Ban sunglasses, but with built-in technology to support all-day wear, a dual integrated 5MP camera to capture photo and video, discreet open-ear speakers, and a three-microphone audio array to deliver rich voice and sound transmission for calls and videos. 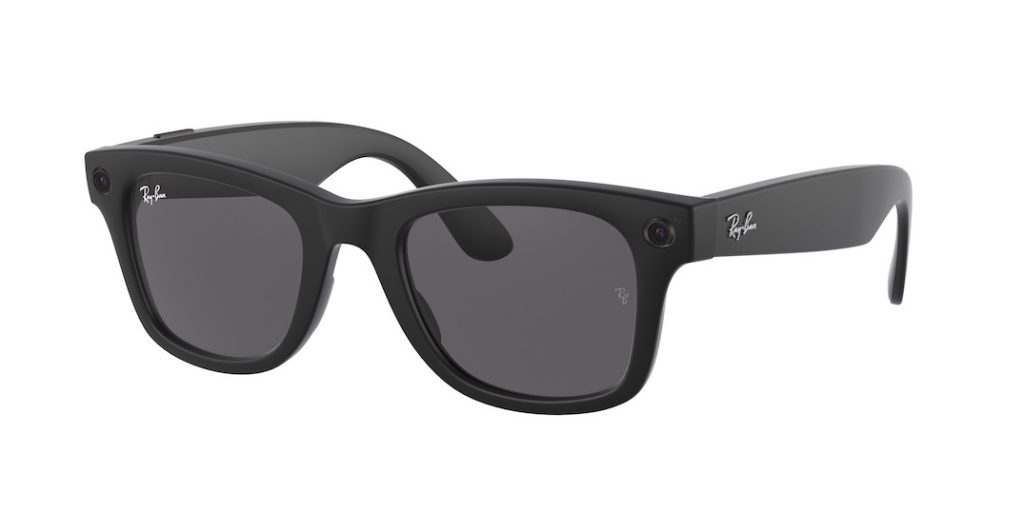 Using the sunglasses as a recording device or camera is quite easy to do. A manual comes with the sunnies (packaged in a charging case) that include instructions on each of the buttons (such as the capture button that needs to be pressed once to record a video or pressed firmly to take a photo). The side of the sunglasses also includes a touchpad (yes, actually) that helps control playback, adjusts volume, and manages calls.

The sunglasses’ speakers allow for clear communication and a seamless transition from a phone call on the device to capturing a moment through a photo. 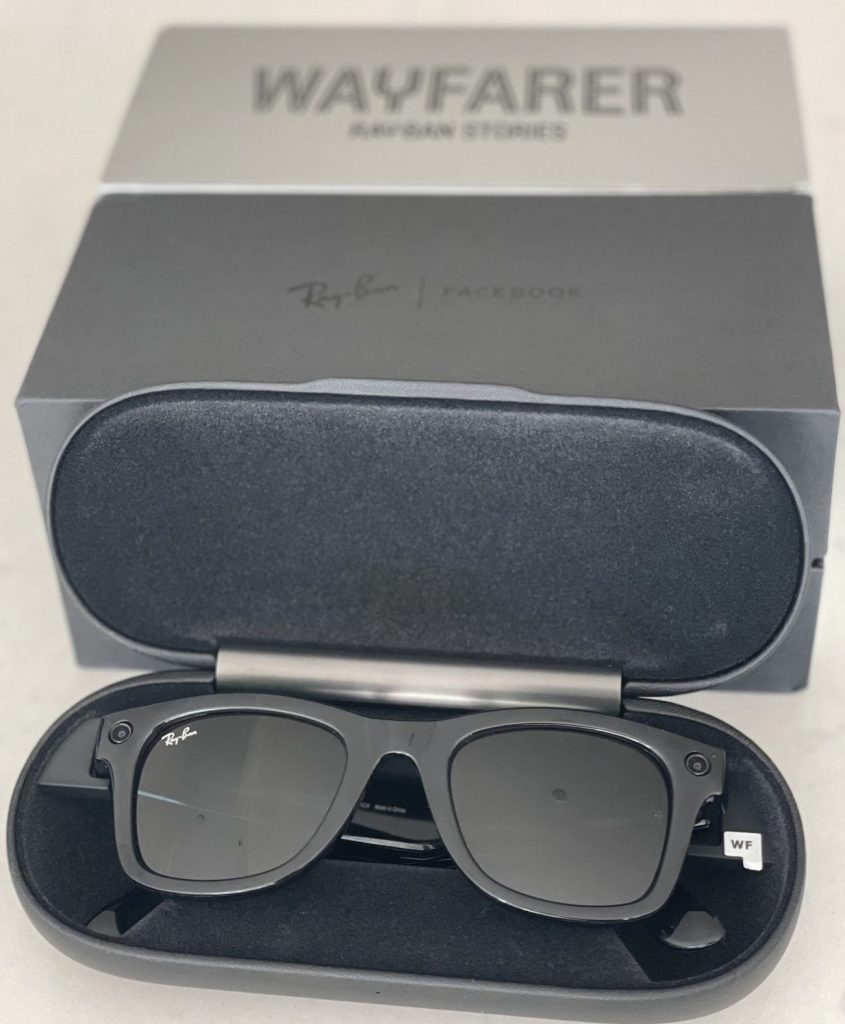 We’re all used to our “Hey (insert device name)” commands, and Facebook has a new one to go with the Ray-Ban Stories. The Facebook Assistant, which is only available in English, allows you to command Facebook to take your photos without hitting the buttons. The use of Facebook Assistant for voice command capture is optional.

The image capturing is crisp in photos; the colour and resolution definitely look like a regular smartphone picture — not one from a pair of Ray-Bans.

Additionally, videos and phone calls are clear in sound when using the device. Not only can you make calls, but the built-in Bluetooth and 3-microphone audio allow you to listen to media from any app on your phone. 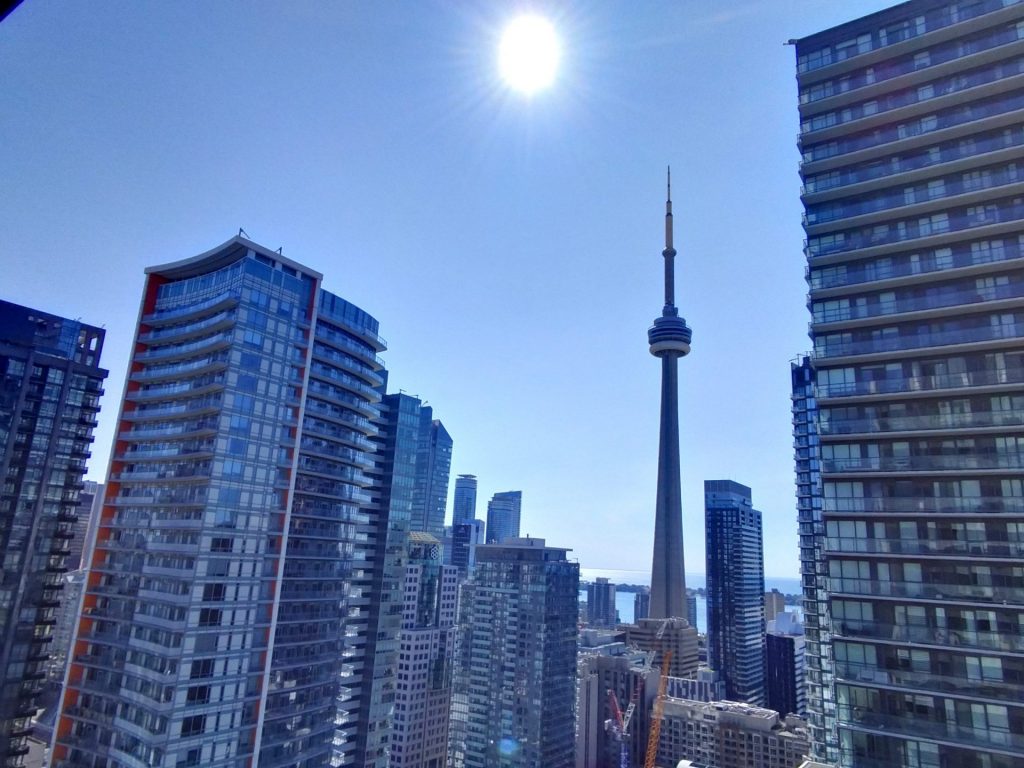 Facebook and Ray-Ban Stories’ photo captured on the glasses

“For example, we have hardware protections like a power switch to turn off the cameras and microphone, as well as the aforementioned capture LED hardwired to the camera that shines a white light when you’re taking photos or videos to notify people nearby,” states Facebook in a blog post.

“By default, Ray-Ban Stories smart glasses collect data that’s needed to make your glasses work and function, like your battery status to alert you when your battery is low, your email address and password for your Facebook login to verify it’s really you when you log into the Facebook View app, and your WiFi connectivity. You can opt-in to share additional data —which includes things like the number of images you captured or how long you spend taking videos — with Facebook for product development, improvement, and personalization.”

It also states that you can turn off voice storage and/or Facebook Assistant in Settings.

The glasses can only be paired with one account at a time. According to the tech giant, if you lose your Ray-Ban Stories smart glasses and someone tries to pair them with a new phone and Facebook account, any data and media left on the glasses will be automatically deleted. 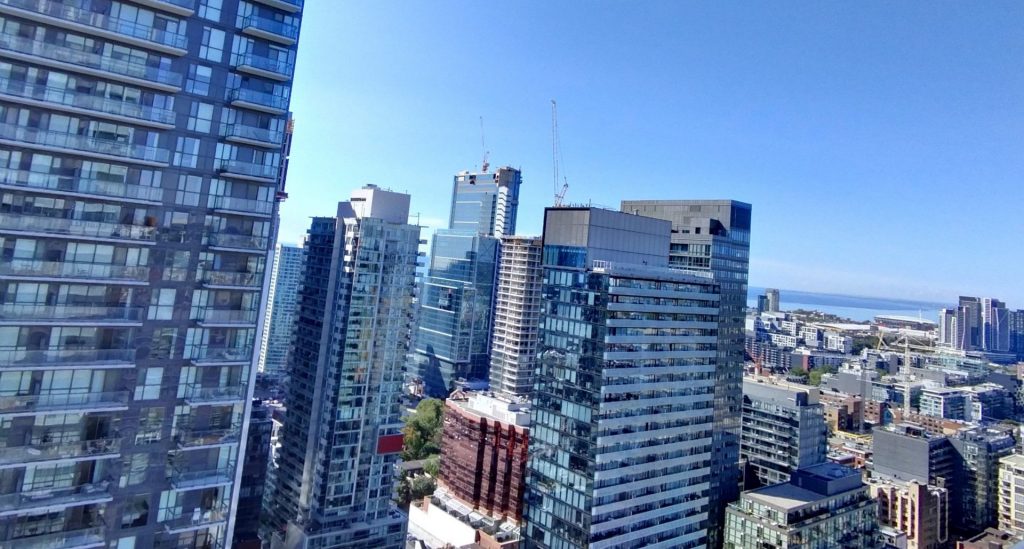 Facebook and Ray-Ban Stories’ photo captured on the glasses.

“Ray-Ban Stories is designed to help people live in the moment and stay connected to the people they are with and the people they wish they were with,” said Andrew Bosworth, Vice President, Facebook Reality Labs. “We’re introducing an entirely new way for people to stay connected to the world around them and truly be present in life’s most important moments and to look good while doing it.”

Ray-Ban Stories are available at Ray-Ban stores and Ray-Ban.com beginning September 9 in Canada, starting at $369. You can choose from various lenses, including sun, prescription, polarized, gradient, Transitions, and clear.