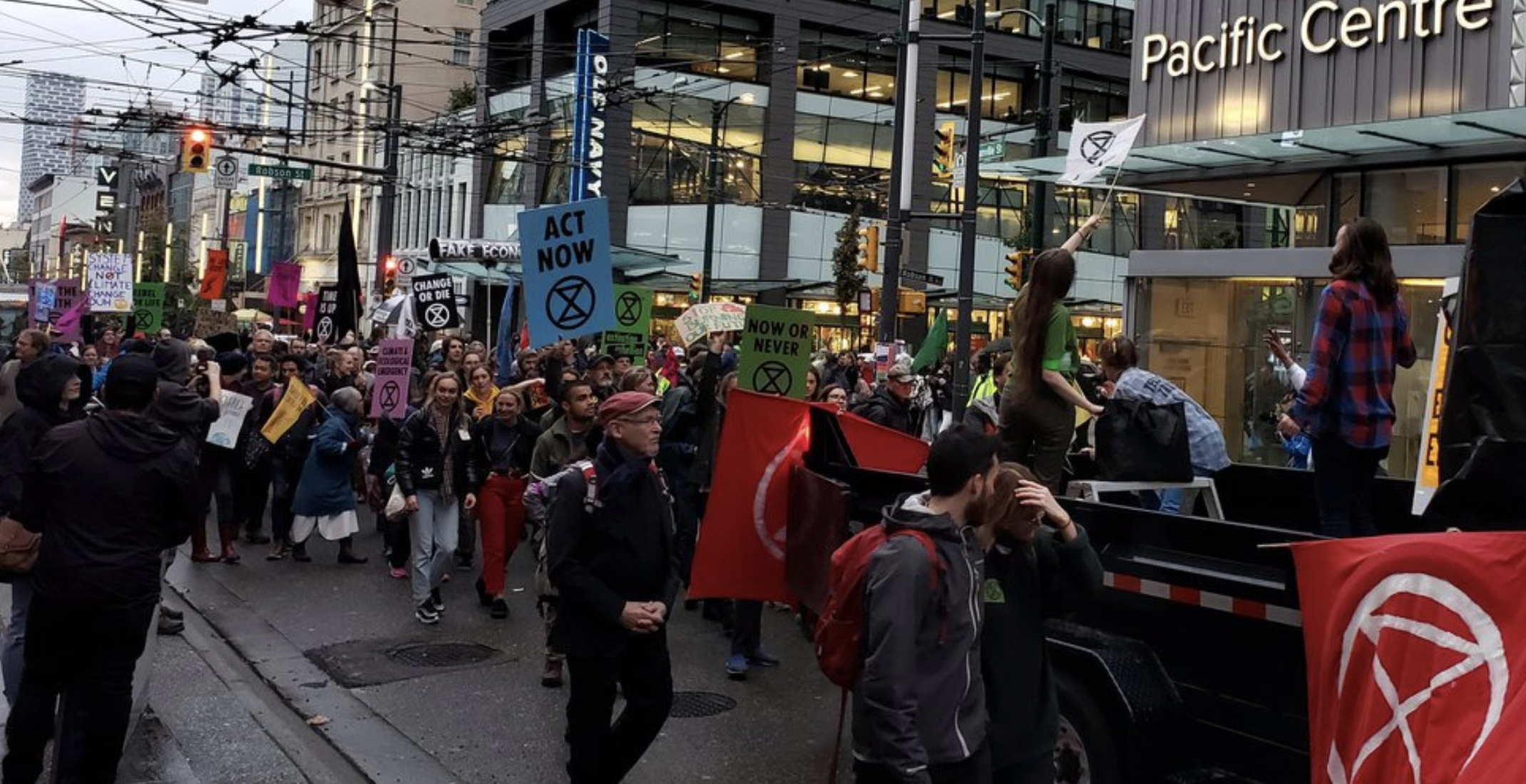 Your Friday commute could face serious delays due to a climate protest currently taking over the streets of downtown Vancouver.

Climate activist group Extinction Rebellion is holding a “Downtown Snake March” and protesters are making their way through the downtown core without a planned route.

The group has posted pictures and videos on social media showing the large crowd of activists slowly moving towards Robson Street.

#ExtinctionRebellion Vancouver rebels having a dance party on the streets! pic.twitter.com/M7Sy5lra78

One video appears to show a protester dancing on a trailer attached to a black pick-up truck travelling along with the demonstrators. Extinction Rebellion told Daily Hive protesters are pushing the truck by hand.

Extinction Rebellion has not specified how long the march will last.

Vancouver Police are updating the public on the protest route and any possible delays.

The group was responsible for shutting down the Burrard Street Bridge for over 12 hours on October 7. The VPD was “forced to arrest” 10 people who refused to leave the bridge.