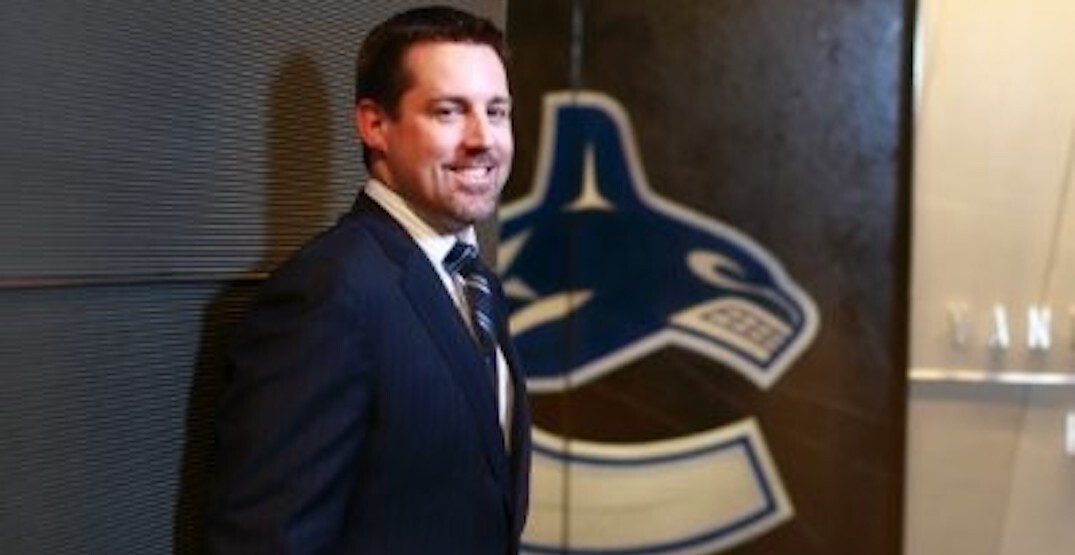 Former Vancouver Canucks assistant general manager Chris Gear used his first ever tweet to express his gratitude for time spent with the organization.

Gear was fired Friday in a further shakeup of the team’s front office.

“I am disappointed that my time at Canucks Sports & Entertainment has come to an end, but grateful to have been an integral part of the organization for almost 12 years,” Gear wrote in a statement he tweeted. “Though there were ups and downs on the ice, I have many great memories of our successes and of the colleagues I worked with on the hockey and business side to create incredible experiences at Rogers Arena.

“I would like to thank Victor de Bonis for bringing me to CSE and mentoring my transition from a lawyer to a sports executive, Jeff Stipec and Trent Carroll for fostering my growth as a leader, Trevor Linden for recognizing that I could make a difference in hockey operations, and Jim Benning for appreciating my work enough to promote me. A group of high-character individuals that I now join on the other side.”

Time for my first ever tweet. A reflection on the last 12 years. pic.twitter.com/NWRZ3ekgXi

Gear had been with Canucks Sports and Entertainment since 2010, working initially on the business side.

He worked as the vice president and general counsel, but began helping hockey operations about six years ago. Jim Benning promoted Gear to assistant general manager on January 7, 2020.

“On behalf of the entire organization, I would like to sincerely thank Chris and Jonathan for their dedication and commitment to the Vancouver Canucks,” said Stan Smyl in a media release.

“They contributed greatly at both the NHL and AHL levels during their many years of service and played important roles across Canucks Sports and Entertainment business operations and community initiatives. They are both talented, hardworking people who will no doubt have success in the next chapters of their careers. We wish them all the best.”

The moves came day after Jim Rutherford was announced as the team’s new president and interim GM. TSN’s Farhan Lalji is reported the decision to let go Gear and Wall were “in the works” before Rutherford was hired.