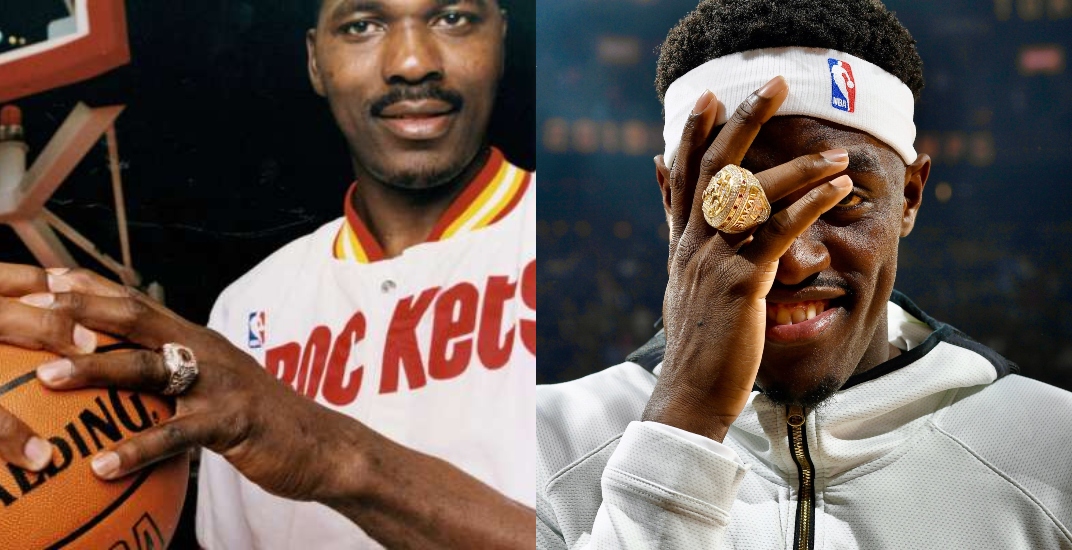 In the sporting world, there isn’t just one ring that rules them all.

It’s been a long-standing tradition in the world of North American sports for the winning organization to issue rings to the players and coaches of its championship team.

It began with hockey back in 1893 and is now commonplace for not just the NHL, but also the MLB, NFL and NBA.

In the tradition’s humble beginnings, the rings handed out were not much more than the size of a wedding band with a simple design specific to each sport, but over the years that has changed.

Boy, has it ever.

Hakeem Olajuwon and the Rockets 1994 champ rings vs. Kyle Lowry and the Raptors 2019 champ rings…

In all four leagues, rings have gotten larger, fancier, and flashier with each ring seeming to one-up its predecessor in an attempt to make more of a statement. With more money in professional sports, there is more spending on things like rings to the point where these things are now worth the same as a down payment on a house.

The Toronto Raptors, who just received their rings for the franchise’s first-ever championship last season, continued this trend with a ring that has set records for size and number of diamonds.

With the Raptors’ historical ring unveiled, let’s take a look back at how it got here with an evolution of NBA championship rings over the past 25 years.

I'm a lakers championship ring collector. This is a real ring given to the players in 2000. What y'all think? #rings pic.twitter.com/quTe2k43sm

We can all imagine what it would be like to play alongside Kobe & Shaq but few had the opportunity. However, on 2/24 one bidder will win the spoils of that partnership and take home this 2002 #Lakers Championship ring, previously owned by PF Samaki Walkerhttps://t.co/XImGX6wvL6 pic.twitter.com/ix3vOiWY1u

2009 Lakers Championship Ring. Designed by the one and only @JasonofBH. pic.twitter.com/Pqk0tbXjON

Everything you need to know about the 2012 Miami HEAT Championship Ring. 1/2

ICYMI: A look at how the Warriors & Jason of Beverly Hills put together the 2017 NBA championship ring https://t.co/otthcIU3WL pic.twitter.com/CmAqgtppZJ

Check out the ring @warriors players received for their work in the 2017-2018 season! #Warriors #NBA https://t.co/pzzH2h8gcs pic.twitter.com/oMp3Sq0fhO