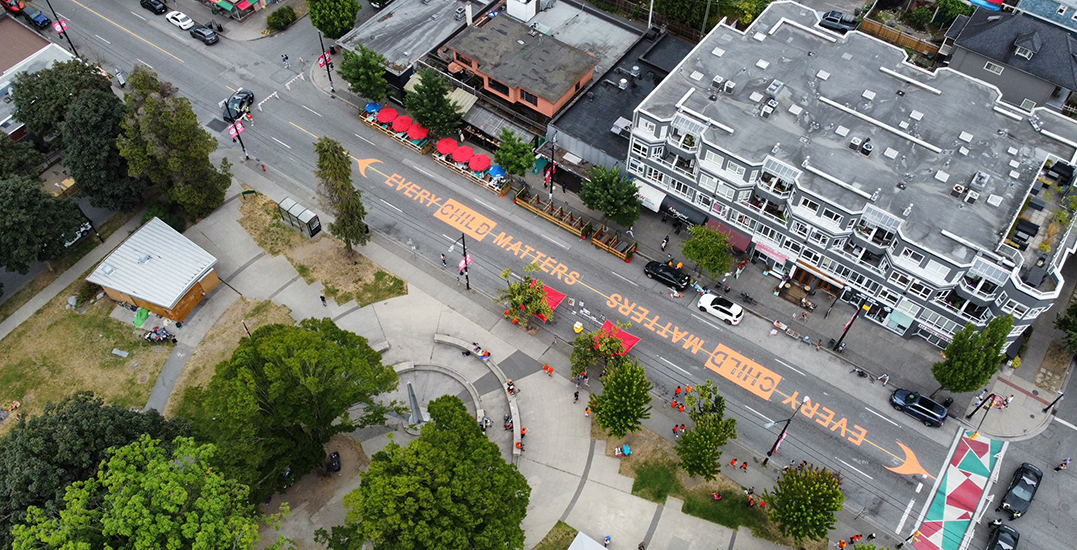 A striking “Every Child Matters” street mural was painted on Vancouver’s Commercial Drive on Thursday morning.

The public art is approximately one block in length and located near Grandview Park. It was conceived and created by Haida artist Tamara Bell, alongside a number of other artists and volunteers.

The City of Vancouver tells Daily Hive Urbanized that the mural serves as “a meaningful response and creative expression addressing ongoing systematic racism facing the Indigenous community,” as well as the recent discoveries of unnamed graves of hundreds of Indigenous children across the country. 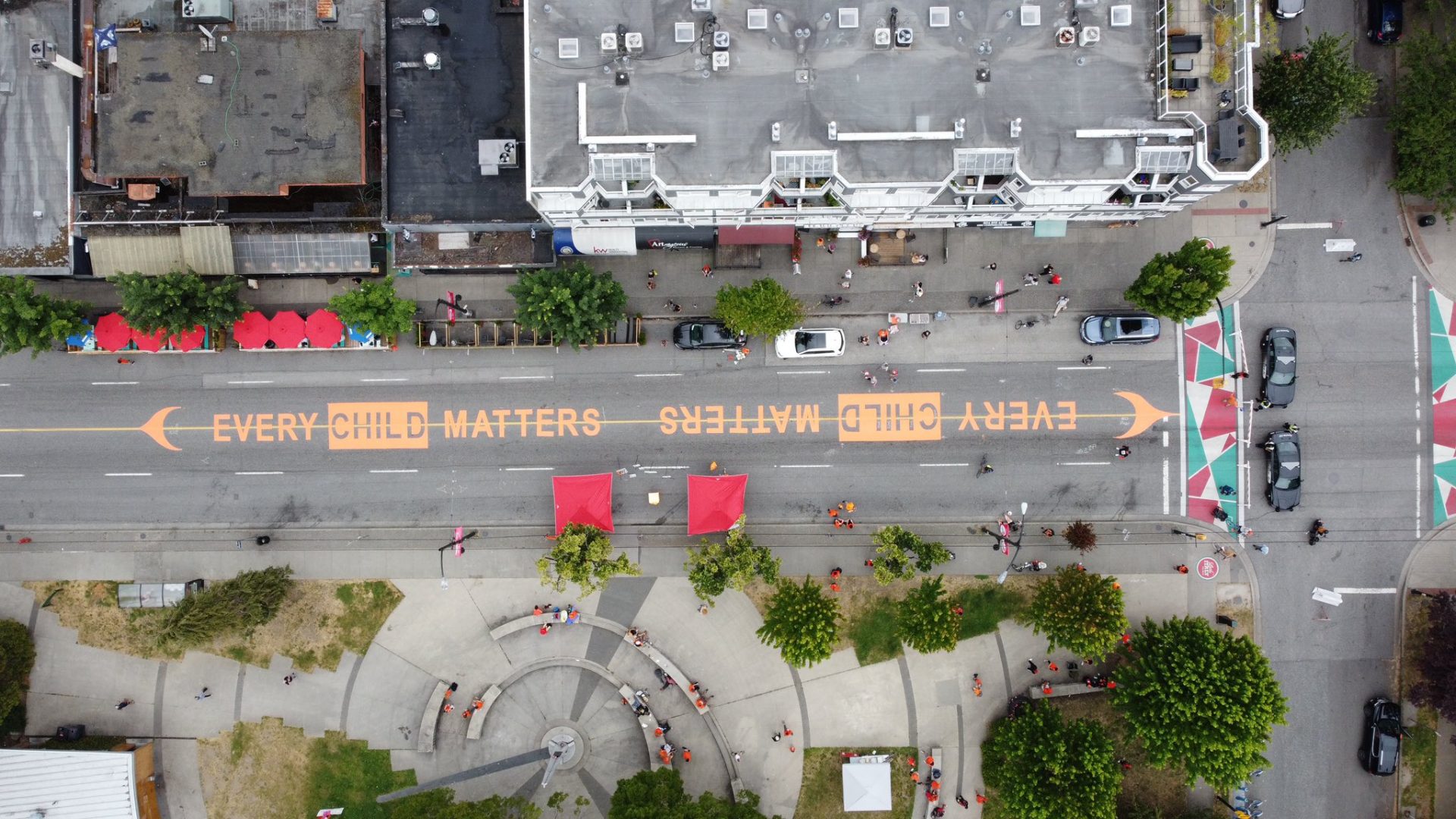 “We recognize the lasting impact of colonialism in our communities today,” the city tells Daily Hive in a statement. “As a City of Reconciliation, we remain committed to upholding the Calls to Action identified by the Truth and Reconciliation Commission, including informing our residents and staff about the truth of what happened in residential schools.”

Although public art is meant to be permanent, street murals, specifically those on public roadways, are temporary in nature. The City of Vancouver says that this is “consistent with the artist’s intent for this piece” and that they’ll continue working with Bell in the future. 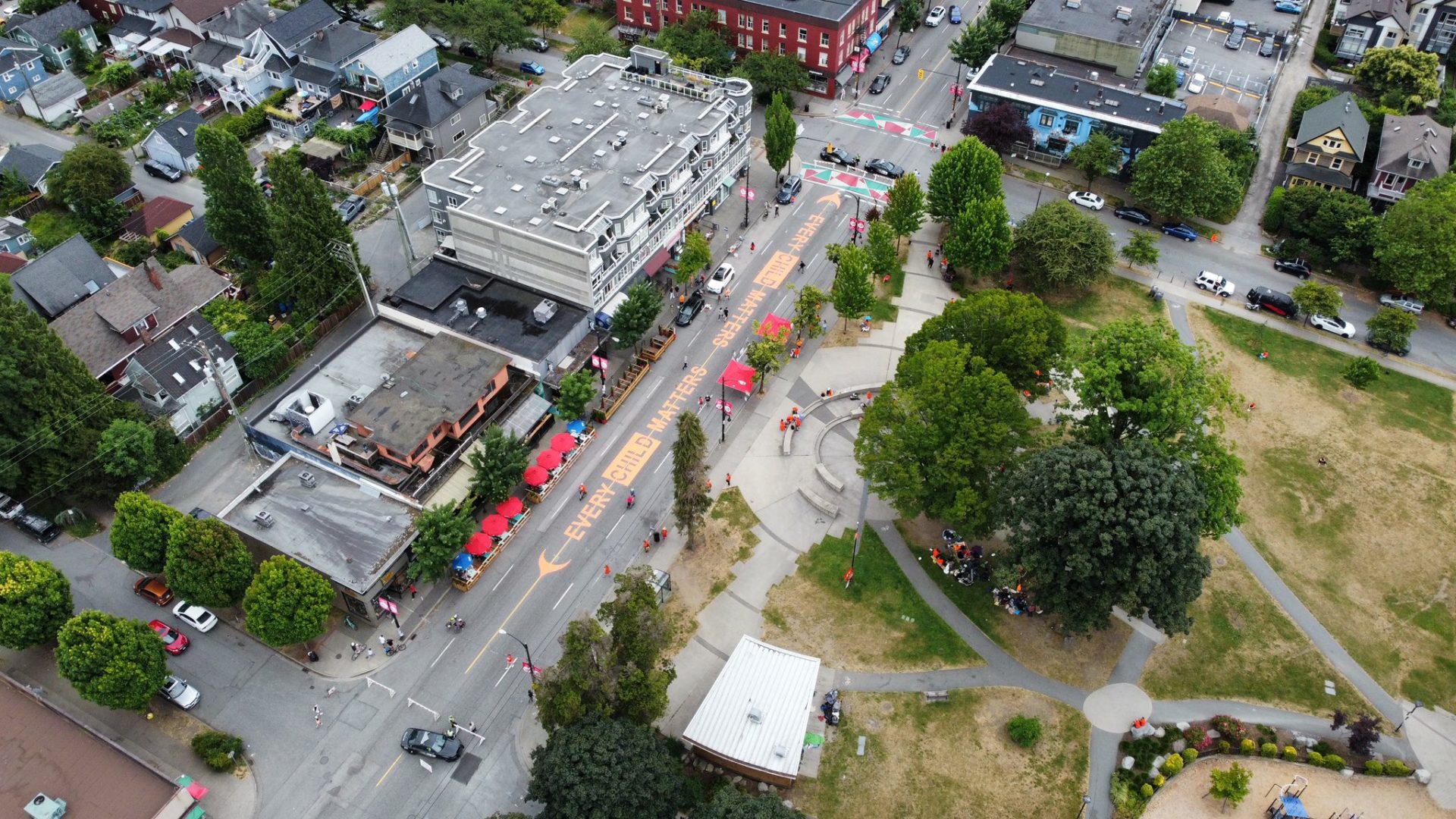 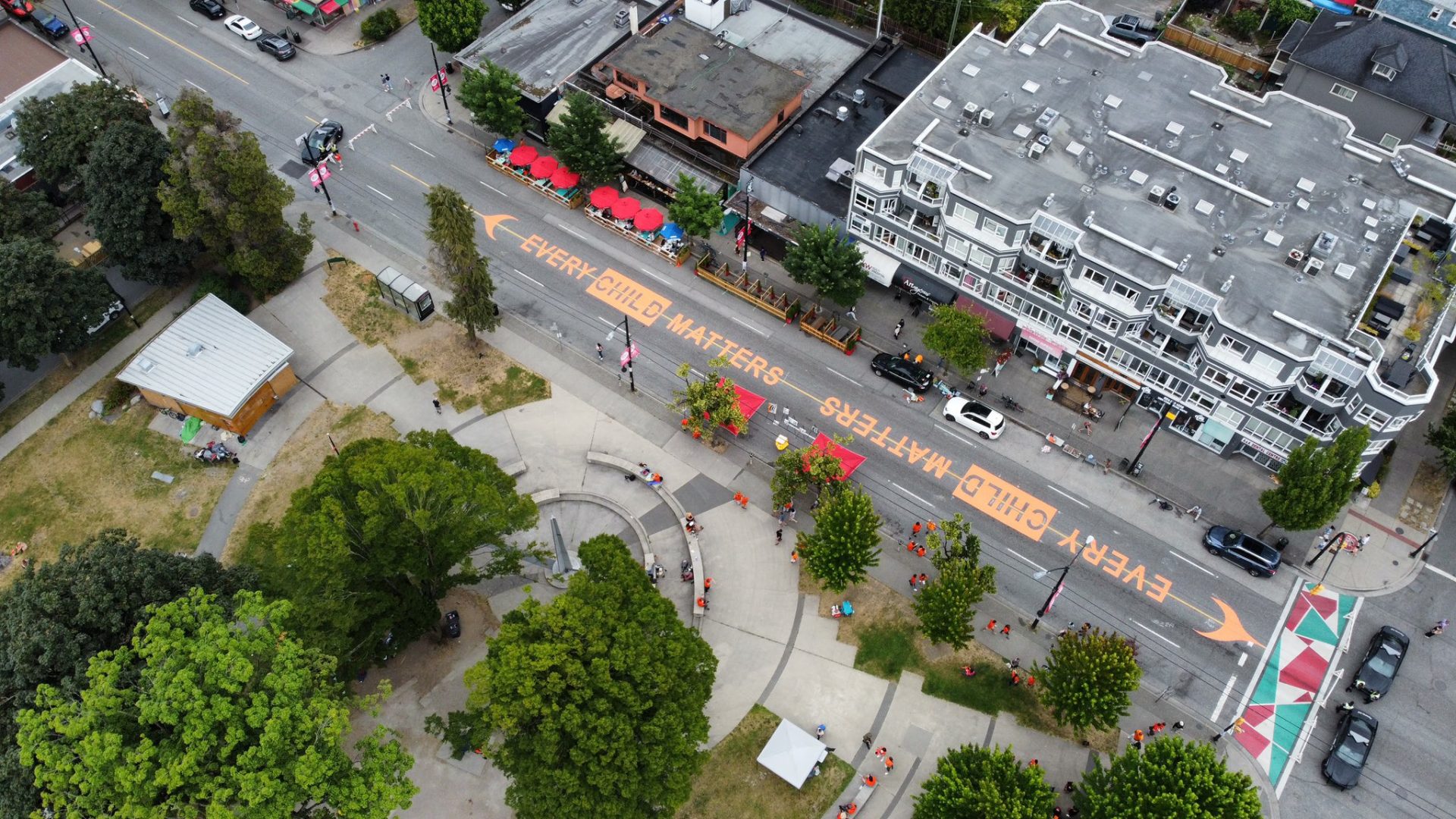 “As this is the first of this kind for the City, it’s not yet clear as to the mural’s longevity, but the City will continue to work with the artist.”