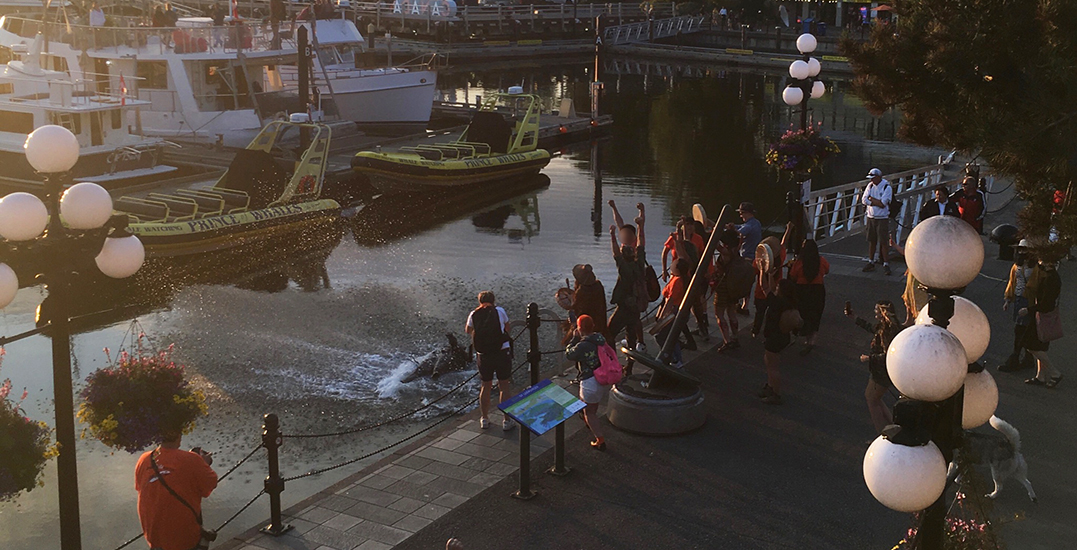 A statue of Captain James Cook in downtown Victoria has been removed by the base and thrown into the inner harbour by protesters.

The incident took place on Thursday evening. Video footage shared online shows people pulling from the top of the statue with rope. It falls from the base as a large crowd watches and cheers.

Captain James Cook statue in Victoria, BC. This was moments before his body was sunk in the Salish Sea by Nuu Chah Nulth Youth and friends. The city of Victoria should remove all monuments that celebrate settler colonialism. NO PRIDE IN GENOCIDE! pic.twitter.com/mffbRPiYJ4

The statue of the British explorer was thrown into the harbour by a smaller group of protesters, many of whom wore orange shirts.

The Captain Cook statue was just tossed in the ocean in #yyj pic.twitter.com/ADnnkWZjqc

Police in Victoria issued a release on Friday morning asking for information and video following the statue’s removal.

“Safe, peaceful, and lawful protests are permitted under the Canadian Charter of Rights and Freedoms,” VicPD says in a statement. “Property damage is not.”

The removal of Victoria’s Captain Cook statue comes shortly after the devastating discovery of unmarked graves at former residential schools across Canada. So far, 1,148 human remains have been discovered across three