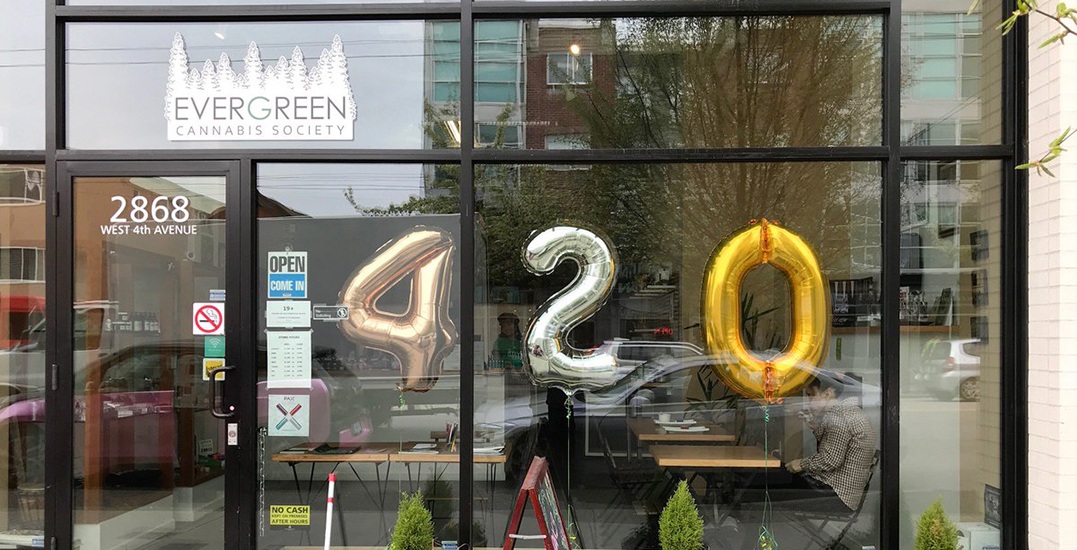 Cannabis users who have been eagerly awaiting the opening of Vancouver’s first retail pot store will have to wait a little bit longer.

Mike Babins, co-owner of the store, cites missing forms as the reason for the delay.

“Everyone at all levels of the provincial and municipal government worked really hard to try and get us open this weekend,” explains Babins. “However, it’s the Christmas holidays so staff simply didn’t have access to some forms that needed to be submitted.”

For Babins and his team, they’ll be playing by the rules and have simply pushed their re-opening to Saturday, January 5, 2019.

“We’re going to get everything done first thing on January 2,” Babins says. “We’ve followed the rules from day one and we’re not about to start breaking them now.”

Unfortunately, due to the holiday season impacting timelines at Vancouver City Hall, we will be delaying our grand (re)-opening until Saturday January 5th.

Evergreen Cannabis Society first opened in September 2015, after Babins and his wife sought to create a medical dispensary that was knowledgeable and carried 100% organic product.

Their journey to receive a retail license included a thorough application with the provincial government, as well as three variance hearings with the City of Vancouver.

Babins applied for the retail cannabis license in August of 2018 and received the news several months later, on Christmas Eve.

“We’ve kept records of everything since day one,” says Babins. “That’s helped us get through a little faster. Everyone worked tirelessly to make this happen… if you want to blame anyone, blame Santa!”