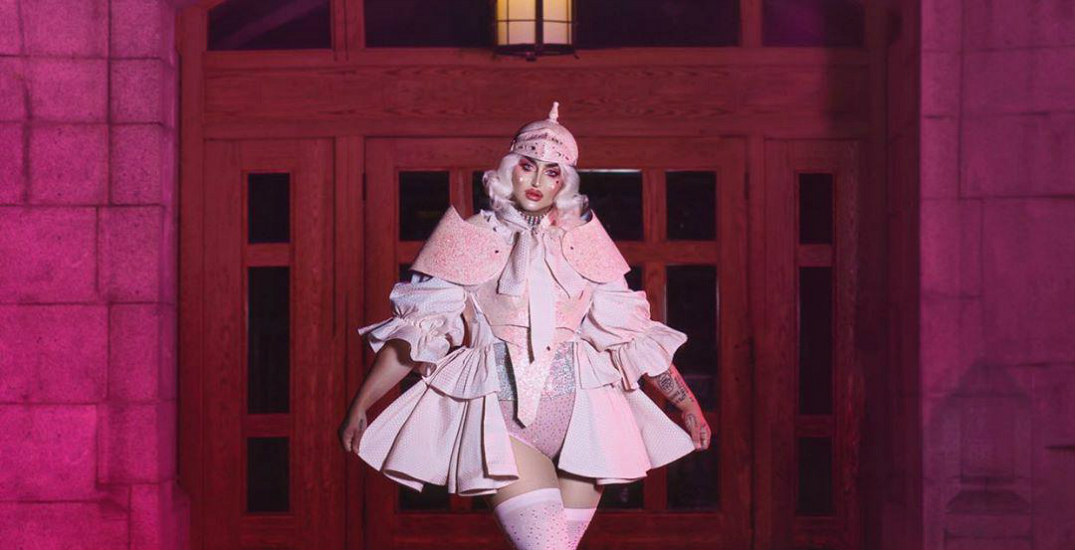 The debut season of Canada’s Drag Race has come to a close, but the incredible performances and style game the queens brought to our TV screens every Thursday made history.

Vancouver-based designer Evan Clayton is the creative mind behind several of the outfits Ilona Verley rocked on the show. Verley, who made it to the seventh episode (and has already been featured in Vogue), is a good friend of Clayton’s and has been a client of his for a long time.

She couldn’t contractually say that she was going to be on the show, so she told the designer she was going on vacation and needed a plethora of different outfits. “I knew what was up,” Clayton explains. In a few short weeks, while working on a new collection and projects for Pride, the designer made six different custom outfits for Verley. 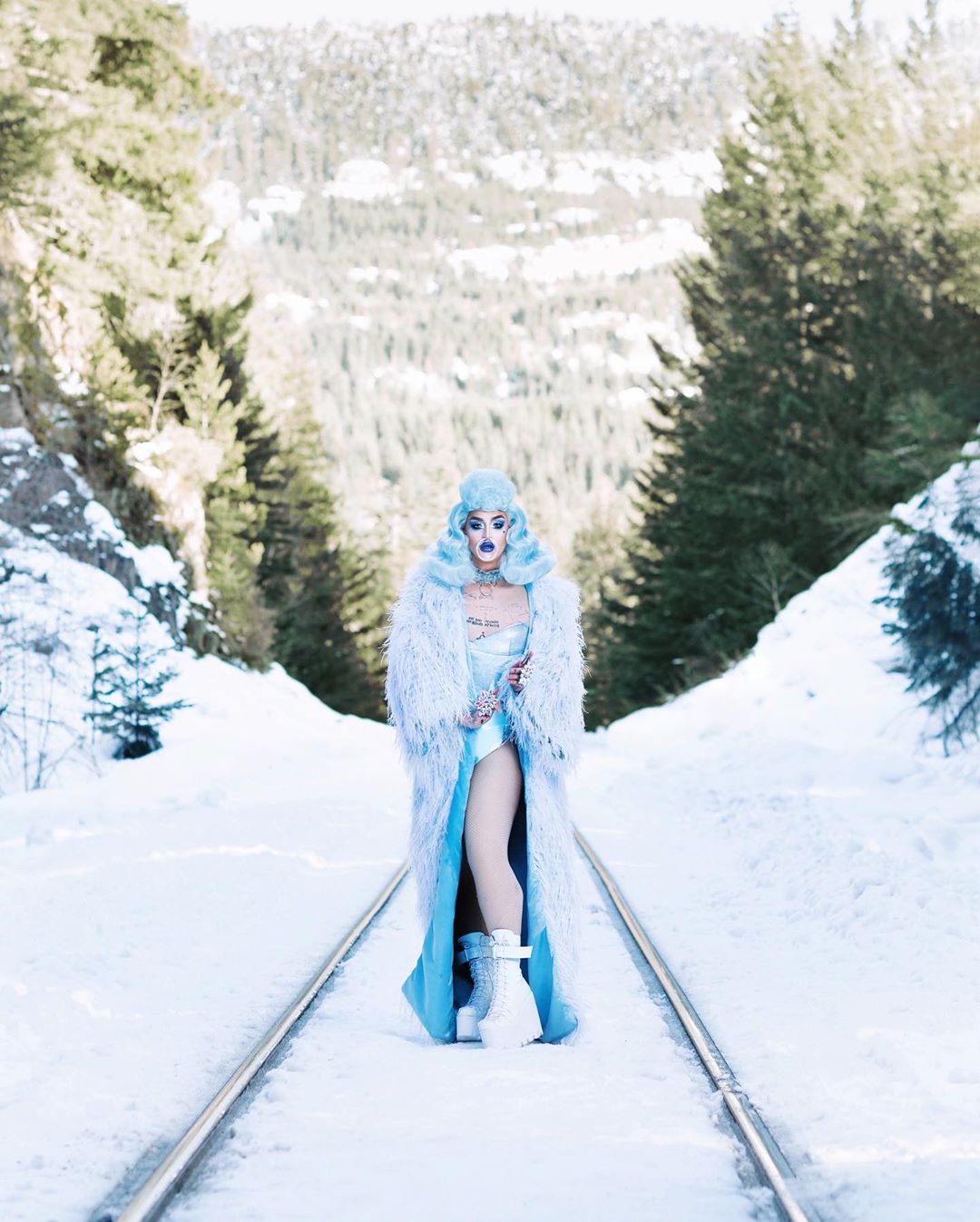 Clayton says the way his designs looked on the runway during Canada’s Drag Race is a testament to Verley and the other queens’ talents. “What I do is just one small part of a large picture. I’m creating the outfit, whereas Ilona is doing the makeup and all of her own wigs.”

Since Daily Hive’s last interview with Clayton a little over one year ago, he has shown new designs at runway shows, worked a nine-to-five design job, dressed queens, and created custom garments for Doja Cat, Naomi Smalls, and KimChi. 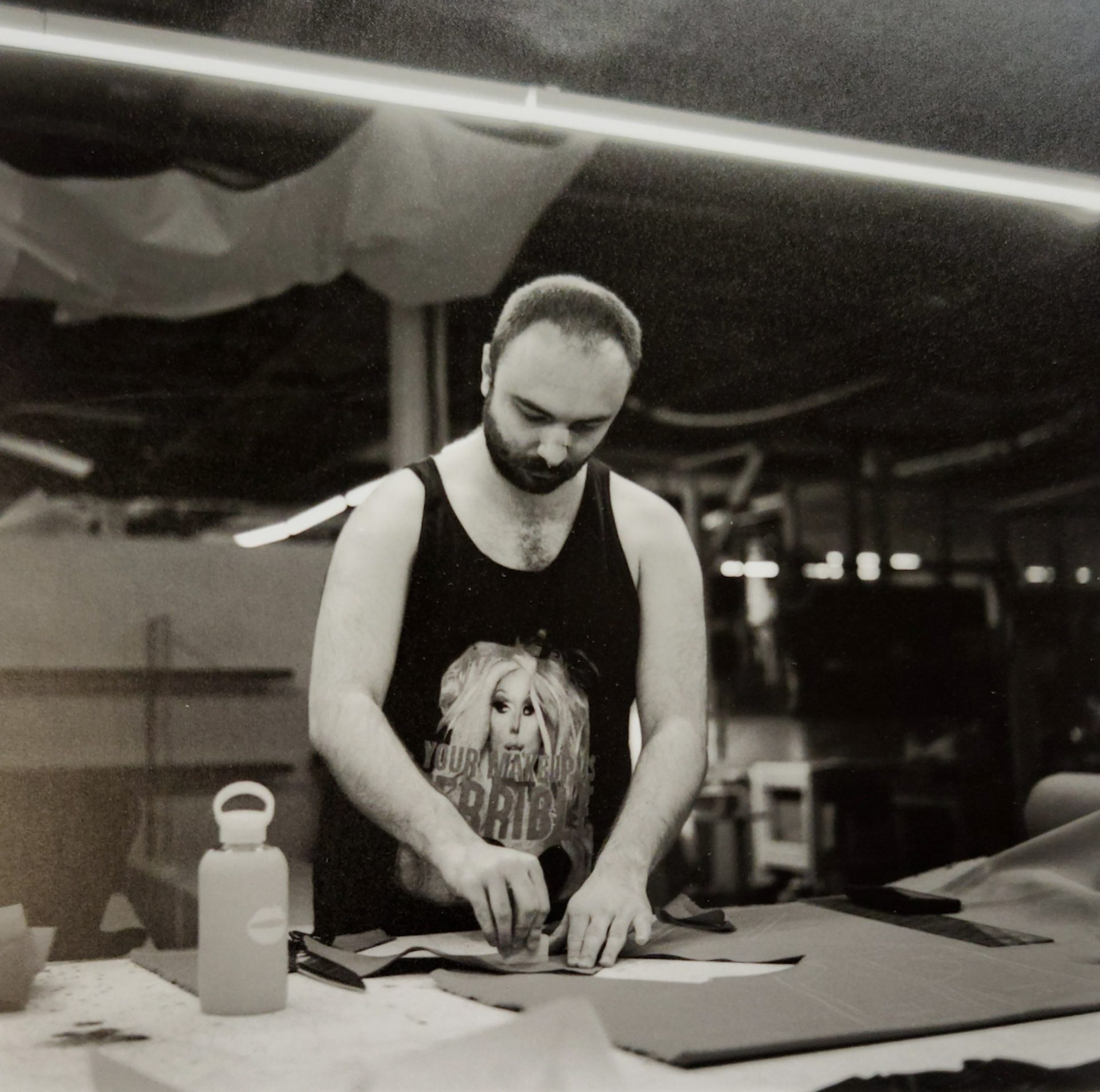 When designing for queens, Clayton says the process is quite different as he needs to know what they’re going to be doing in the outfit.

“If it’s a performance or a stage costume, then it’s going to be made very differently than if it’s for a photo or video shoot because I have to take into account movement.”

The process also varies from person to person based on their style of drag, how they build their drag character and persona, and also their drag body.

“Do they force it? Do they pad? Do they wear nylons? What do they wear for keeping their wigs up? Is it an up-do? There are so many questions down the line that I have to be mindful of when I’m making these pieces,” Clayton explains. 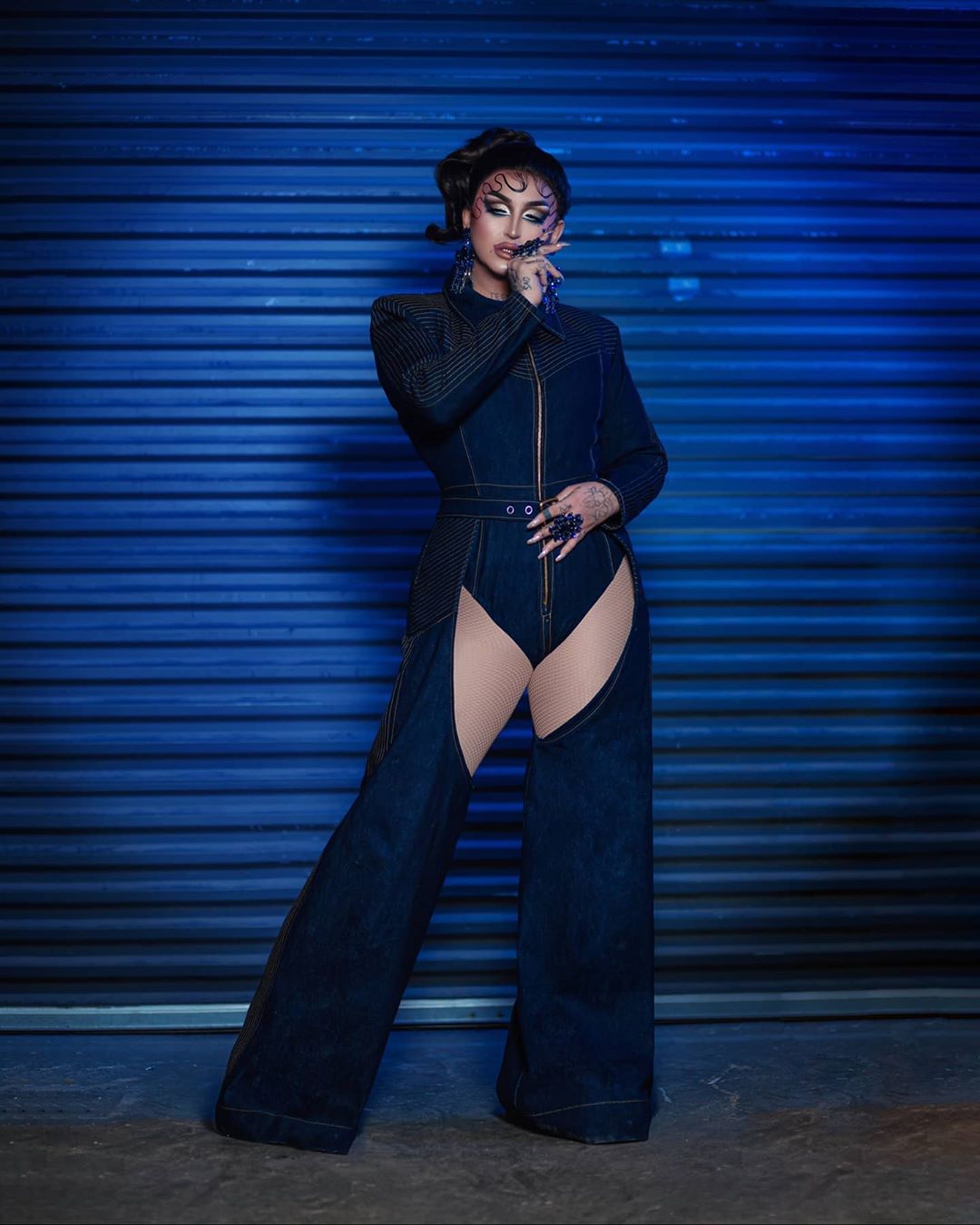 For contestants on the show, Clayton says partnering with a designer who is familiar with their drag style and body is helpful because it means fewer fittings. Adding it was clear Aquaria had a heavy hand in designing every look with her fashion background.

“She found the designer who could best execute her vision to her standard.”

Vision, especially on a TV show, can sometimes be more important than the execution, says Clayton, “unless the execution is hot garbage (but generally it’s not).”

The designer feels it was a shame that just two queens were represented from the west coast. “East coast and west coast drag are so vastly different. I would have loved to see a little bit more representation of Vancouver.”

If the second season of Canada’s Drag Race is announced, Clayton says he could cast it with Vancouver girls. “I’d love to see Kendall Gender, Gia Metric, Alma Bitches, Rogue, PM, Continental Breakfast, Rose Butch, Maiden China, Venus, and Southeast. I could keep on going because there are so many who are so good.” 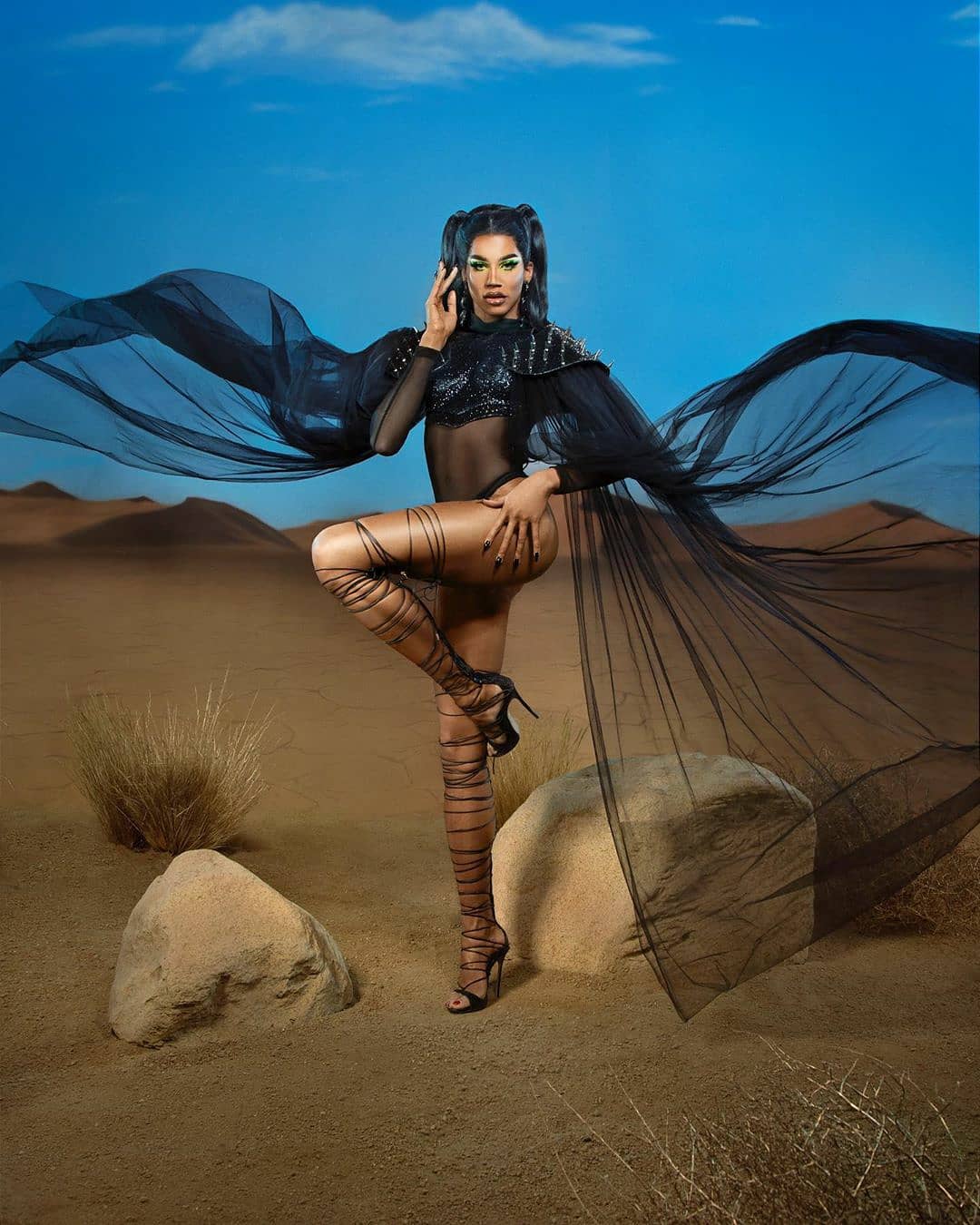 “If you look at a lot of tour shows, that’s drag. It may not be on a drag queen, but that is drag presentation at its height.” He says certain trends, like the Instagram baddie and cowboy styles, were huge in drag in previous years, and have carried over into mainstream fashion.

“I think that a lot of designers are heavily influenced by drag artists, especially queer designers because we feel the sense of kinship with them,” Clayton explains.

“Where what I do with my work is creating an outward expression for someone else to express, a drag artist is essentially doing the same thing just for themselves. I think that’s why fashion and drag go together so well.” 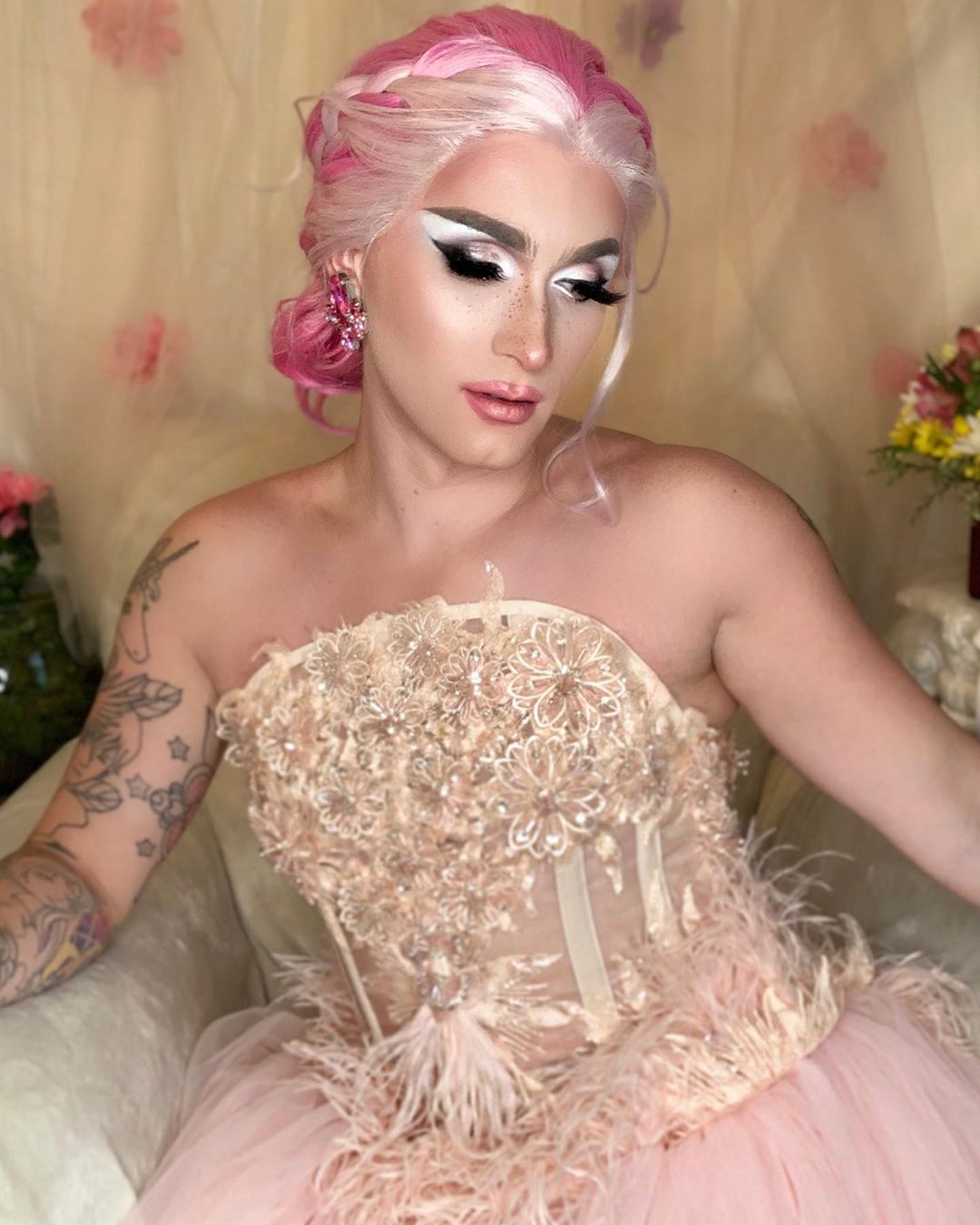 Conducting fittings during the COVID-19 pandemic has involved some adjustments for the designer, and pieces for clients outside of Vancouver are done based on exact measurements. But one positive impact of the current situation, Clayton says, is that the fashion industry can take a step back and think.

At the moment, he’s playing around with different ways of showing his work digitally, perhaps with a rare collection. The designer and Blanche Macdonald graduate is learning more about fashion history in his downtime, and he urges fashion students to take advantage of the learning opportunities they have available right now.