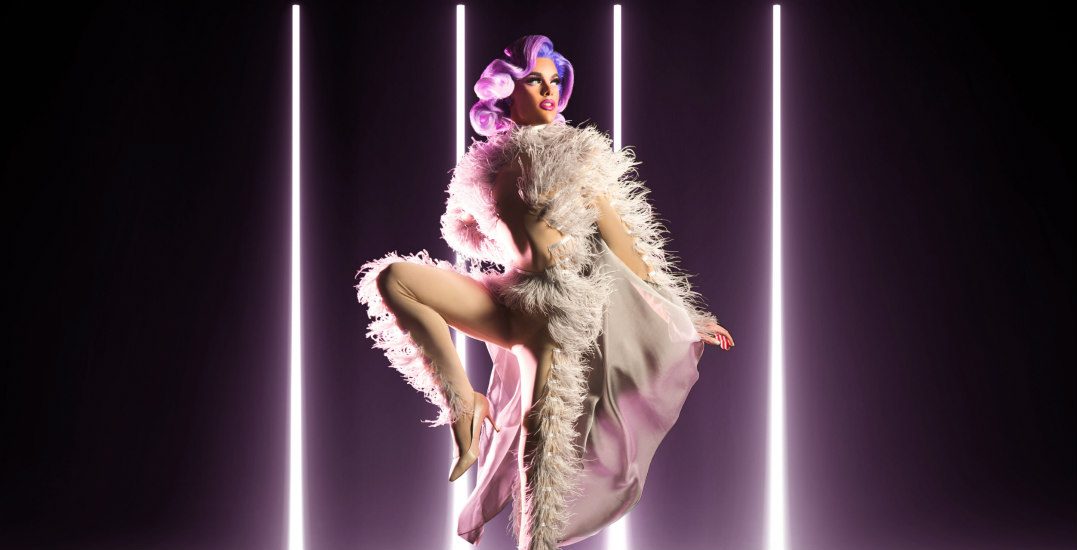 Evan Clayton is a name that you’ll be hearing a lot more of as the Vancouver fashion designer continues to rise up the ranks with his distinctively bold and theatrical apparel.

He has already shown his work internationally in cities like Vienna and Toyko, and featured in Vogue‘s UK, China, and Korea-based magazines. On top of this, Clayton is quickly becoming one of the top drag designers in Canada. 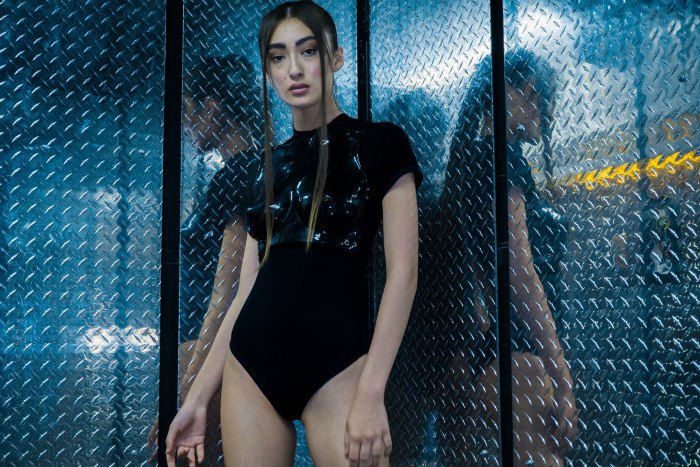 To-date in his career, he’s had the pleasure of dressing drag performers in Vancouver’s Dogwood Monarchist Society court system.

“It was an honour to create two complete looks for Jane Smoker’s stepdown from her legendary reign as Empress 46 with Tommy D, where they raised an incredible $41,000 for charity,” Evan Clayton tells Daily Hive.

He has also designed looks for “Alma Bitches, the current reigning Emprex of Vancouver,” as well as countless court royals. 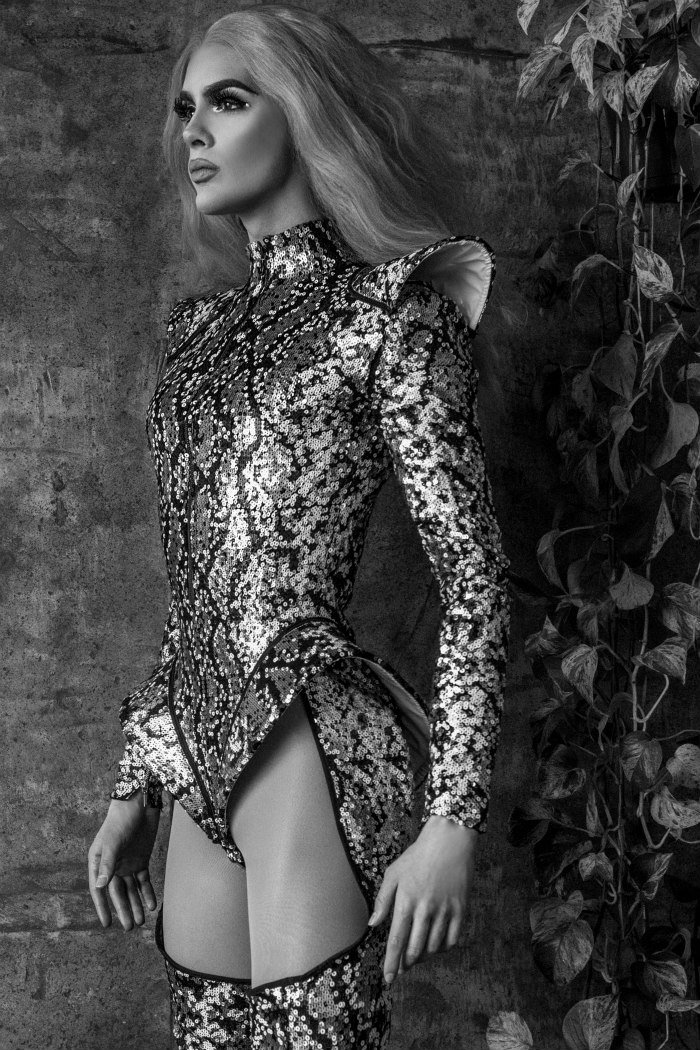 Clayton explains that the performers often pay out of pocket for garments to wear to charity events that are held throughout the year, and he likes to “loan garments from his collections or work at a discounted rate for the charitable causes.”

But where does he get his wild drag costume ideas from?

The designer says he finds the character of the individual queen the most inspiring part of dressing local drag queens.

“I always like to keep their performance style in mind when I design. For example, if they’re a high-energy performer, I like to have floating or hanging elements incorporated into the costume, so when the queen moves, the costume flows with her and takes that movement over the top.” 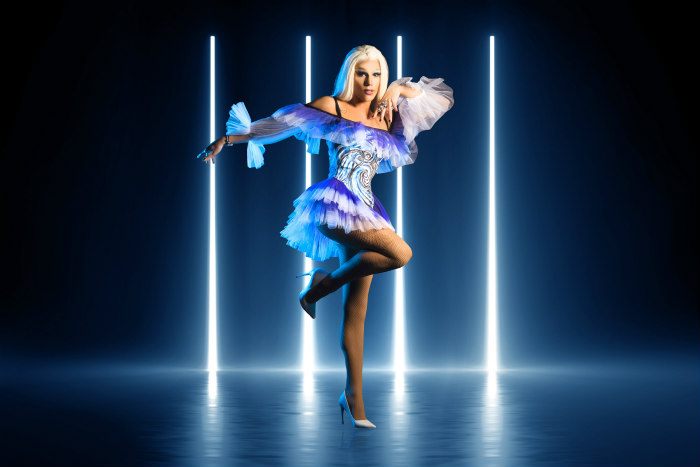 On the other hand, if they’re a more sensual performer, Clayton plays with silhouette or texture to create a real “tactile feeling” to their look. When he has the opportunity to do custom pieces, they’re always tailored to the needs of the queens.

This includes Soju from Season 11 of Drag Race, whom he has created several looks for. The designer was also lucky enough to create tour looks for Allie X around the same time that he started working with Soju. “That was a huge highlight in my career,” he says, “Allie’s music means so much to me, and to have even a tiny part to play in anything she does is truly humbling.” 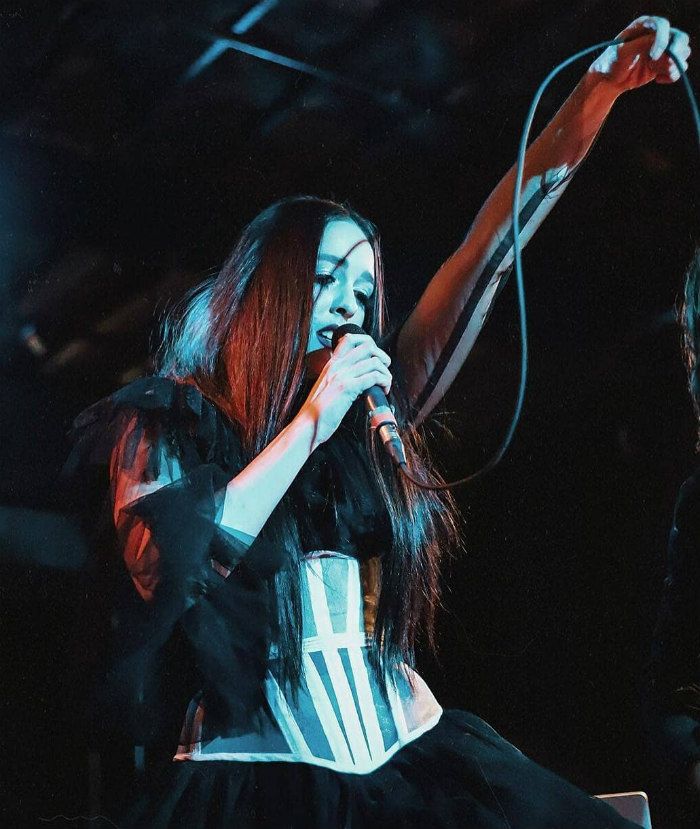 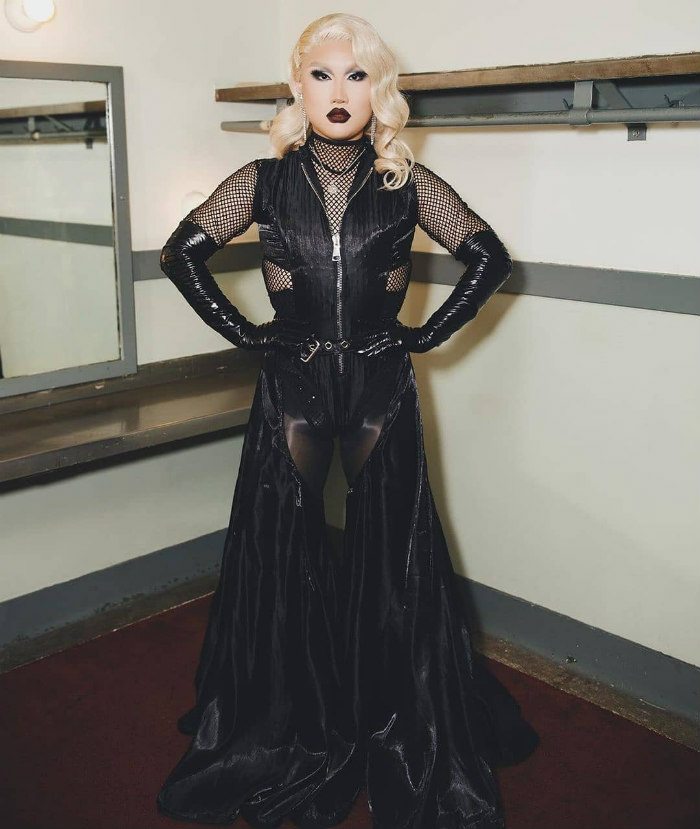 After working with Allie, Clayton secured placements on the Kali Uchis tour and worked with Brooke Candy, Cupcakke, and the Clermont twins.

“Being able to show, and highlight, visibly queer people in my show is extremely important to me,” he says. Before Drag Race became the phenomenon that it is today, and having queens on the runway become the norm, Clayton was pushing for queer representation in his shows. 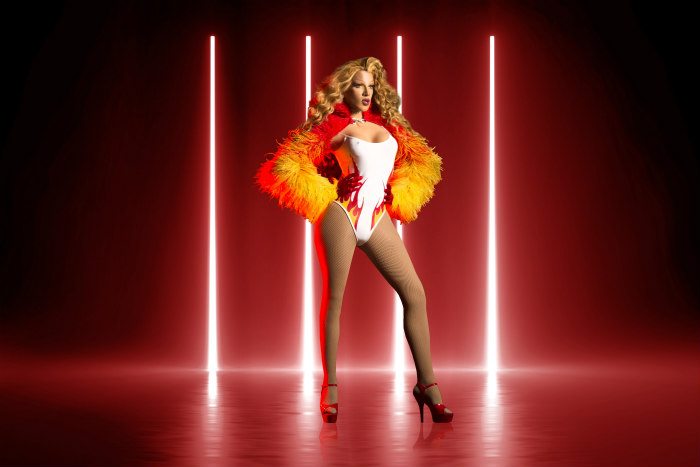 Clayton’s shows would prominently feature drag models such as Jane Smoker, Kendall Gender, Gia Metric, Valynne Vile, and Thanks Jem. And the designer says he has always enjoyed working with Julie Vu, a transgender advocate and model whose work documenting her transition publicly is vital “for queer youth to see.” 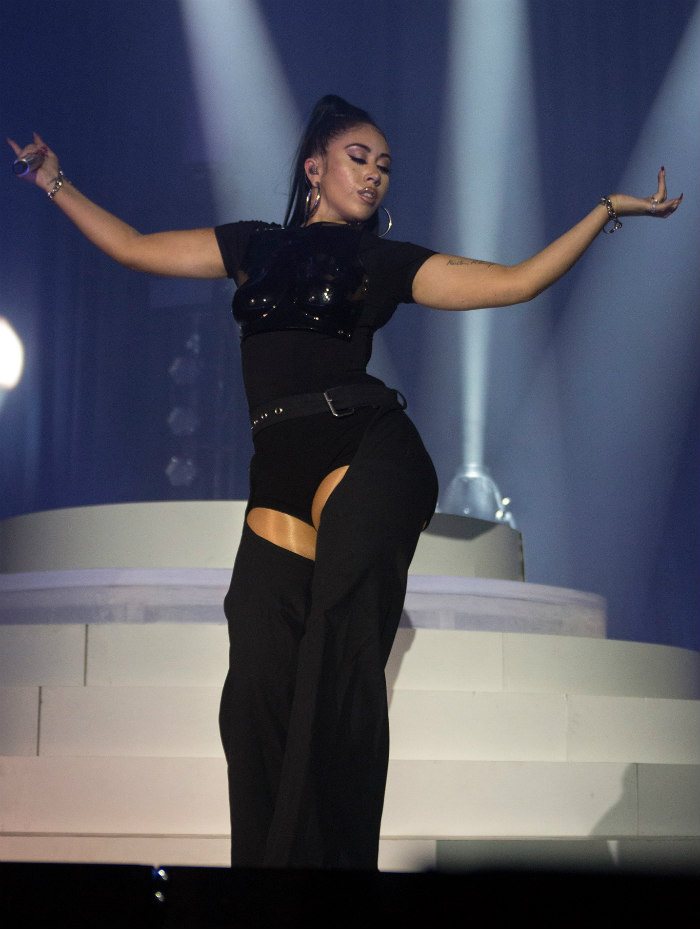 Clayton’s love for design began in childhood, which led him to study fashion design at Blanche MacDonald and immerse himself in Vancouver’s fashion community. He says “knew very little” about garment construction before his time and the school, but it “whipped” him into shape.

His boyfriend, a makeup artist, inspired him to work as a model co-ordinator with Vancouver Fashion Week, a position which led to a full-season sponsorship to show his own collection.

After just three seasons, the young designer became the first recipient of the prestigious Nancy Mak Award, a sponsorship which allowed him to break into international markets. 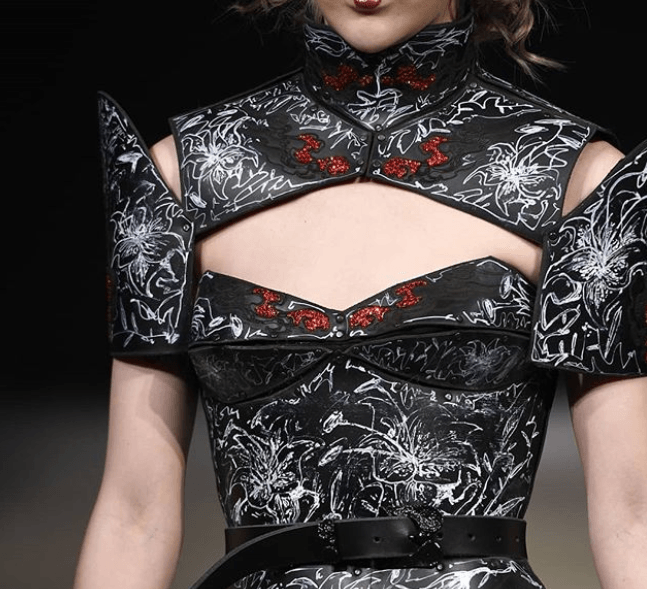 Clayton has collaborated with designers Alex S Yu and Sara Armstrong on a pop-up series called “TRIPARTITE.” However, when it comes to the inspirations behind his own collections, Clayton says they are always “personal.”

“It’s literally impossible for me to separate my personal life and opinions from my collections, and that always seeps through. My last collection was inspired by my father’s cancer diagnosis. Very shortly after the prior collection, he was diagnosed with esophageal cancer.”

The designer is from a tight-knit family and says he created the collection almost as an armour; a way for him to metaphorically protect himself and his family. Clayton is very happy to say that his father recently “kicked cancer’s ass” and he’s sure that his next collection will reflect that. 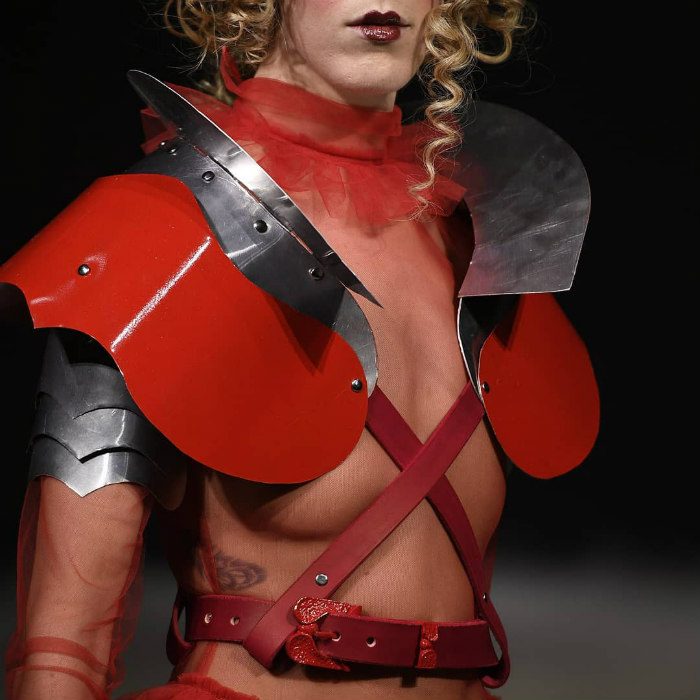 During the day, Clayton designs and drafts for a lingerie company, as he values the importance of honing his skills, and feels that working for someone else is “a great way to do that.” He explains that once his nine to five ends, his five to nine begins.

Evan Clayton is currently working on custom pieces for Pride looks across the country, as well as planning his spring collection. You can see more of his dazzling designs on Instagram.