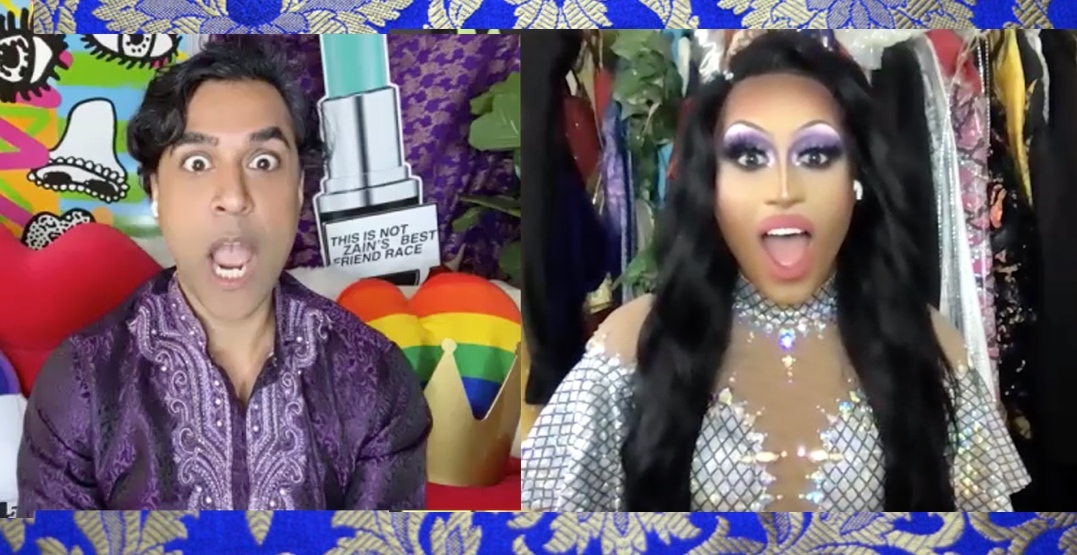 When we spoke with her on Friday morning, the newly-dubbed Queen of the North was glowing with excitement and overwhelmed with the recent outpouring of support.

For the finale, Priyanka battled it out with fellow finalists Scarlett BoBo and Rita Baga in a challenge that saw them record their own verses to RuPaul’s “You Wear It Well.”

In the concluding moments of the show, the judges opted to have all three contestants compete in the final lip sync. They ultimately handed Priyanka the prize.

Throughout the show, Priyanka repeatedly expressed how anxious she was about having quit her TV job to join the season. While it seems like she doesn’t need to worry about the opportunities awaiting her, Priyanka says that, for now, she can’t wait to get back on stage.

“I spent so many years on camera, and I will do some sort of online content and have fun and do that, but my heart is in live entertainment,” she shared. “I’m at the Phoenix [Theatre] again on Saturday and I get to put on this fully realized concert for people. That’s what makes my heart beat.”

It’s been an incredible season of what we hope is the first of many editions of Canada’s Drag Race. If you’re missing the queens already, here’s a look back at all the hunties who captured our hearts:

Juice Boxx, the first queen to leave Canada’s Drag Race, spoke to us about panic attacks and making an entrance, and taught us how to put on lashes.

Fresh off her elimination, Kyne dished on facing off against the judges and runway looks. Plus, we got a lesson in numbers from the Math Queen herself!

Remember when Anastarzia Anaquway made HER-story as the first queen ever to not leave a lipstick mirror message?

Toronto drag legend Tynomi Banks stopped in to give us tips on how to pose like a boss-ass bitch.

Montreal’s own Kiara called us while en route to a Pride shoot to discuss her Mariah moment and who she wanted to do on Snatch Game (before chickening out).

Lasagna-loving BOA chatted with us about her tiny breastplate, gave us some tips for the perfect lasagna, and explained why she loves Jimbo so much.

Party girl Ilona Verley didn’t hold back when it came to spilling the tea on her sissies (including who she thinks is obsessed with her butt).

Sweet little Lemon may have sashayed away, but she wasn’t sour about it. In this video, she gave us a tip on how to lip sync when you don’t know the words (and treated us to a little performance).

Jimbo the Drag Clown really knows how to turn a look. We chatted with the Vancouver Island drag queen about the judges’ critiques (including the legendary Michelle Visage) and why she might regret helping Scarlett with her outfit.

On the eve of the finale, we celebrated the final three contestants before asking them to compare the drag scene across Canada.

For more videos like the above and to keep up with the latest and greatest videos about your city, subscribe to Daily Hive’s YouTube channel here.