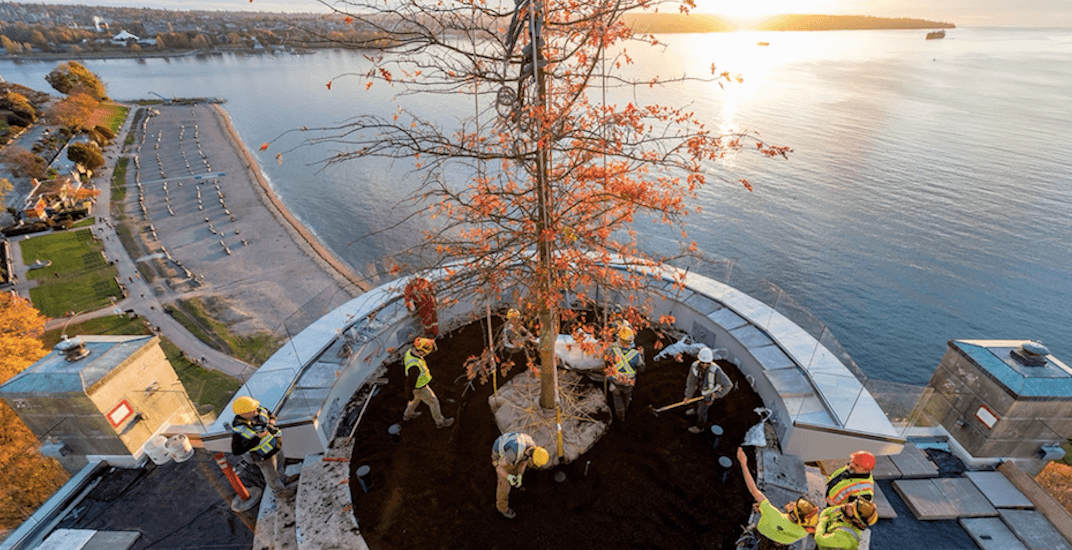 The new tree being planted on top of the Eugenia (Contibuted)

Typically, a tree-planting in Vancouver is a pretty straightforward procedure.

But when a 270-tonne crane is part of the planting as it was at Eugenia Place, the process gets a little more involved.

Such was the case for a 35-foot-tall, 10-foot-wide Pin Oak that was planted in the city’s West End this week.

With the help of a Liebherr crane, this particular tree was planted on the 19th floor of the Beach Avenue building.

But a tree-top addition to the building isn’t new. In fact, the new tree replaces the old one that was planted in the same spot in 1987, but died last year.

According to consultant Ron Rule, the species of tree was chosen because “it is an elegant deciduous tree with light branching that will hold up well in heavy winds.” 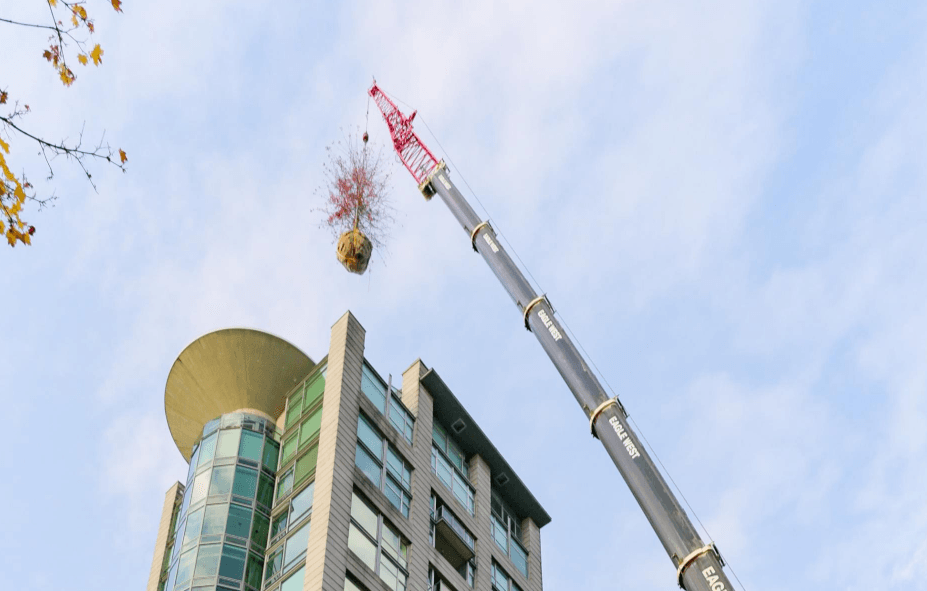 The new tree being lifted into place on top of the Eugenia building. (Contributed)

In addition, he said, Pin Oaks are also “highly tolerant” of urban pollution and “will even thrive” in inner city environments.

And while a tree planted on top of a building may be a foreign concept to some, the site where the tree sits has been specially prepared, and it – along with the tree itself – give a special nod to the area’s natural history.

The tree on the roof– along with the petrified tree stump concrete sculpture at the base of the building – represents the original rainforests of the area, said Rule.

Architect Richard Henriquez also designed the ground floor plan of the building to reflect the footprints of four cabins that existed at the turn of the century and a 1940s mock- Tudor apartment building that replaced the cabins.

In addition, the tree’s crown is at the same height as the great cedars and Douglas fir that once towered over the site.

Preparing for the planting

While the planting itself may have only taken an afternoon, the process to get to that point began when the Pin Oak was purchased for the site two years ago.

The roof where the tree sits, approximately 200 feet from street level, has also been refurbished,  said Rule. 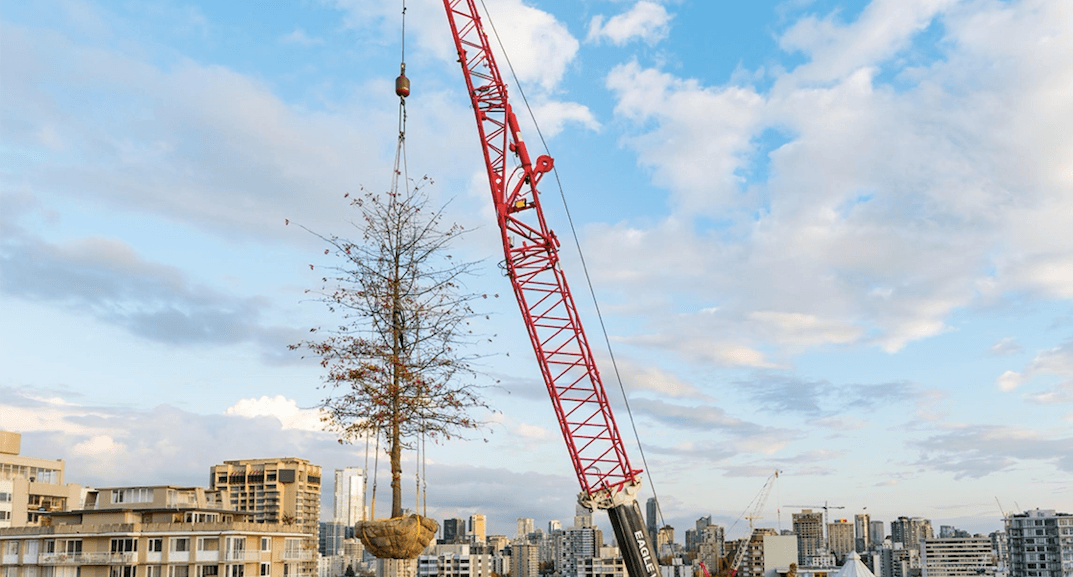 This process included removing the soil that was previously on the roof and replacing it by crane with approximately 18 tonnes of new soil.

In addition, the site was re-waterproofed, and because watering something at that height can be a little tricky, an automatic irrigation system is in place.

Rule said that in the past, the lighting of the tree has been a “popular feature” of the neighbourhood.

With the new tree in place, he furthered, arborists “will decide when the health of the tree would permit lights on the tree, which may not be for a couple of years.”