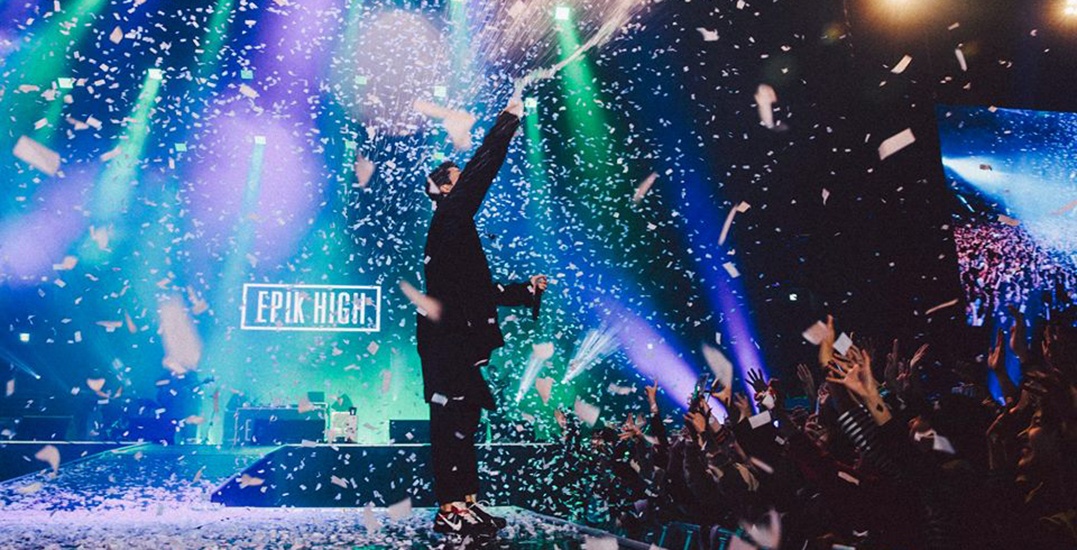 Epik High is coming back to Vancouver.

The famed South Korean hip-hop group has announced the dates and cities of their North American tour.

Their 2019 tour, which begins on April 1 in Minneapolis, will take them to 17 different cities, including Chicago, New York, Los Angeles, and Seattle.

Vancouver and Toronto will be their two Canadian stops on the tour, and they’ll be performing in Vancouver with two back-to-back shows.

The three-member group made their debut in 2003 and have captivated fans with perplexing lyrical themes.

In addition to receiving numerous awards, they were also the first Korean act to perform at the Coachella Music Festival, according to Billboard Music.

They’ll be performing at the Vogue Theatre on Thursday, May 2 and Friday, May 3.

Tickets can be purchased online via Eventbrite and go on sale at 10 am PT.

Epik High at the Vogue Theatre

Tickets: Available via Eventbrite at 10 am PST