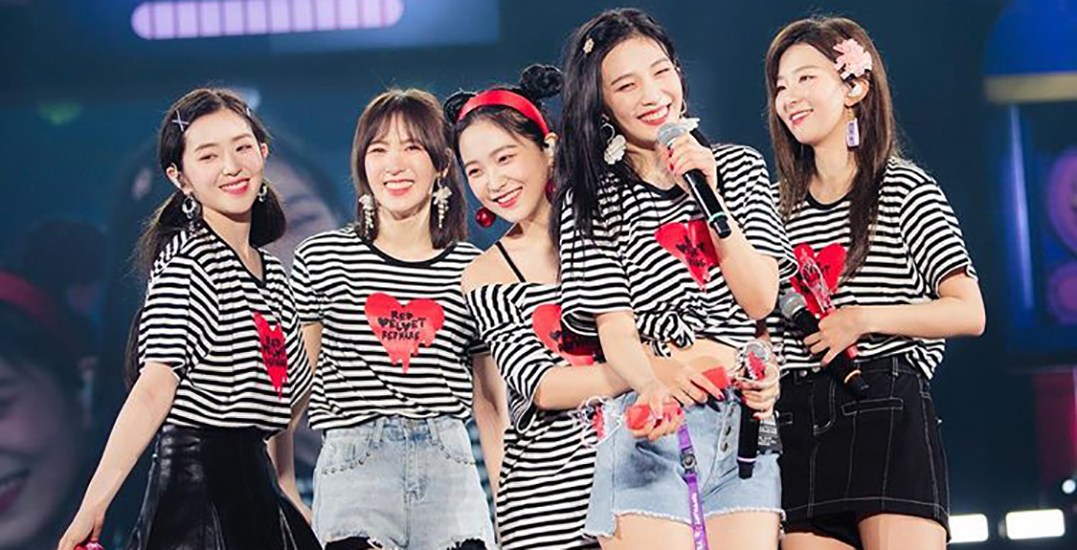 Get ready K-pop fans, because Red Velvet is paying a visit to Vancouver.

The girl group, a product of SM Entertainment, will be performing at the PNE Forum next week, as part of their Redmare tour.

Red Velvet kicked off their world tour last week, starting with performances in Los Angeles, Dallas, and Miami. Vancouver, along with Toronto, will be the group’s only Canadian stops.

Since their debut in 2014, the five-member group has skyrocketed in popularity, winning multiple awards and having a handful of their singles hit the Gaon Digital Chart.

They’ll be performing in Vancouver on Thursday, February 21 at 8 pm.

Tickets for this all-ages show are available online starting at $114.45.

Red Velvet at the PNE Forum