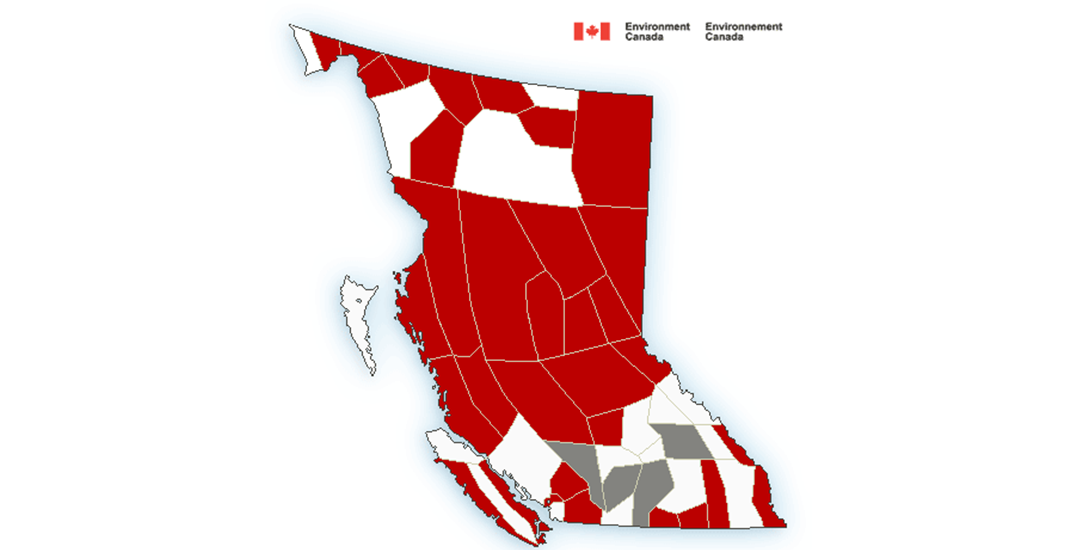 Today is simply not a great day to be outdoors.

Due to Sunday evening’s chaotic snowfall and a blast of arctic air entering the province, there are currently 38 weather warnings in effect throughout British Columbia. 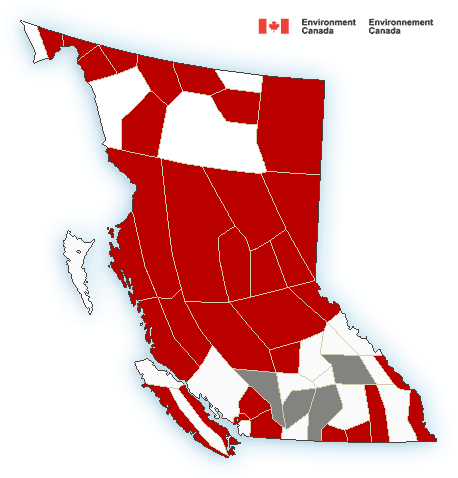 Northern parts of the province such as 100 Mile, Fort Nelson, and Prince George are under Extreme Cold warnings, where north winds and cold temperatures are creating wild chills near -40°C.

Lower parts of the province, such as Whistler and the Fraser Valley, are being affected by Arctic Outflow warnings, calling for gusts as high as 80 km/h and wind chill values of -20°C or lower.

Two of British Columbia’s key highways have also been affected by the weather.

A winter storm warning is calling for hazardous conditions on Highway 3, with a recommendation to cancel any non-essential travel until conditions improve. The arctic outflow warning is also in effect for the Sea to Sky Highway and is expected to bring the unusually cold temperatures and strong winds.

Environment Canada says that temperatures and winds will start to moderate towards the middle of the week.

Until then, people are asked to prepare for abnormally cold temperatures and to be wary of challenging travel conditions.