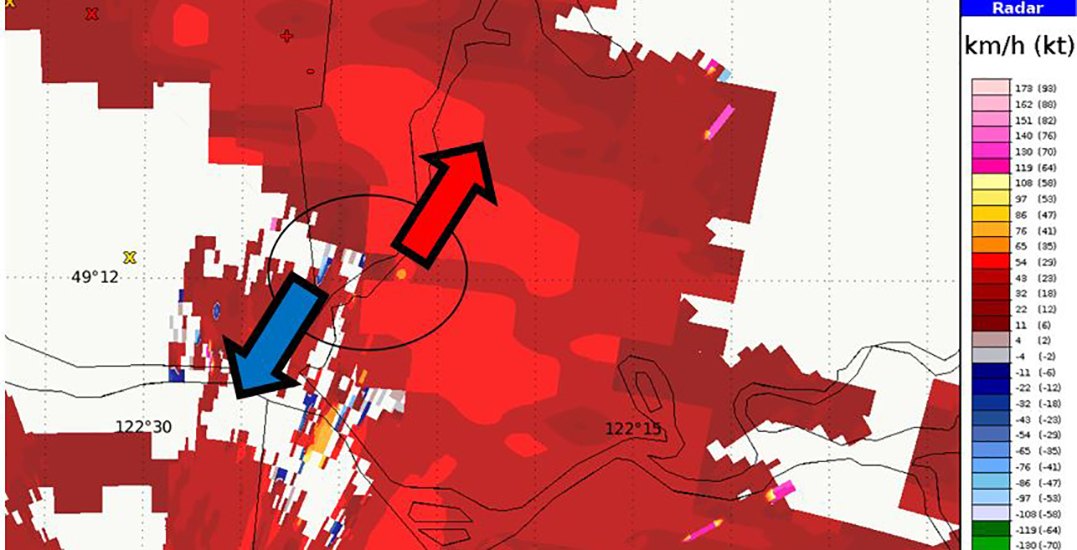 Update: Environment Canada has clarified that last weekend’s possible tornado has been classified as an EF0. The Enhanced Fujita scale was adopted in 2007 by the United States and has since been adopted for Canadian use.

Environment Canada has shared reports of a tornado that recently touched down in the Lower Mainland.

Here’s the catch though. It took place last weekend and officials aren’t able to confirm whether it actually happened or not.

Amidst a weekend of torrential rain, pea-sized hail, and severe thunderstorm warnings, weather officials received several reports and footage of a tornado that took place near Hayward Lake, a popular recreational area in the northern Fraser Valley. 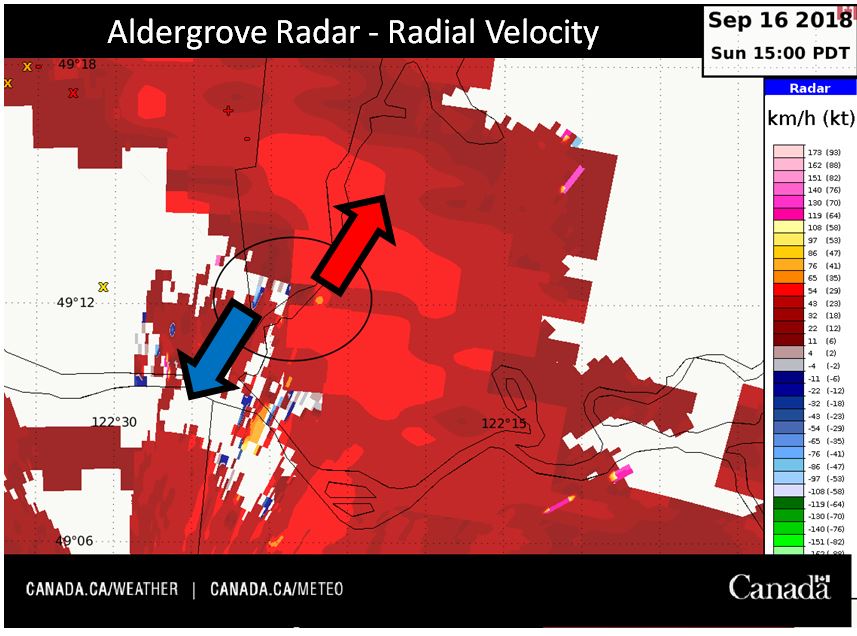 Investigating using a Doppler Radar, a tracking system used to determine the location and velocity of a storm, they found evidence of rotation and an F0 tornado. However, the status will remain classified as “possible.”

An F0 tornado is classified as being “weak” and often has wind speeds between 60 to 110 km/h. Overall, the damage taken from an F0 is considered as light.

And here’s a radar animation of the thunderstorm cells moving NE from Langley towards Stave Lake on Sunday afternoon. Reflectivities of 45dBz (orange) indicate downpours of 25mm/hr. #BCstorm pic.twitter.com/aTy5o6P5Dv

Officials also shared that the last reported tornadoes in the Lower Mainland took place over 25 years ago.

In March of 1991, an F0 tornado hit Pitt Meadows. Before that, another F0 took place in Coquitlam during May of 1988.

If a tornado really did take place, it would have happened on Sunday, September 16, around 3 pm in the afternoon.