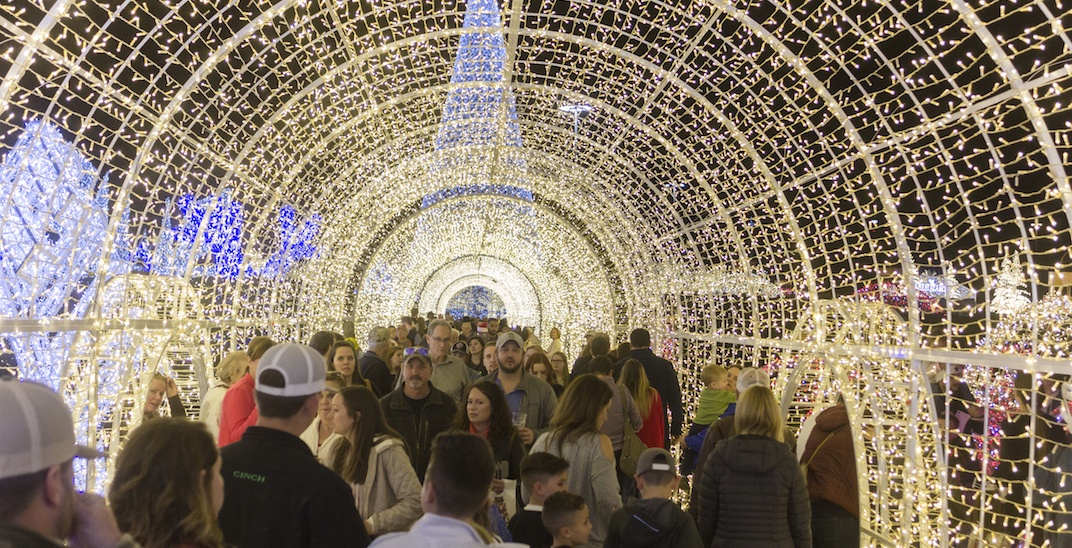 Vancouver will have another Enchant-less Christmas as the seasonal light maze festival plans to extend its hiatus from its home city this upcoming winter.

The locally based company that organizes Enchant Christmas says it will be taking its festival on the road again.

Although it will be returning to Globe Life Park in Arlington, Texas, at the same time it will also be two hours south of Vancouver, as organizers plan to hold two simultaneous events this Christmas season.

A second expansion event will be held in Seattle at Safeco Field, which has a retractable roof for protection from the elements.

The festival will be held from November 23 to December 30 during MLB’s downtime in both stadiums. Both events feature the holiday light maze, an ice skating trail, 80-ft-tall Christmas tree, artisans’ market, Santa’s workshop, food and beverage options, and live music.

Enchant’s inaugural year in 2016 in Vancouver, held in South False Creek, was an immense success to the extent that the municipal government required the event to find a larger space with good drainage and adequate parking for any subsequent events.

Organizers say they are still attempting to find a new home in Vancouver that is large enough for their needs.

While Vancouver will be without Enchant again, there is potentially a new winter festival to look forward to.

Sometime this summer, the City of Vancouver’s Development Permit Board is expected to review the application for Aurora Winter Festival on the Concord Pacific lands at Northeast False Creek. Organizers want to turn a four-acre waterfront area into a Christmas-themed festival with dozens of vendors and food trucks, a 180-ft-long tube park, a frozen river for ice skating, giant sculptures and light displays, Ferris wheel, carousel, live entertainment, and giant domes complete with Santa’s workshop.

The Vancouver Christmas Market is also expected to return to Jack Poole Plaza for its ninth year in the city.