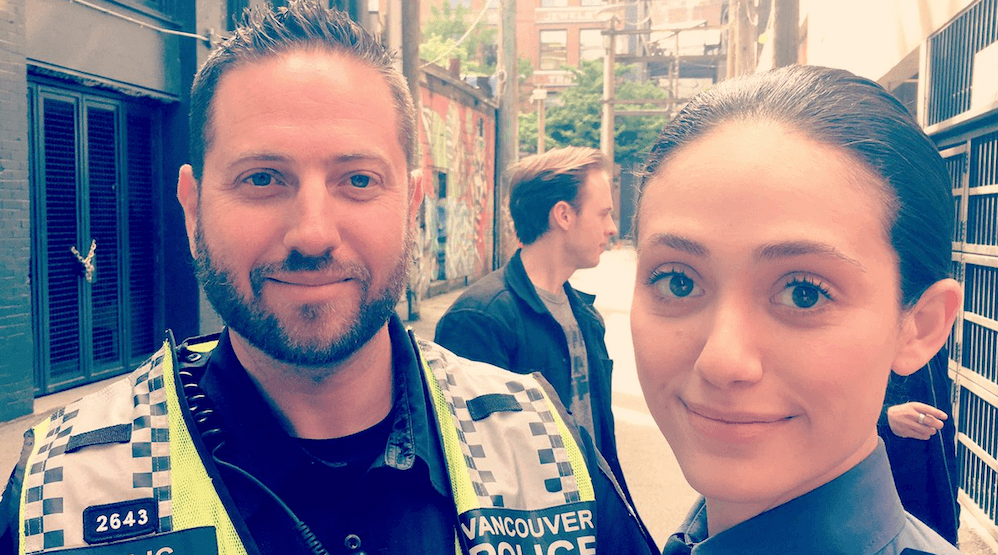 Shameless actor Emmy Rossum gave VPD Const. Lee Marten more than he bargained for recently, when they bumped into each other in Gastown.

The officer was doing the rounds in Vancouver when he bumped into the 30-year-old actress, who is best known for playing Fiona Gallagher on the hit TV show.

Officer @emmyrossum and I walking the beat in Gastown 10-8 pic.twitter.com/lFDVfE1E7u

Gallagher, who has also appeared in movies such as The Day After Tomorrow, The Phantom of the Opera, and Beautiful Creatures  – was decked out in full police uniform for her upcoming role in the Liam Neeson action thriller Hard Powder.

Const. Marten (@Canuckula) tweeted that he was “walking the beat” with Rossum, before the VPD retweeted to joke with Rossum that the force was currently hiring.