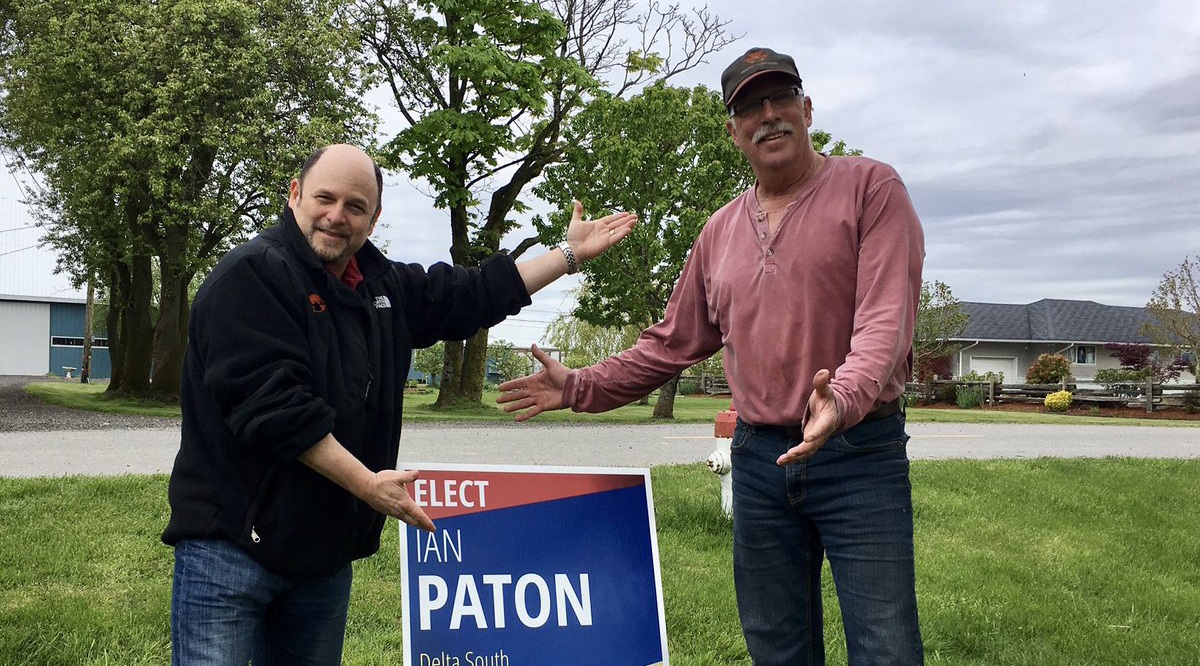 Celebrity sightings on the campaign trail continue, with actor Jason Alexander, better known as George Costanza from Seinfeld, making an appearance in Delta.

Alexander, who is American but is in BC filming his new series Hit The Road, appears to have stopped to take a selfie with Delta South BC Liberals candidate Ian Paton today.

According to his post on Twitter, Paton was at his farm when Alexander paid him a visit.

Look who stopped by the farm today! Great to meet you, @IJasonAlexander. Welcome to #DeltaBC. pic.twitter.com/x7pbvpqWJb

It seems Alexander chose to visit Paton, rather than it being a chance encounter. So is this an endorsement? Or as New Westminster City Coun. Patrick Johnstone pointed out on Twitter, is Costanza simply thinking of “doing the opposite?”

We’ll leave it to you George. We’re sure you’ll make the wrong/right decision.