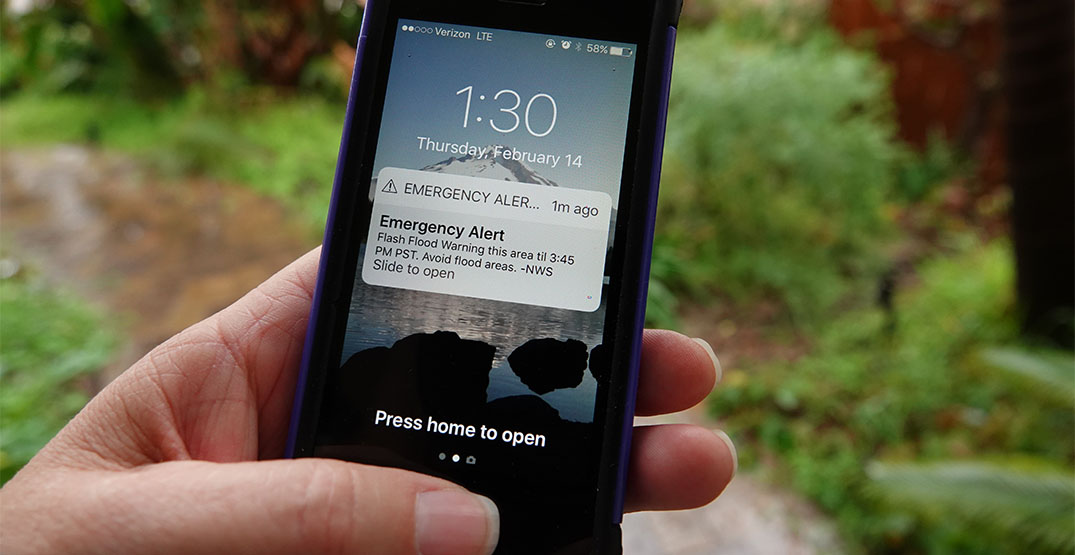 British Columbians can expect their phones to loudly buzz Wednesday afternoon as part of a routine test of Canada’s emergency alert system.

The Alert Ready system test happens twice a year, and it’s scheduled for 1:55 pm in BC on May 4.

The notification will be sent to cell phones, TVs, and radios. To be clear, it’s a test and not a real emergency.

⚠️ We’re running our routine test on May 4th ⚠️

Canadians in participating provinces and territories can expect an alert on their TV, phone, & radio on May 4th.

The real alerts typically go out for Amber alerts and tsunami warnings, but this week BC officials announced they’re expanding the Alert Ready system to incorporate warnings about floods and wildfires — two things that are becoming uncomfortably common in the province.

The system is online and ready to be used during flooding situations, and by early June, it will be expanded to include wildfire threats.

Some social media users weighed in that this was a welcome addition, and they were surprised that they weren’t already set up to receive flood and wildfire warnings.

Honestly alarmed they weren’t included before.

To get the alert to your phone, it must be connected to an LTE cellular network, be alert-compatible, within the alert area, and have up-to-date cellular software, so if you’ve been avoiding updating your phone, here’s a reason to do it. You can go to their website to learn more about the Alert Ready system and see if it’ll work with your phone.

With files from Sarah Anderson and Megan Devlin