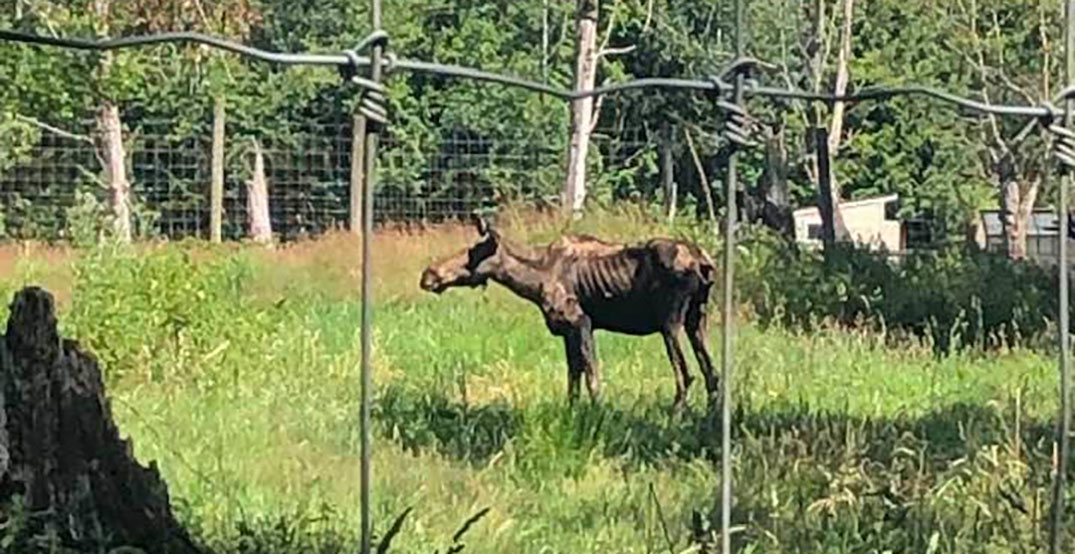 A moose at the Greater Vancouver Zoo (Shannon Marcoux/Facebook)

The BC SCPA is investigating conditions at the Greater Vancouver Zoo after photos of an emaciated moose were shared widely on social media this week.

The moose has since been euthanized by the zoo’s veterinarian, and the animal welfare watchdog is currently gathering evidence in the case, BC SPCA spokesperson Lorie Chortyk told Daily Hive.

Shannon Marcoux snapped photos of the animal while at the zoo with her kids recently. She uploaded them to Facebook, asking “am I the only person out there who thinks this is unacceptable?” 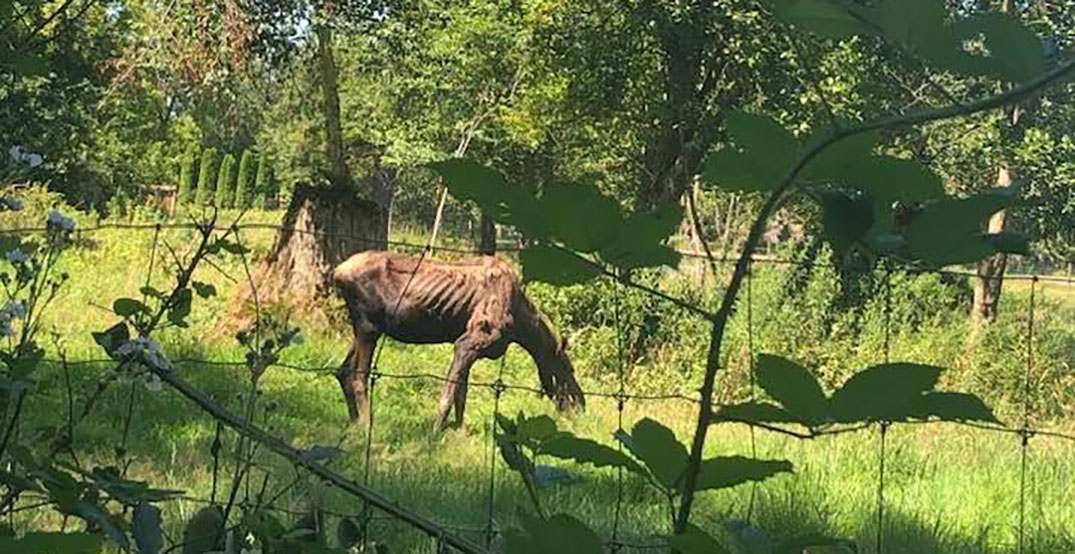 “The photos of the moose were very disturbing,” Vancouver Humane Society spokesperson Peter Fricker said in a statement. “But equally troubling are allegations that animals at the zoo have not been receiving adequate care and that a number have recently died.”

Fricker’s organization also recently released a report calling on the zoo to do better for its animals, saying their small enclosures were inadequate.

He’s encouraging former zoo employees to make anonymous reports to the SPCA about conditions there. Members of the public can also sign the humane society’s petition calling for change at the zoo.

The Greater Vancouver Zoo provided a statement to Daily Hive where their veterinarian Dr. Bruce Burton explained the eight-year-old moose named Oakleaf had been dealing with medical issues for some time.

She came to the zoo with problems in her gut, since she had chronically loose stool, and also needed her feet trimmed regularly in order to walk properly.

This winter, the moose lost weight and her hair began falling out, Burton said. They found her teeth were quite worn down, and staff changed her diet to include a type of softened pellet.

Burton hoped she’d put on weight again as the weather got warmer and more leaves came out for her to eat. But unfortunately that was not the case.

“Quality of life can be difficult to assess and depends on many factors,” Burton said. “She was bright and alert, she was eating well, and she was not in overt pain. However, her body condition score did not improve and over the past week began to decline.”

She had entered a grey zone for euthanasia, and Burton and zoo management decided on Wednesday the best course of action was to put her down because her condition was not expected to improve.

“Some [euthanasia] decisions are easily made (for example when an animal has a terminal illness such as cancer),” Burton said. “Other situations, such as old age, or gradual declines in health, it can be much more difficult to declare a specific point in time which is optimal to perform the euthanasia.”