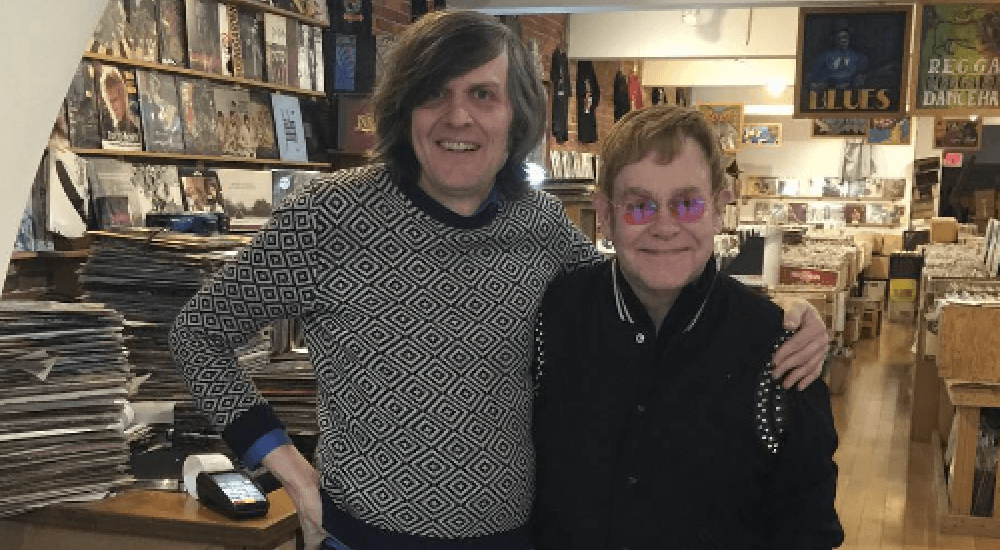 Touch down brought Sir Elton John around Vancouver to find some vinyl records, as the legendary musician was spotted in downtown earlier today.

David Jones, manager and owner of Vinyl Records, was fortunate enough to meet Sir Elton, and even had some of his recommendations bought by the musician.

“He was an enthusiastic musicologist,” Jones said. “He went over to the classical I thought ‘Oh I’ll show him the classic stuff that we have’ and he bought some.”

One of those classical records was Bach’s St. Matthew Passion — a version conducted by Otto Klemperer — which went for $140.

Jones said that only a few minutes after he had entered, Sir Elton’s bodyguards asked for the store to be locked up, as a significant crowd had gathered outside.

“We could see a crowd forming because there was all the hype over at the marijuana shop  in the area already,” Jones said. 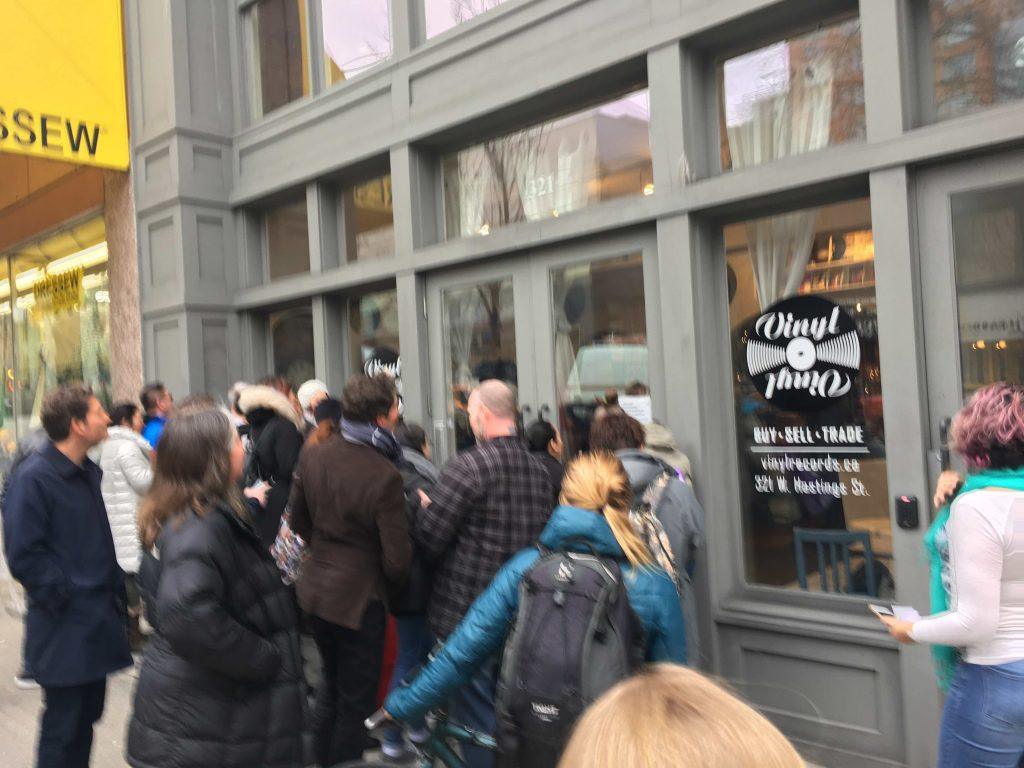 Sir Elton had also been in Beat Street earlier, and Jones said that by the time he left Vinyl Records he had quite a few records in tow.

“He came over here and he dropped 1,400 bucks. We have a lot of records, and I kind of zoned in on some of the things he might’ve liked,” Jones said. “Then I ended up giving him a couple of free records, and I gave him a discount too.”

Social media soon caught wind of the iconic pop star, and someone from Beat Street was lucky enough to land an autograph on a copy of Goodbye Yellow Brick Road.

The legend Elton John digging at the shop today!!

Sir Elton John is set to play two shows in Victoria this weekend at the Save-On-Foods Memorial Centre, on March 11–12.