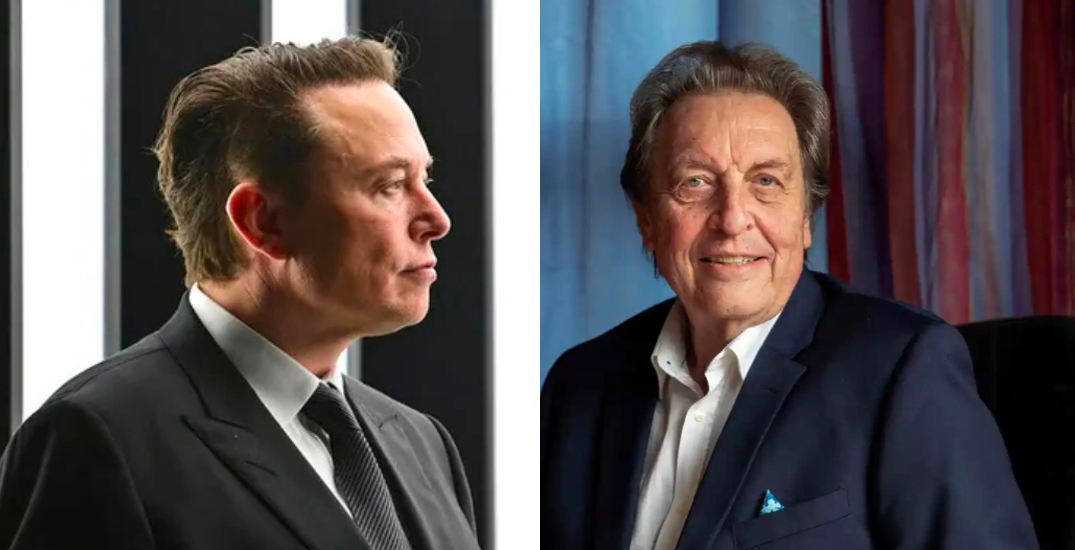 Billionaire Elon Musk’s dad, Errol Musk, dished some pretty edgy takes on his son earlier this week — on the radio, no less.

On Monday’s episode of Australian program The Kyle and Jackie O Show, the 76-year-old went on a spree, roasting his son left and right.

“Your offspring is a genius. He’s worth so much money and has created so many things, you can’t take that away from him,” said host Jackie O. “Are you proud?”

Errol’s answer was pretty straightforward — a resounding “no.”

“You know, we are a family that have been doing a lot of things for a long time. It’s not as if we suddenly started doing something,” he added.

But that wasn’t enough. The South African engineer, who was recently in the press for fathering a child with his own stepdaughter, had quite the supply of digs.

Errol said he didn’t own a single Tesla despite having “a fleet of cars.” He also recommended a certain weight-loss product to Elon, who he believes is “very strongly built, but eating badly.”

The context behind this comment was Elon’s viral beach photos, which surfaced recently on the Internet, sparking memes and debates about body-shaming.

To further add insult to injury, Errol Musk also said that his other son, Kimbal, was his “pride and joy.” The 49-year-old is a successful restauranteur and venture capitalist, who has worked with Elon in the past.

Elon Musk has clarified time and again that he does not wish to have a relationship with his emotionally abusive dad.

“He was such a terrible human being,” he said in a 2017 Rolling Stone interview. “You have no idea. My dad will have a carefully thought-out plan of evil. He will plan evil.”

He mentioned that Errol was also physically abusive towards him when he was very young.

The displeased dad said he still thinks of 50-year-old Elon “as a little boy” despite him being “an old man.”

He expressed concern over how single his eldest son is, due to the fact that he “may never find a woman who will give up her career,” unlike Kimbal and his wife — a completely normal thing to say.