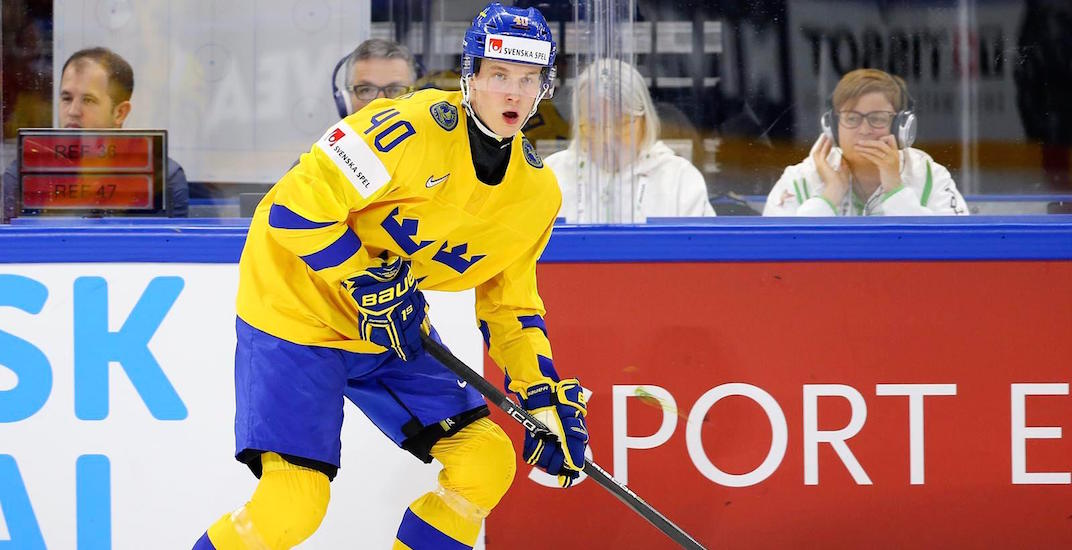 After the year Elias Pettersson had in Sweden, it was only natural to expect him to set the IIHF World Championships ablaze, strapping on another gold helmet as he rode off into the summer as a world champion.

Unfortunately, the final chapter of the Canucks prospect’s season won’t have a happy ending.

Pettersson’s season is over after suffering a thumb injury in Sunday’s game against Switzerland. The injury will require surgery, though it’s not expected to keep him out very long.

Elias Pettersson will have surgery on his injured thumb, according to Sweden's head coach Rikard Grönborg. "It should be healed within in three or four weeks", Grönborg said. #Canucks

Pettersson was given a prominent role for Team Sweden, playing as a top-six forward. He finished the tournament with three points in five games, scoring this beauty against France:

Elias Pettersson just rips it past the French goaltender for his first of the World Championships#Canucks pic.twitter.com/2b2dC3Jfy8

The next step for the 19-year-old is signing a contract with the Canucks, before likely reporting to Young Stars in Penticton. Pettersson will make the move to North America next season, where it is expected that he will earn a full-time spot on the Canucks’ roster.

Much will be expected from Pettersson, who was named MVP during the regular season and playoffs in the Swedish Hockey League this season.