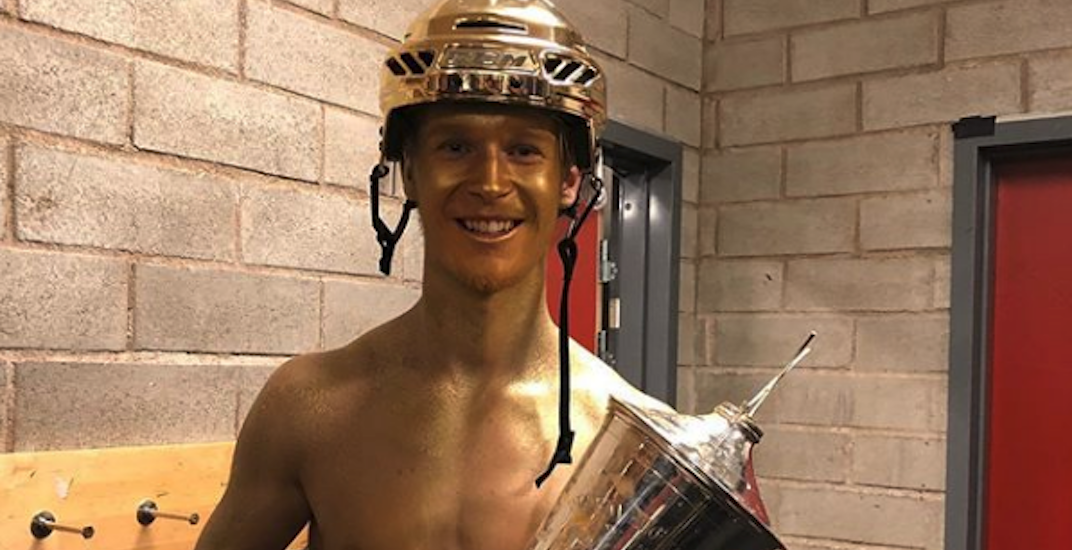 Elias Pettersson’s season has been nothing short of incredible. It was everything Canucks fans hoped for – and even more.

On Monday, the 19-year-old Canucks prospect added another achievement, scoring the first IIHF World Championship goal of his career and adding an assist in a 4-0 victory over France. Canucks goalie Anders Nilsson stopped all 14 shots he faced for the shutout.

“It started really good,” Pettersson told Daily Hive after the game played in Copenhagen. “From the first shift on we got things going and from there I felt confident for the rest of the game.”

Also, Royal Arena looks pretty cool and Copenhagen is a beautiful city! If you’re planning a trip to Europe, it’s definitely worth a visit. #iihfworlds pic.twitter.com/PgRCvjiqVi

Indeed, it didn’t take him long to get his name on the scoresheet. On a team filled with NHL stars, Pettersson was the go-to guy on the power play. To end a 1:46 shift on Sweden’s first man advantage, he set up Calgary Flames forward Mikael Backlund with a beautiful pass through the slot, giving his team a 2-0 lead less than six minutes into the game.

Elias Pettersson picks up his first point of the World Championships – great pass for the Backlund deflection#Canucks pic.twitter.com/qCUEUElSUJ

Then, with 4:20 to go in the third period, he fired a perfect wrist shot past Ronan Quemener for Sweden’s fourth and last goal of the game.

#Canucks prospect Elias Pettersson showed the world his world class curl shot at the #IIHFWorlds today for @Trekronorse 🇸🇪. So much patience when he loads it up. pic.twitter.com/7l7dcIvwyt

“It was the turning point for me because I haven’t played my best in the first two games, so this game was very good for me. I think [getting that first goal] will help me a lot.

“I played a good game today. Of course, it’s a relief to get my first goal and assist, but most of all, it felt good to play a good game.”

After losing the gold medal game at the 2018 World Junior Championship in Buffalo, Pettersson travelled to Denmark for one reason and one reason only.

“We want to win and defend the gold, that’s why we’re here.”

With three wins in three games, the Swedes are certainly on the right track. And going forward, they’ll be able to count on their 19-year-old Canucks prospect.

“Now I’ll try to play my best… No, I will play my best every game to help the team to win.”