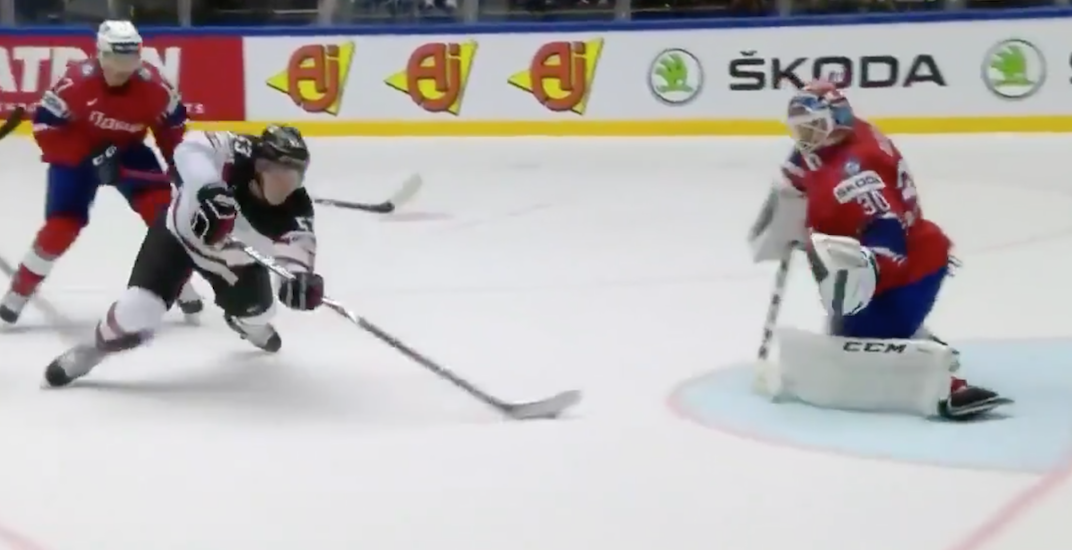 While many of his Canucks teammates began their summer vacations weeks ago, Bo Horvat is hard at work playing for Canada at the IIHF World Hockey Championships.

Playing on a line with Jean-Gabriel Pageau (Ottawa Senators) and Pierre-Luc Dubois (Columbus Blue Jackets), Horvat has been impressive so far for Team Canada. The trio was expected to be the fourth line, but they’ve exceeded expectations.

With two goals and two assists in four games, Horvat is a point-a-game player so far, earning the trust of head coach Bill Peters. The 23-year-old future Canucks captain (?) ranked fourth in average ice time among Canadian forwards through the first three games.

When you consider the group of forwards that Team Canada sent to Denmark is loaded, that’s an impressive achievement.

Check out the game lines for 🇨🇦 against 🇳🇴. #IIHFWorlds pic.twitter.com/4h4qjwDKFf

On Thursday, Horvat put himself onto the highlight reel, scoring a gorgeous shorthanded goal in the first period against Norway.

Horvat dangled one Norwegian defenceman with a toe-drag move, before sliding the puck between the goalie’s legs while falling to the ice after being tripped.

It was a beauty:

But he wasn’t done there.

Horvat scored his second goal of the game in the third period on a nice give-and-go play with Dubois.

.@Canucks‘ @BoHorvat plays a little give and go with Pierre-Luc Dubois and finishes off a tap-in in-front for his second goal of the game to make it 5-0 Team 🇨🇦 over 🇳🇴.#IIHFWorlds 🏒 #Canucks #CBJ pic.twitter.com/Z85ItbmBEW

Canada beat Norway 5-0, improving their record to 3-0-1 through four games, with their only loss coming in a shootout to Team USA in the opening game.