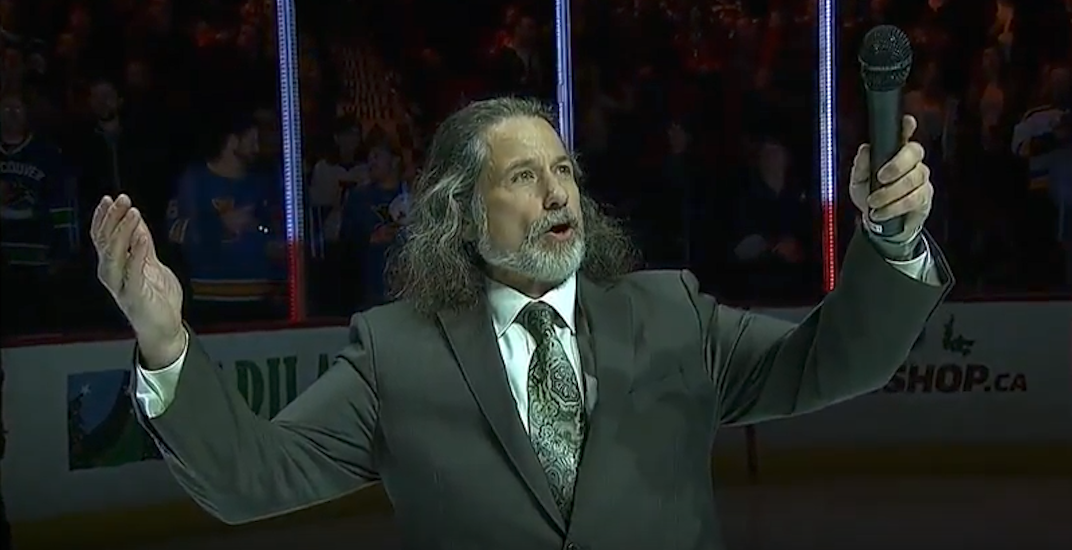 Famous for his rendition of the national anthems at Vancouver Canucks hockey games for nearly two decades, the self-professed Mr. O Canada is getting into politics.

“I believe our federal government, under the leadership of Prime Minister Justin Trudeau, is running Canada off a cliff,” Donnelly announced.

Here’s the open letter in full:

I have some exciting news to share. After considerable thought and reflection, I’ve decided to pursue the Conservative Party nomination for South Surrey-White Rock for the 2019 federal election AND would like your support.

I have lived in White Rock for the past 18 years, home to my family and my business. I was raised in North Delta. Like many young people in Canada, I grew up playing hockey and have been fortunate to merge both my love for the game and my career as a musican with my passion and love for my country.

I believe our federal government, under the leadership of Prime Minister Justin Trudeau, is running Canada off a cliff — our economy and our social principles:

I believe CANADA needs more than ever responsible, reliable, and strong leadership. LET’S DO THIS TOGETHER. Consider becoming a member of the Conservative Party TODAY. This will enable you to vote for me at the upcoming Nomination meeting. Let me be your voice for our community.

Donnelly, who was born and raised in Vancouver, is a professional musician and inspirational speaker when he’s not singing the Canadian and American anthems at hockey games. Ironically, his signature move is not singing, holding up the microphone to the crowd as they sing the words to O Canada.

The next federal election is scheduled to take place in October 2019.