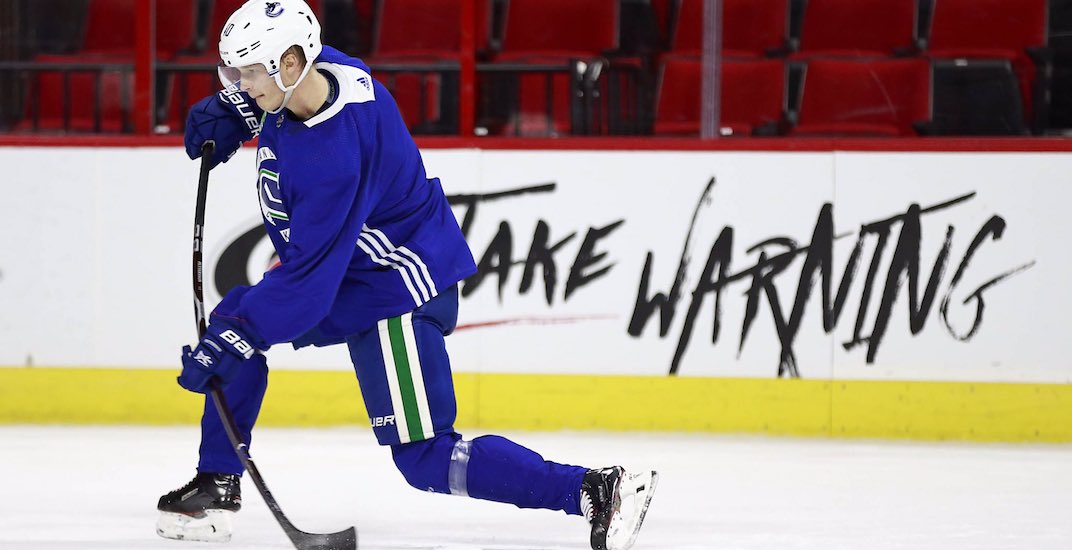 The Canucks aren’t saying much, but it appears that Elias Pettersson is recovering well from the concussion he suffered on Saturday.

Pettersson has remained with the team on the road trip, travelling from Florida to Pittsburgh, and now in Winnipeg. That’s a positive sign, though a brain injury – which is what a concussion is – is tough to predict.

The Canucks will want to be extra cautious with the 19-year-old, who has been outstanding in the first five games of his NHL career, scoring eight points.

Pettersson is still in concussion protocol and is officially listed as day-to-day. The initial report had Pettersson out of the lineup for at least seven days, which would mean he could be back as soon as Saturday’s game against the Boston Bruins.

That’s probably not going to happen, as Pettersson hasn’t resumed skating yet. Green agreed that Pettersson would likely have to participate in a couple of practices before suiting up again.

Pettersson hasn’t been on the ice since suffering the injury, but has worked out off-ice.