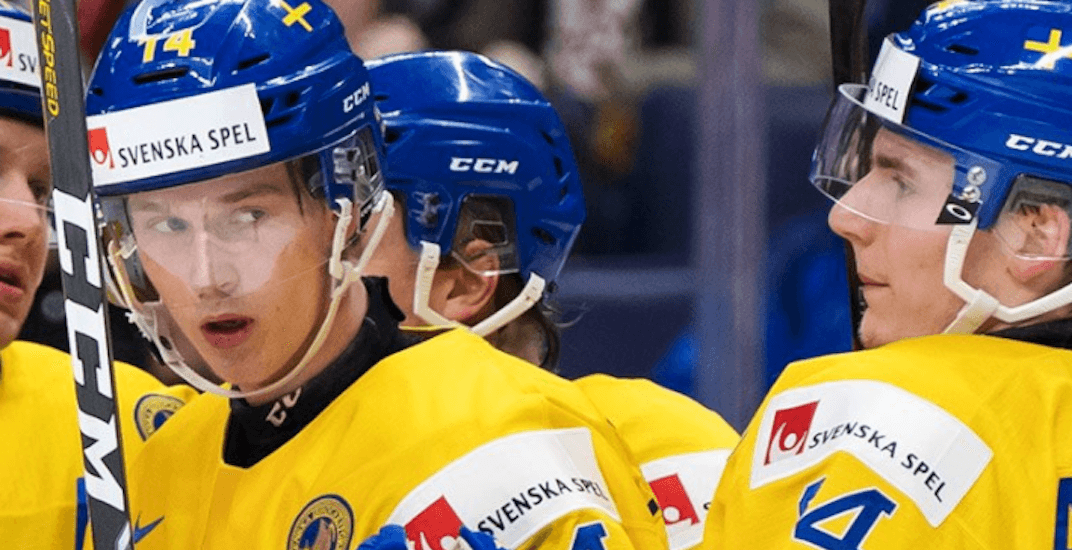 It was just over three months ago that the braintrust in charge of Sweden’s national ice hockey program decided that Elias Pettersson wasn’t good enough to play for his country at the Olympics.

After the Canucks super prospect cemented his name in the Swedish Hockey League history books in the months that followed, they weren’t about to make the same mistake twice.

The 19-year-old forward has been selected to Sweden’s IIHF World Championship roster, which should be a stronger team given that it includes NHL players.

Pettersson will be joined on the team by fellow Canuck, goaltender Anders Nilsson.

With a scoring title, playoff MVP award, and SHL championship under his belt, Pettersson is a logical choice for the team. It’ll be his first chance to play against some elite competition, the likes of which he’ll have to compete against in the NHL.

Also headed to Denmark for tournament that kicks off May 4? Canucks goaltending prospect Michael DiPietro, who in a surprise move, was selected as Canada’s third goalie.

I'm hearing #Canucks prospect goalie Michael DiPietro has been invited by Canada for the World Hockey championships, most likely 3rd goalie. Canucks to be represented by Bo Horvat and DiPietro.

DiPietro, who was picked by the Canucks in the third round of the 2017 NHL Draft, was the last goaltender cut from this year’s World Junior team. Barring injury, DiPietro won’t appear in any games that matter – though it’ll be a great experience for the 18-year-old nonetheless.

“It was nuts, at first I thought it was a joke,” DiPietro told News 1130’s Rick Dhaliwal. “I was awestruck because it’s kind of unheard of for a junior player. I am very honoured to go.”