With their 20-year-old superstar back in the lineup for the first time in six games, the Vancouver Canucks beat the Detroit Red Wings 3-2 Sunday afternoon.

By his own ridiculously high standards, Pettersson wasn’t at his best. And still, he was able to score a goal and an assist, being named the game’s third star.

The Red Wings carried the majority of play through the first 40 minutes, with Vancouver’s lone goal coming from a Pettersson deflection on a Brock Boeser point shot.

Down 2-1 in the final frame, the Canucks staged a third period comeback. Bo Horvat scored his first goal in 12 games, before Antoine Roussel deflected a Jake Virtanen shot with 6:47 left for the game-winner.

Pettersson now has 23 goals and 44 points in 39 games this season, leading the Canucks in both categories.

“I’d rather play than watch, it’s great to be back,” said Pettersson, who made his return in front of family and friends in town from Sweden.

The Canucks have now picked up points in five straight during this homestand, with one more game remaining against Carolina on Wednesday before the All-Star break. With the win, Vancouver is now back in a playoff spot, one point up on Minnesota.

Just one point separates five teams near the playoff bar, with Colorado, Dallas, and Vancouver at 52 points each. Minnesota and Anaheim are right behind, with 51 points apiece. 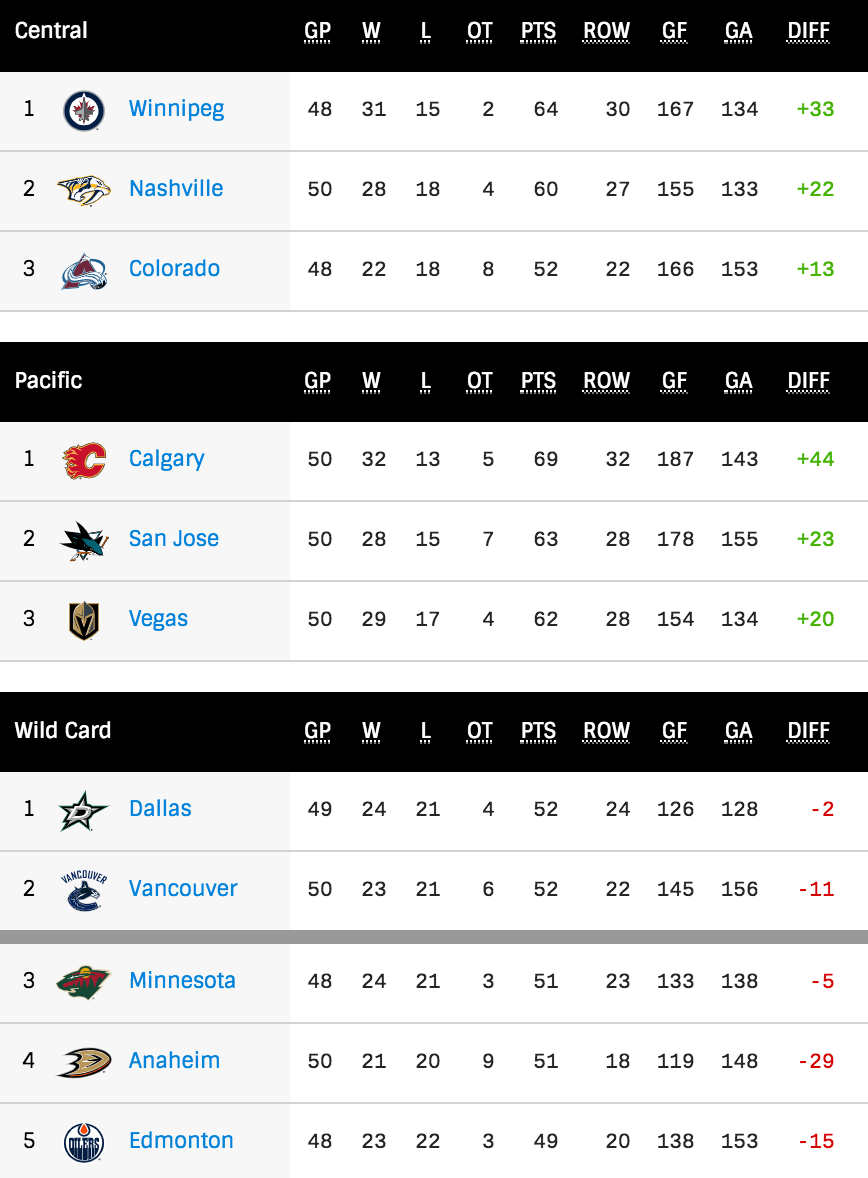