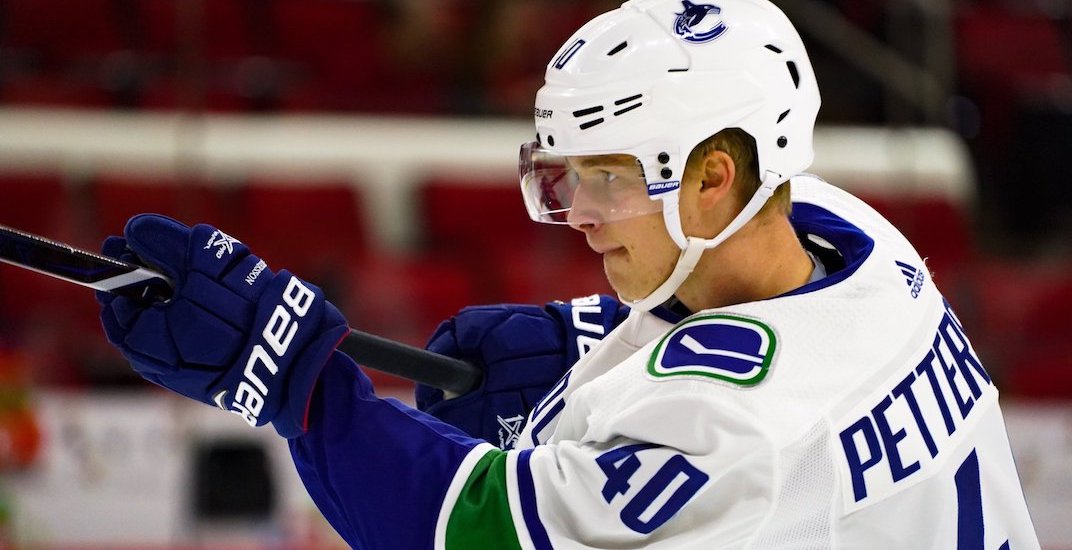 The hype train has officially left the station.

By now, you’ve surely heard of Elias Pettersson and the amazing rookie season he’s having with the Vancouver Canucks. People outside Vancouver have heard, too.

With a 14-point lead over Ottawa’s Colin White, Pettersson is running away with the rookie scoring race. If he stays healthy, he’s a shoo-in for the Calder Trophy. 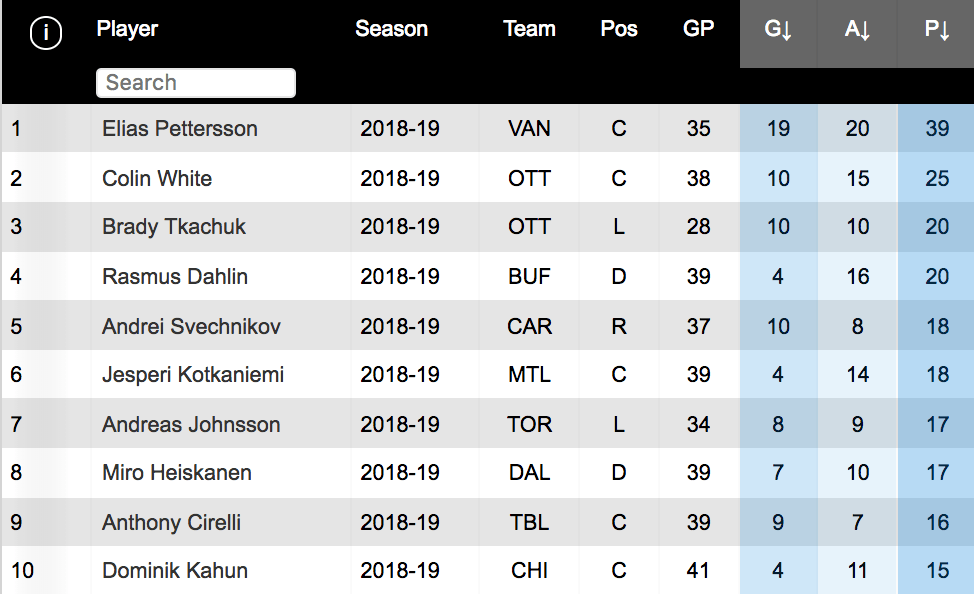 That’s old news though. What’s new is the MVP chatter surrounding him, which began during the first intermission of the Canucks-Flames game on Hockey Night in Canada Saturday.

“Here’s my bold prediction for 2019,” Elliotte Friedman said on the HNIC panel. “Vancouver, I don’t know who on December 29th thought we’d be talking about them being in a playoff position… but if they get in, not only is Pettersson going to win the Calder, but he’s going to be getting MVP votes.”

“A hundred percent,” said Kypreos. “And I don’t think it’s a bold prediction either.”

The last Canucks player to receive a Hart Trophy vote was Henrik Sedin, who got a lone third-place vote in 2013. Henrik is also the only player in Canucks history to win the award, doing so in 2010.

The Canucks’ losing streak, which saw them drop 12 of 13 games beginning in November, seems like a distant memory now. Vancouver is red hot, going 8-2-1 since December 6. The streak has coincided with the team returning to health, and the excellent play of Jacob Markstrom in net.

It has the Canucks back in a playoff race, though most teams still have games in hand on them. 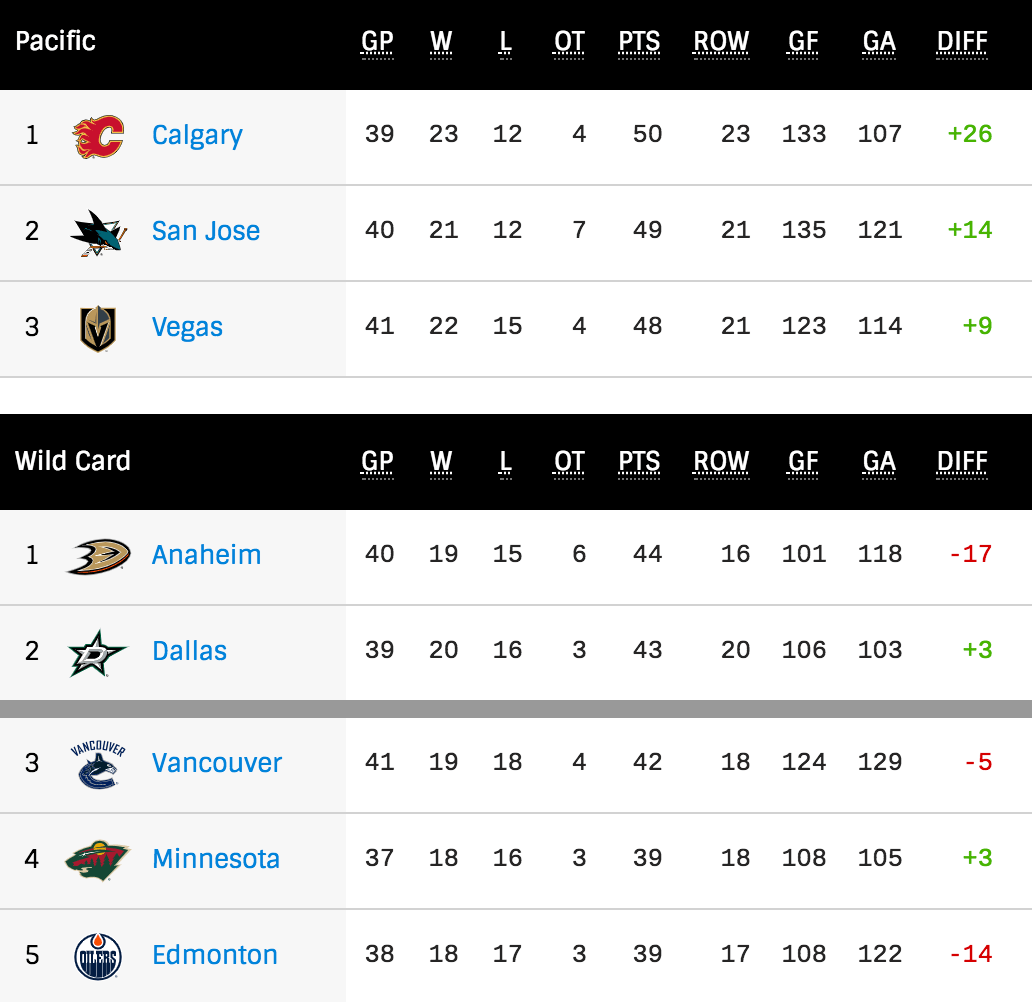 The Canucks are now just one point back of the Dallas Stars for the final playoff spot in the West.

Vancouver was outshot in their last two wins against Edmonton on Thursday and Calgary on Saturday, and the advanced stats suggest they’re getting lucky, but it’s now not inconceivable that the team could make the playoffs in 2019. If they do, the biggest reason why will be their super rookie.

Pettersson has 39 points (19-20-39) in 35 games, and isn’t showing any signs of slowing down. He leads the Canucks in goals, assists, and points, and is a lock to represent his team at the All-Star Game next month.

Pettersson now has a healthy Brock Boeser to play with, which makes the Canucks’ attack much more lethal.

The 20-year-old isn’t close to the league’s scoring leader Nikita Kucherov (63 points in 39 games), but a precedent has already been set for a player like the Canucks rookie to stand a chance of winning the Hart Trophy.

Both Taylor Hall (93 points in 76 games) and Nathan MacKinnon (97 points in 74 games) were nominated for the Hart Trophy last year in large part because they helped underdog teams make the playoffs. The league’s top four scorers, including the best player in the league Connor McDavid who had 108 points, were not nominated.

It has to do with the wording of the award, which is given “to the player adjudged to be the most valuable to his team.”

Pettersson is proving to be valuable for more than his offence too, showing impressive defensive awareness for a player of his age.

Great defensive play by Pettersson defending a 2-on-1 in OT #Canucks pic.twitter.com/nWqDgiqWhy

In Calgary, he successfully defended a two-on-one in overtime, allowing for Alex Edler to score the winner minutes later.

Afterwards, a confident Pettersson was getting sassy with the media.

#Canucks Elias Pettersson, asked about his big two-on-one break-up in OT: "That was Vancouver media's biggest issue with me — that I wasn't good in the defensive zone. But I'm glad to make a defensive play." 👀👀👀

To be nominated for the Hart Trophy, Pettersson will certainly need the Canucks to make the playoffs, but he’ll also need to keep scoring at a torrid pace. Neither one of those things will be easy, but the fact that we’re talking about either one as a possibility is remarkable because they were both pipe dreams three months ago.

He hasn’t done it alone, but Pettersson is the biggest reason why the narrative has changed around the Canucks this season. They may not be a playoff team, and according to the analytics they’re not even a good team yet, but they’re unquestionably fun to watch.

And with Pettersson, Boeser, and Bo Horvat – and Quinn Hughes on the way – it seems as though this team finally has a bright future.