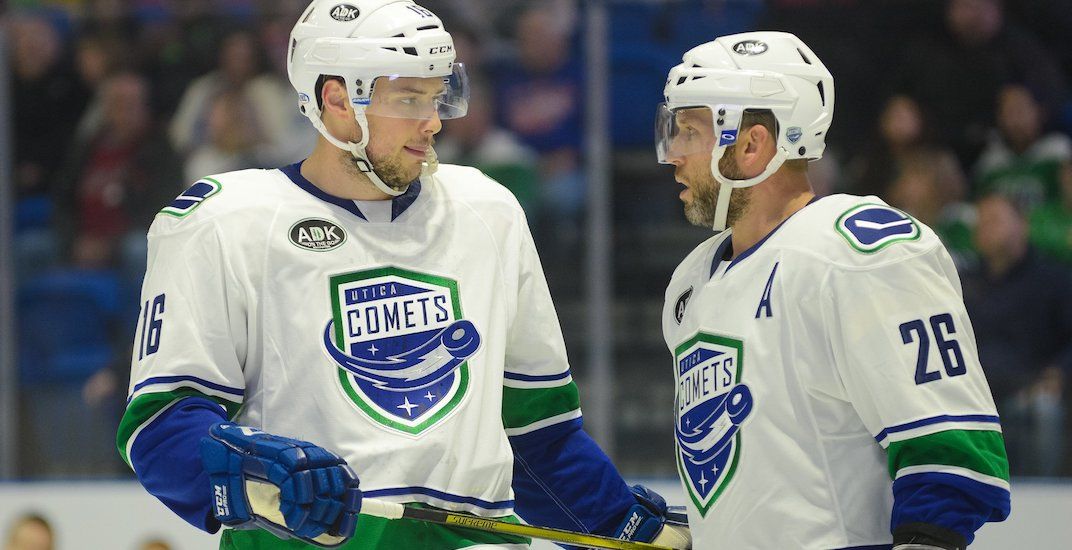 The Vancouver Canucks have signed a multi-year extension with the Utica Comets, their AHL affiliate. Their previous contract was set to expire after this season.

Canucks general manager Jim Benning announced that the deal would allow for an extension of up to six years.

BREAKING: The @Canucks have extended their AHL affiliate deal with the Comets! pic.twitter.com/xbRjrZgZ6k

“I think it is something (both sides) knew was eventually going to happen,” Comets president Rob Esche told reporters in Utica. “It is such a big decision for a team like Vancouver to believe in us the way that they do.”

Though the the new deal could keep Canucks prospects in Utica for up to six more seasons, there are out options after the second and fourth year of the deal according to the Comets beat writer Ben Birnell of the Utica Observer-Dispatch. The contract is similar to the original deal both parties signed in 2013.

The news also means, however, that Abbotsford won’t be seeing an AHL team for the foreseeable future. With seven teams in the AHL’s Pacific Division, the timing would have been perfect to see the Canucks move their farm team to British Columbia.

Moving their farm team closer would have followed a similar trend to Toronto, Montreal, Winnipeg, San Jose, and Los Angeles – NHL teams who all, effectively, have their AHL affiliate in their hometown.

Having a local AHL affiliate offers a number of advantages, though it also presents some challenges. Utica has a relatively easy travel schedule, involving bus rides to nearby cities. The Canucks have previously expressed concern that a team in the Lower Mainland would spend more time traveling and less time practicing.

The Utica Comets became a part of the Vancouver Canucks organization during the 2013-2014 season. The year after that, they won the North Division championship and competed in the Calder Cup Final.

The Comets also hold the record for the longest AHL sellout streak. They’ve sold out 133 consecutive games, a record dating back to April 10, 2015.