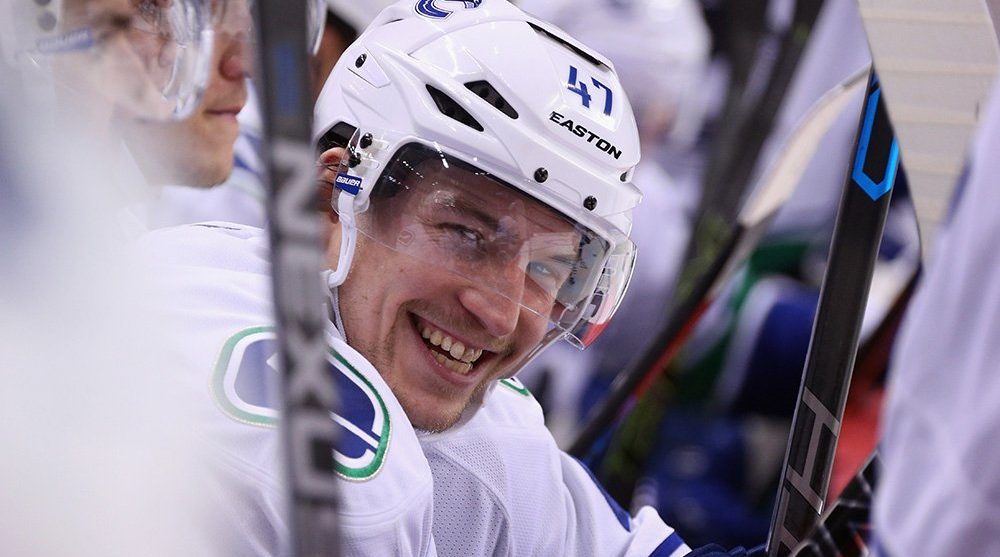 The Vancouver Canucks are finally healthy.

Brandon Sutter is practicing but not yet ready to return to the lineup, but everyone else is good to go.

It appears both Sven Baertschi and Troy Stecher have recovered from their respective concussions and will play tonight in Calgary against the Flames.

Looks like Baertschi and Stecher are good to go, said Coach Green, who wants to talk with the medical staff.

It’s been a long road to recovery for Baertschi, who hasn’t seen game action since being injured against the Vegas Golden Knights on October 24. Stecher hasn’t played since December 18.

With two healthy bodies returning, the Canucks were forced to make a roster move, sending rookie Adam Gaudette back to Utica. The move makes sense to give the 22-year-old more ice time with the Comets, while avoiding having to put another player on waivers.

Morning skate line rushes for the #Canucks in Calgary:

Judging by the lines at the morning skate, expect Baertschi to play on the third line with Markus Granlund and Josh Leivo. Stecher looks like he will be on the second pairing with Ben Hutton.

The Canucks have been on a roll of late, going 7-2-1 in their last 10 games. They could actually pull into the last playoff spot in the Western Conference with a win tonight, if coupled with a Dallas Stars loss.