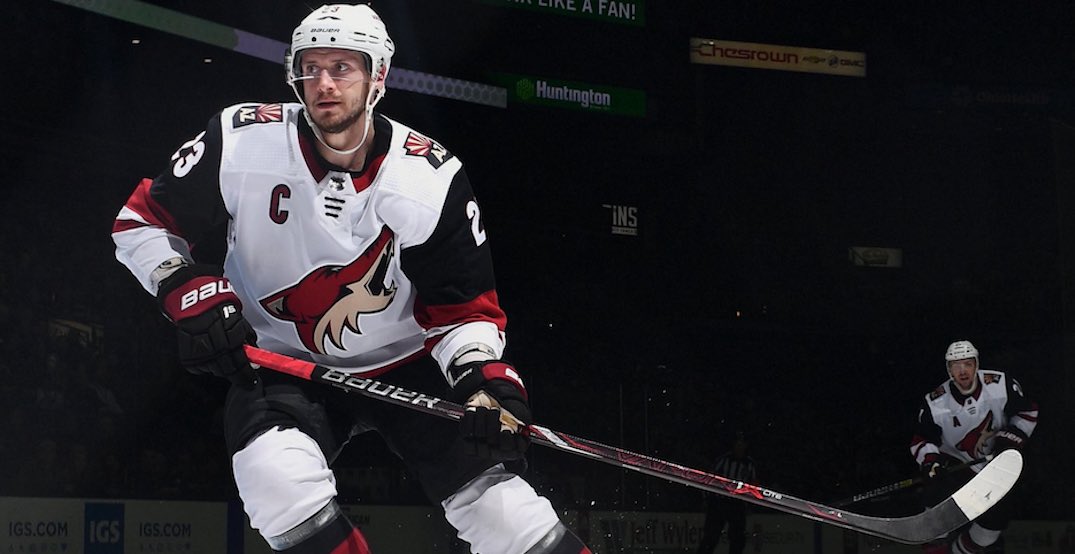 A deadline has been set.

If the Arizona Coyotes want to trade Oliver Ekman-Larsson, they’d better do it Friday — the start of free agency. That’s the deadline that has been set by the Coyotes captain’s agent Kevin Epp, according to a pair of reports this morning from TSN’s Darren Dreger and Sportsnet’s Elliotte Friedman.

Oliver Ekman-Larsson through his agent, Kevin Epp has imposed a Friday deadline for a trade to either Boston or Vancouver. “We think the best option for a trade is before free agency,” Epp told TSN. “If no deal by Friday, Oliver is staying in Arizona.”

Kevin Epp, agent who represents Oliver Ekman-Larsson, has informed the teams involved that the defenceman has set a deadline for the start of free agency on Friday to accept a trade to BOS or VAN. After that, he will close the window and stay a Coyote.

The Coyotes are motivated to trade the 29-year-old due to his contract, which carries an $8.25 million cap hit for seven more years. But unfortunately for them, Ekman-Larsson also has a full no-movement clause in his deal, meaning he ultimately calls the shots in this scenario.

Reports indicate that Ekman-Larsson is willing to accept a trade to just two teams, the Vancouver Canucks or the Boston Bruins. Neither team has a first-round pick in today’s draft, which is what Arizona is believed to be after.

Boston, like Vancouver, has about $14 million in projected cap space but have free agents of their own that they need to re-sign.

With just two teams able to bid on Ekman-Larsson, perhaps he can be had at a bargain price — a price worth the salary cap gymnastics that would need to be done to compensate for such a move.

Without a first or second round pick in this year’s draft, the Canucks would likely need to offer up a draft pick in next year’s draft, plus a prospect, in order to get it done. They could also try to acquire a draft pick to use in a deal with the Coyotes.

The Canucks would likely need to include a player with an undesirable cap hit in the deal — perhaps Loui Eriksson (cap hit: $6 million) given there’s only $5 million in real money left on the final two years his contract, though the 35-year-old has a limited no-trade clause.

The next four days promises to be busy for Canucks GM Jim Benning, who has a multitude of free agents to sign, including UFAs like Jacob Markstrom, Tyler Toffoli, and Chris Tanev, as well as RFAs like Jake Virtanen and Troy Stecher.