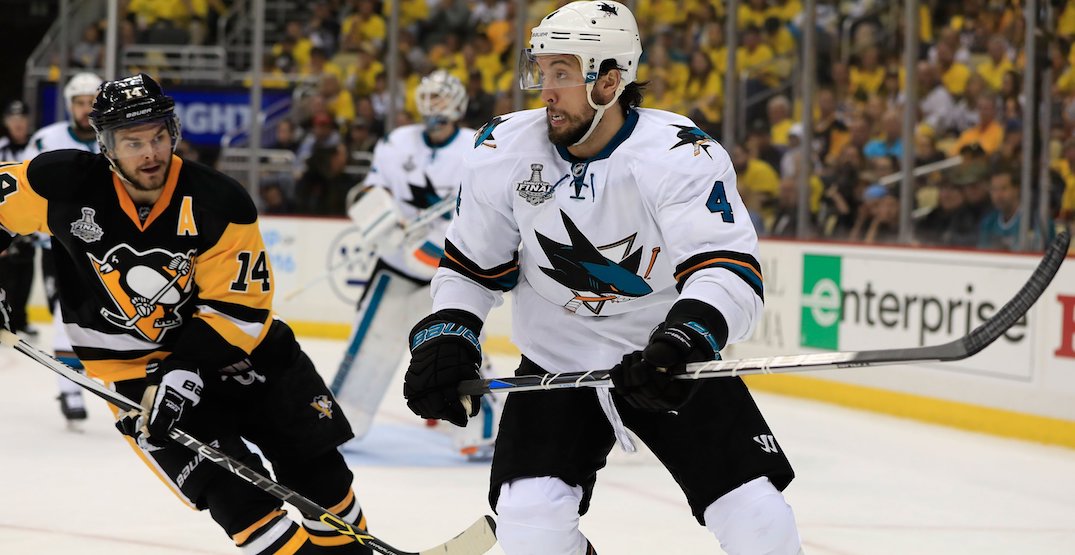 With a week to go before the start of NHL free agency, Brenden Dillon is still without a contract.

While he’s still holding out hope of returning to the Caps next season, the Surrey product isn’t shy about his interest in playing for his hometown team.

“Any Surrey hometown kid that grew up watching the Canucks would love to play for the Canucks,” Dillon said today in an interview on TSN 1040. “I think from an organization standpoint, to the players that you talk to that have played for the Canucks, to the fanbase, to the arena, it’s obviously got to be a great place to play and would definitely be a place that I’d be interested in.”

LISTEN Dillon: Any Surrey kid would love to play for Canucks; Vancouver ticks all the boxes

Hot Audio is powered by North Beach Agency, get a free digital & social audit for your business https://t.co/H1kXEO1tTshttps://t.co/FR7tHMc7KE

Dillon confirmed with hosts Bob Marjanovich and Rick Dhaliwal that he grew up a Canucks fan, saying, “I had the Pavel Bure posters on my wall, big Roberto Luongo fan.”

The 29-year-old blueliner still spends his off-seasons in Vancouver, and it’s clear from his comments that he loves the city. But Dillon’s desire to play for the Canucks goes beyond the lure of playing in front of family and friends.

“Us as hockey players, we watch the playoffs, we see how teams are doing and how they’re progressing and you want to be part of a winner,” he said. “To be a Canuck right now is a fun time. To see how well they’re doing and that better days are still ahead of them. I think it’s got to be one of the top cities that you’d want to be a part of.”

A left-shot defenceman, Dillon is most well suited to playing on a third pairing. At 6-foot-4 and 225 pounds, he’s an intimidating presence, providing toughness on the back end. He averaged 19:27 of ice time last season, including 2:07 per game on the penalty kill.

Dillon doesn’t provide much in the way of offence, as his career-high point total is 22, and he contributed only 14 points last season. But on a bad Sharks team this year, Dillon had a 51.78 Corsi-for percentage, which ranked second only to Erik Karlsson among Sharks defencemen that played at least 40 games.

Given the Canucks’ blue line could use some more size and toughness, Dillon would be a good fit. But as with all moves the team makes this offseason, the biggest question will be about dollars and cents.

Dillon is coming off a contract that had a $3.27 million average annual value. If he goes unsigned by the Capitals, this would mark the first time Dillon entered unrestricted free agency, which is usually when players try to hit a home run on their contract.

But given that every NHL team is losing money during the pandemic, money could be in short supply and a player like Dillon might feel the squeeze. If that’s the case, perhaps signing for less money in Vancouver on a short term deal will be appealing for Dillon.

We’ll find out on October 9.