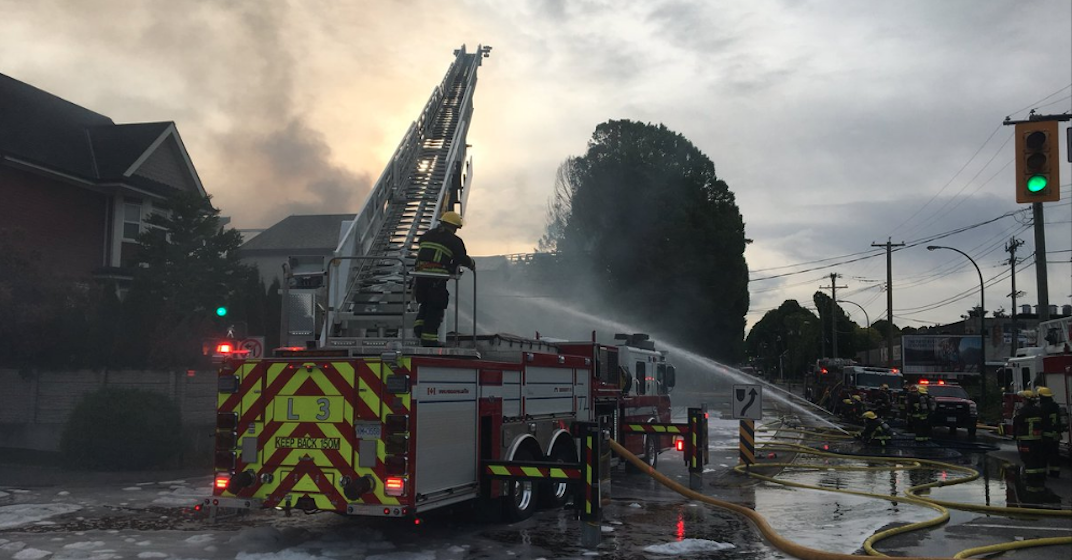 Vancouver Fire and Rescue was called to around 6 am to a house fire in the 300-block of Prior Street between Gore Avenue and Malkin Avenue.

According to Vancouver Fire and Rescue, approximately 45 firefighters were called in to battle the blaze, which sent thick plumes of smoke and flames shooting into the sky.

The Georgia viaduct is currently inaccessible.