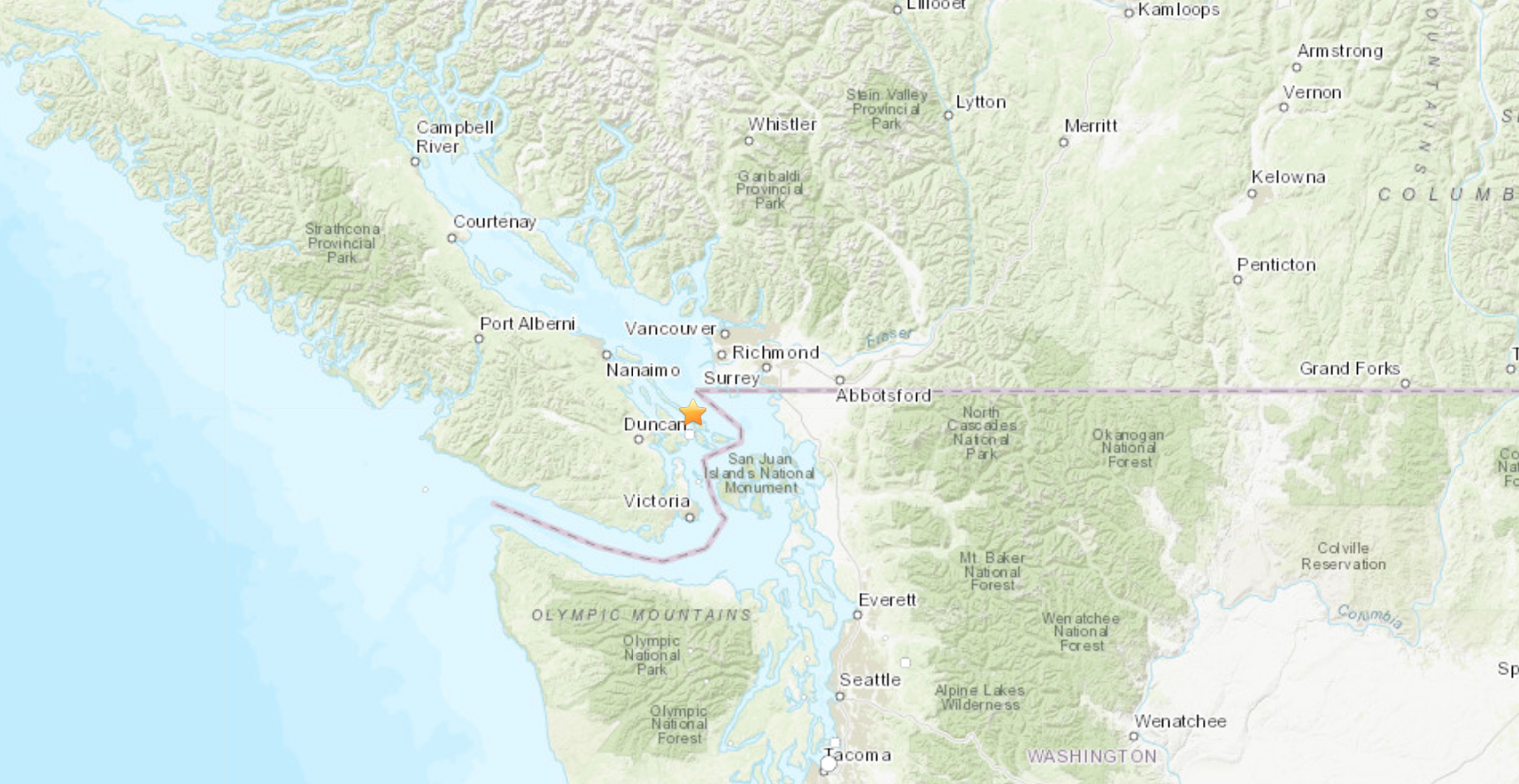 A small earthquake was recorded between Metro Vancouver and Vancouver Island Friday morning, and many residents took to social media to ask if others felt it.

The earthquake was a magnitude 3.6, just reaching the range where tremors are generally felt on the surface level. According to the Government of Canada’s website, earthquakes of this strength rarely cause damage.

The quake was recorded approximately 24 kilometres south of Tsawwassen and happened just after 4 am.

Lower Mainland residents who posted comments on Reddit reported feeling it in Vancouver, Delta, Surrey, the Tri-Cities, and as far away as Mission.